Can you feel that buzz in the air? It’s the collective excitement of kids across the country who are thisclose to getting out of school for the summer.

And I’m getting caught up in it too. Oh, I know it’s no longer fashionable to admit to loving summer break. I’ve heard the debates about the irrelevance of the agrarian calendar in our 2015, about “summer slide,” about the difficulties summer break puts on working parents, and I agree with many points the summer-detractors pose. But to me, there’s something so intoxicating about the idea of an old-fashioned, lazy summer. It’s a throwback, yes, but the kind I’m loathe to let go of.

Because while I’ve heard arguments that a year-round school schedule would lead to less stress for kids and parents alike, spreading school workloads and child-care needs out over a year, part of me thinks it wouldn’t really work out that way. A two-week break is lovely, but when the return to the grind is imminent, it’s in the back of everyone’s mind all the time. And if the breaks were shorter, I worry that school would slowly start to seep in, the longer year seen as an excuse to pack in more, more, more. 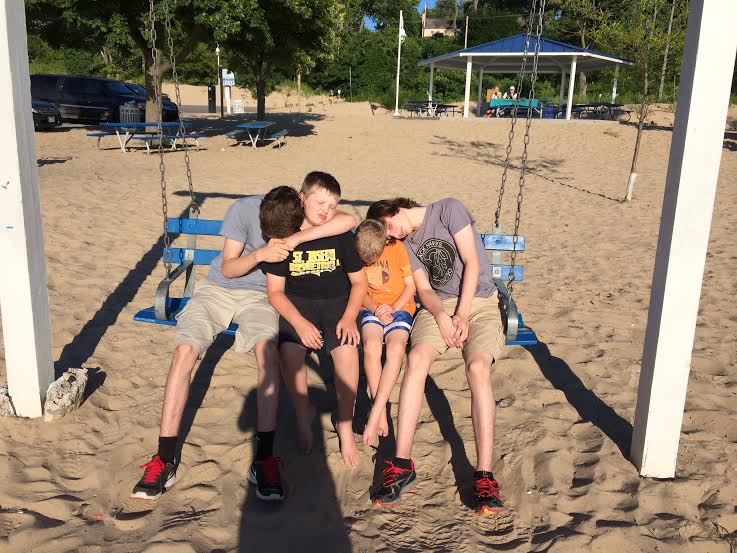 I don’t fear summer slide, because there are things just as important to me as academic progress, like lying in the grass and watching bugs crawl, or splashing in the lake, or spending long evenings watching fireflies in the yard, without having to save brain space for worrying over whether I checked the kids’ homework logs or have a field trip coming up and did I buy brown paper bags for the sack lunches? Three months is more than a blip…it’s a true break.

Sometimes we – and our kids – just really need a rest from it all, and a three-month recess that clearly marks the space between one academic year and another gives us the gift not only of saying “goodbye” to one experience, but also “hello” to a fresh start later. At least, that’s the way I look at summer break, and so while I’m sure there are times I’ll be throwing up my hands in frustration because why are they all so loud when I’m trying to work and why are they begging for snacks every five minutes, overall, an extended vacation is totally worth the tradeoffs to me.

Besides, my teacher friends seem to universally love their three-month break…and I figure if anyone deserves the break after dealing with my kids this year, it’s their teachers!

In other news, I’ve got a busy June coming up! For the last two months, I’ve been rehearsing for a local production of the musical Nunsense, which will run every weekend in June. I play Sister Mary Leo, who is both a novice nun AND a ballerina. Now, I probably don’t have to tell you that I am not quite as young as Julie Andrews was in The Sound of Music, so playing a young “beginner” nun is a bit of a stretch. But ballet! I am also most decidedly NOT a ballerina, so I’ve been relying on our Sarah for tips on everything from landing a tour jeté to the best tights. (Did you know that Sarah was a professional ballerina in an earlier life?)

Anyway, it’s been a really fun process and I am thrilled with how the show is shaping up, but it’s been a huge challenge for me in more ways than one. Here’s a photo from last night’s dress rehearsal. Can’t wait for opening night Friday! And can I mention that if it weren’t for my kids having June off of school, it would be much more difficult for me to put in the late nights required to do something like this for myself? 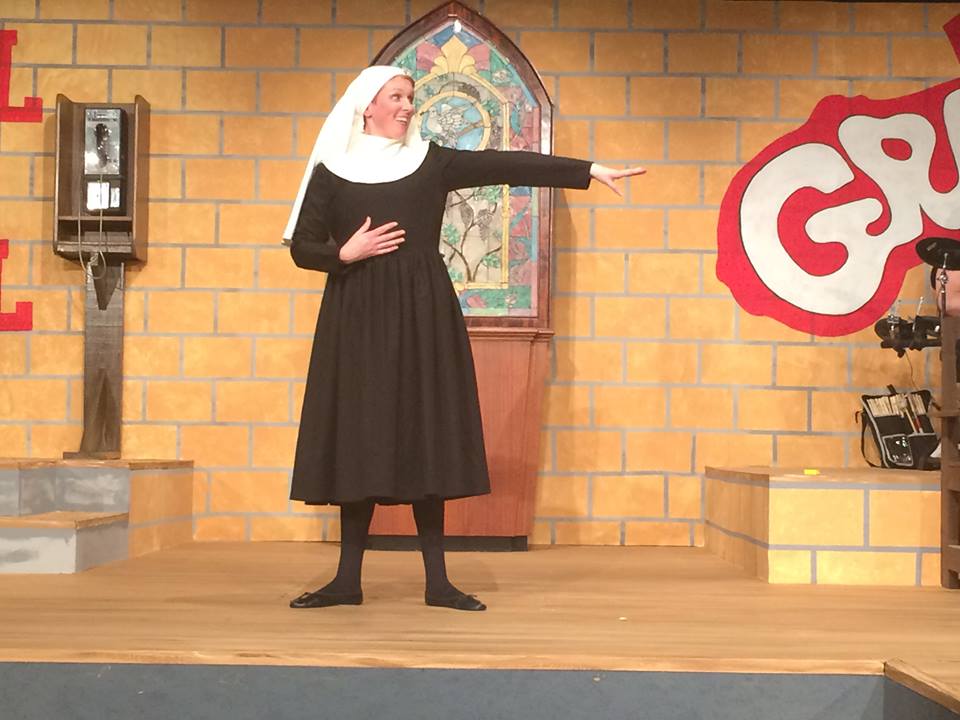 Well, that’s my update for the month! As for our family this summer, we’ll be doing the usual – lots of hanging out with family and friends, trips to the park and beach, a road trip or two. Jon and I will still have work to do and a house to run, so more or less, life will just be life…albeit with a slower cadence, warmer weather and more chilled drinks.

Still, given the choice, I wouldn’t give up the next three months, and plan on relishing our summer “vacation” as much as possible.

What are your thoughts on summer break? Share them with us below!