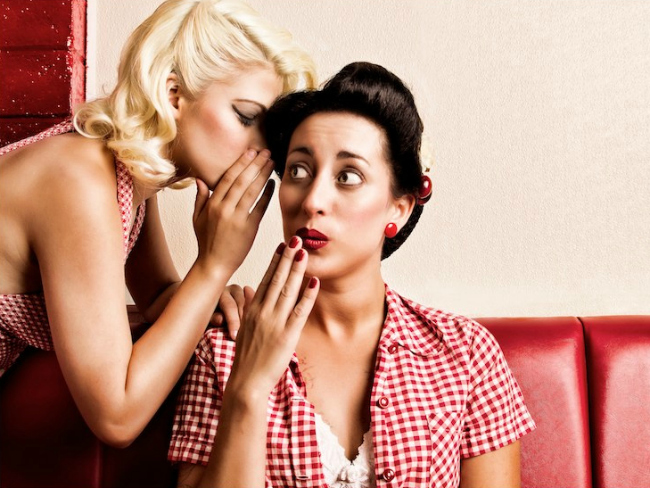 Recently I asked readers to tell me their biggest keeping-the-house-clean challenges. Although you each have your own most-hated household tasks (mine would be mopping the floor) a couple of broader themes emerged:

I can’t say I’m surprised. I’ve experienced each of those four obstacles during my tenure as a mom, and I have heard hundreds of other mothers complain about those very issues many times. To that list, I’d add a few roadblocks of my own:

So here’s the part where I share some disappointing news: there is no secret to keeping a cleaner house. No magic formula, no life-altering tool that will, as if charmed, get up and clean the room itself. In fact, if you haven’t already learned this hard truth, despite the suggestions made in the commercials, Scrubbing Bubbles do not actually fly around your bathtub on tiny brushes doing all the work for you. I know. Bummer.

I recently wrote an article on speed-cleaning tips for a parenting magazine, interviewing dozens and dozens of parents and homemakers along the way. While there were a few tricks that were new to me–like putting a bowl of water in the microwave to loosen dried-on spills and splatters–most of the tips I picked up were far less magical: Prioritize. Take advantage of five minutes here and ten minutes there. Train your kids to help out. Get rid of stuff you don’t need. Make sure everything has a home.

But there’s some comfort in that, too, isn’t there? There is no secret to keeping a cleaner house. That means there’s no reason why you can’t keep a clean-enough house, too.

First, I want to be very clear what I’m talking about when I say “a clean-enough” house. My house is definitely clean enough, most of the time, to keep me happy. However, there are cobwebs in my ceiling corners, dust on many surfaces, the inside of my fridge isn’t exactly company-ready, and I don’t even want to know what’s lurking under my bed.

In short? To me, clean-enough isn’t even close to white-glove perfection. Instead, it means:

And…that’s about it. If my house meets those criteria, I can concentrate enough to work, I can relax enough to play a game of Sorry! with the kids. If it doesn’t, I feel boxed-in, anxious and low energy.

So if there are no secrets to having a cleaner house, why is it so hard?

I believe that in order to have a peaceful relationship with the state of your home, you have to embrace these three principles:

“Clean enough” is good enough. Do not let the perfect be the enemy of the good-enough. You have to give yourself permission to keep things only as clean as they need to be, give your kids and spouse permission to complete household tasks differently than you might in your fantasy world, and most important, give everyone–yourself included–permission to live in your home, even if that means you mess it back up again.

You are responsible for seeking your own cleanliness happiness. I’m not letting spouses and kids off the hook or saying they shouldn’t have to pull their weight–far from it. But if you’re the one who hates the sight of a dirty floor, and you refuse to mop it because you’re waiting for somebody else to take the initiative, and then you’re miserable every time you see it…well, you’re just punishing yourself. There are smart, sane ways to delegate and divide household labor–including hiring someone to do it for you (no, it’s not just for the rich and famous).

Realize that it’s for your own good. It’s a lot easier to function when you know where things are, and it’s a lot cheerier to live in a relatively neat, tidy, and fresh-smelling home than a messy, dingy, funky-smelling cave. Keeping your surroundings nice is something you do for yourself, not something other people make you do.

Most importantly, moms have to embrace the endlessness. You know that funny quote about how trying to clean while children are still growing is like trying to shovel when it’s still snowing? So true! So we should just recognize how futile it is and stop trying, right? Well, no.

Swimming against the tide is frustrating and tiring and you might not make much visible progress, but it’s better than being swept out to sea. Look at it this way: every day you brush your teeth, and then you eat and they get dirty, so you brush them again–you probably don’t sit and think about how unfair it is that they went and got grungy again, do you? The fact is, life is made up of many series of endless, repeated tasks, and motherhood amplifies them. The quicker you accept that and try to work with it instead of rebel against it, the happier you’ll be.