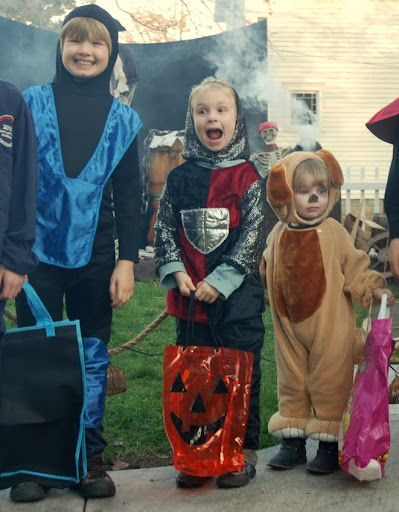 Will, Owen, and Clara, in many-times-before-used costumes.

It’s been a fun, but exhausting few days.

First, we tried like crazy to finish our kitchen renovation by the weekend, but no dice. There were simply too many moving parts, and too many unexpected surprises along the way. As of Friday, the room was still pretty much an empty square.

Which was unfortunate, because we had a party planned for Saturday night, and I’d invited, like, 40 people.

But Saturday morning dawned bright and early with the appliance delivery guys knocking at the front door…after they’d tripped the alarm my husband had rigged to the front gate to keep neighborhood kids from messing with our Halloween haunt.

Oh, didn’t I tell you about The Haunt?

That’s another post for another day – I promise I’ll post lots of pics and video, too – but let’s just say my brother-in-law and my husband have been hard at work on an impressive Halloween yard display for the last month. So impressive – and so hard at work – that I have been known to say, “I don’t want to HEAR the word ‘Halloween’ again until the deck is stained!”

In the end, though, it turned out pretty dang cool. 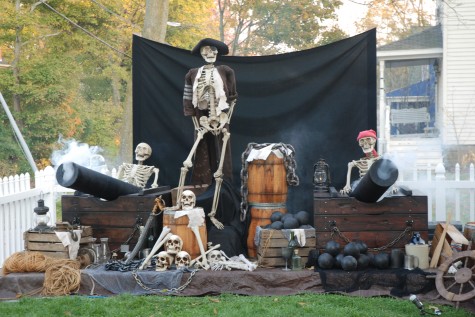 Anyway, as you can imagine the house was a wee bit chaotic Saturday as my sister and I tried to get the house ready for a party, the kids ran around with their cousins, and the guys finished the haunt, while a plumber, an electrician, and various other helpers and workers went about their work getting our gorgeous new appliances plugged in and (mostly) working. 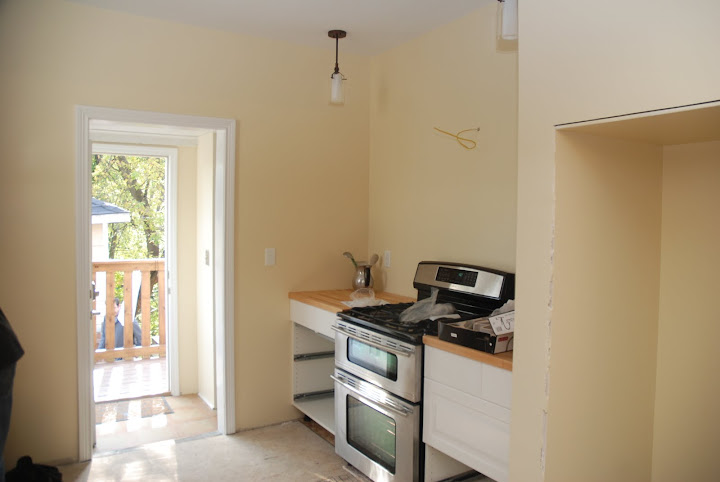 It's not there yet, but it's getting close!

So what if the water was shut off for about two hours, just prior to the party? I got a shower with 20 minutes to spare, and was able to transform my grubby self into this:

I was Billy Idol, which exactly zero people guessed, though I was identified as Sid Vicious, Johnny Rotten, and “a punk rocker.”

Almost everybody dressed up for the party, which I loved. My brother John’s costume might have been my favorite.

I’m not exactly sure what he was supposed to be, but it was awesome. Then when he wore my baby niece Luna in the sling, we decided he looked like a rather brawny Medieval wetnurse. It’s creepy. But funny. 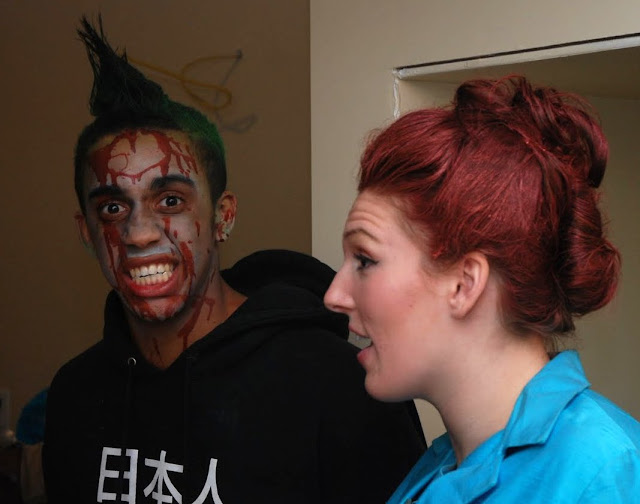 My nephew Mario (the blood is pretend, but the mohawk is totally authentic) and his girlfriend Danielle, who’s dressed as Joan from Mad Men. 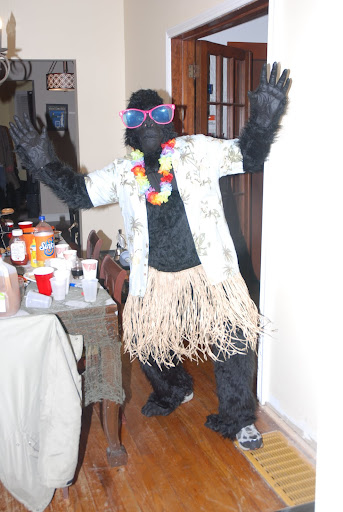 No party is complete without a Hawaiian gorilla. (My brother-in-law, Scott.)

Everyone had a lot of fun playing with the photo booth we set up using the the Pocketbooth app on my Xoom (courtesy of Verizon Wireless):

I guess we were kind of crazy to throw a party in the middle of a kitchen remodel, but it seemed like everyone had a pretty good time. 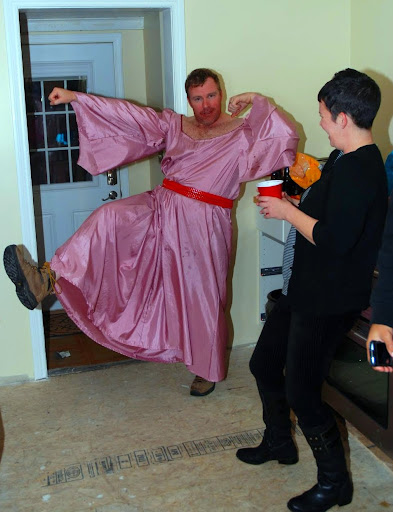 I’m not even sure they noticed we still don’t have a kitchen floor.

As for today? Predictably, we spent the afternoon mapping out a plan and getting costumed, the evening trick-or-treating around the neighborhood (I don’t think I’ve ever heard anything as cute as Clara piping, “Twick or tweat! Thank youuu!”), and the last hour before bedtime nibbling ourselves into a sugary daze. Now it’s time for this mama to go to bed. No Mindful Monday this week for me, because I already know what I’ll be spending the next seven days doing…putting away Halloween stuff and hopefully, getting a kitchen floor!

How was your Halloween?