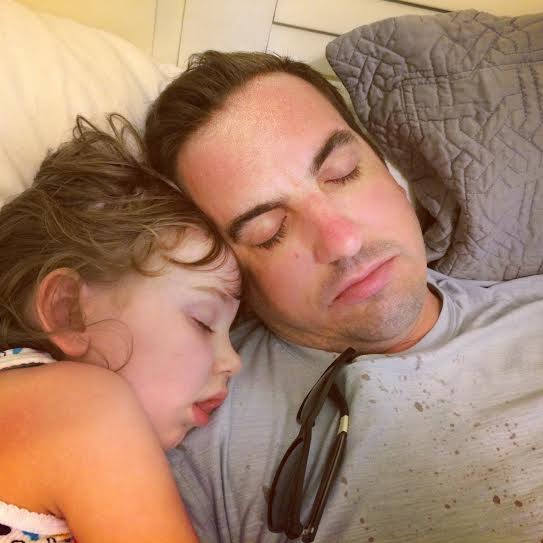 Confession time: Up until a few days ago I had no idea Father’s Day was this weekend.

For some reason I had next Sunday in my head, to the point where I even got in a debate with a friend about it, totally confident that I had it right.What can I say? Like Mother’s Day, Father’s Day is one of those holidays that just doesn’t get a ton of attention in our house.

But now that my eyes have been opened – since Thursday, at least – I’ve been paying more attention to the Father’s Day coverage on the radio, websites, and what I’m seeing shared on Facebook. And like usual, so much of it is disappointing.

Take, for example, the graphic I scrolled past a half-hour ago, pausing only to let out a disgusted “UGH!” Published by a major family-oriented media company, the chart was made up of : “Mother: Carried child for nine long months before enduring the pain of childbirth. Father: Had sex.” or, “Mother: Carefully considers child’s wellbeing. Father: Can throw baby, like, ten feet in the air!”

Call me a curmudgeon, but I just don’t find the tired old jokes surrounding dads, their roles in the family, and their interest in actually parenting their kids very funny. Why haven’t we evolved past this kind of so-called humor yet? It’s been stale since my husband first became a dad, but sixteen-plus years later, the Father’s Day cards and commercials revolving around beer, fart jokes, and general incompetence still reign.

And sure, as with any stereotypes, there’s a nugget of truth in those generalizations: yes, my husband likes tools and technology more than I do, he roughhouses with the kids more than I do, and no, he didn’t have to carry a baby (or five) in his body.

But there’s so much more to any dad’s story than hogging the remote and knocking back brewskis. And since Father’s Day cards aren’t really my thing, I figured that instead I’d take this opportunity to point out the kinds of things real dads – not the caricatures of fathers in commercials, cartoons, sitcoms and greeting cards – do, every day: 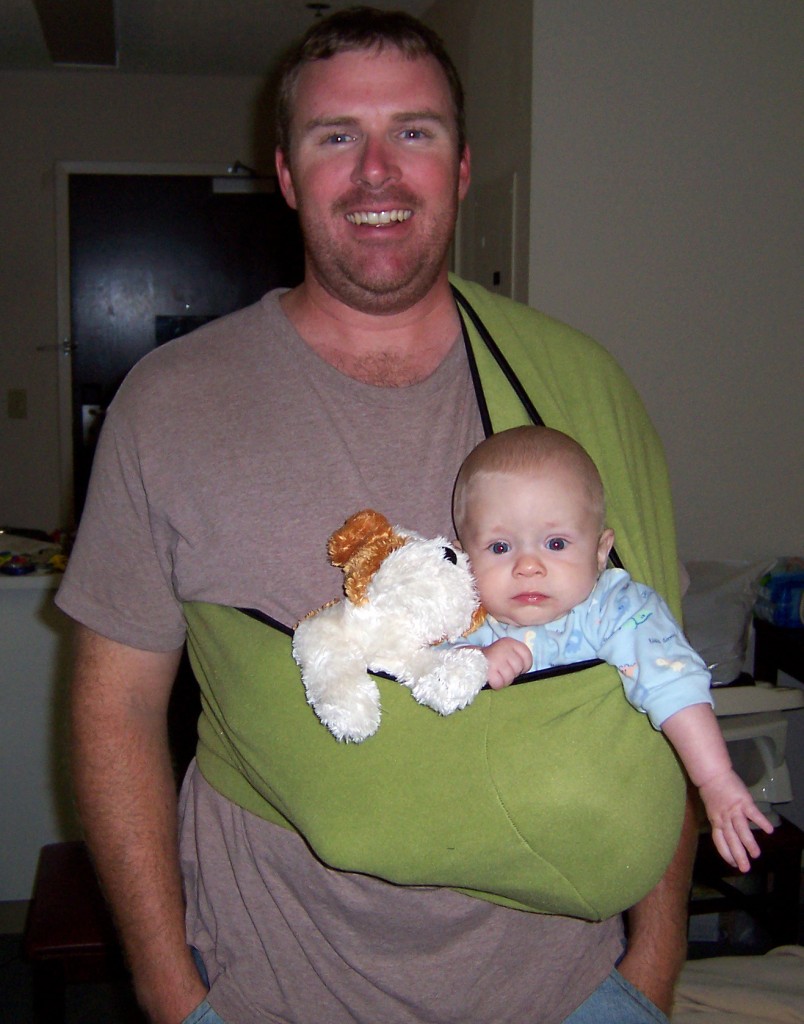 one of my favorite pictures of my brother John wearing my nephew Jack.

Real dads carry babies. And they don’t drop them. (Well, any more than moms do, in my experience.) If I could only go back in time and record all the times Jon walked our halls with a wide-awake newborn so I could sleep…it would be a very, very long (and sweet) video.

Real dads are sometimes more laissez-faire and playful than moms. But often dads are the ones padding the coffee-table corners and setting down strict rules. In our house, Jon is known as the parent much more likely to say “no” or enforce safety restrictions than I am. Sometimes I’m right, sometimes he is, but the important part is that we balance each other out.

Real dads know how to change diapers and may even have a more efficient method than Mom (this was definitely true in our house, where I somehow managed to go through a dozen wipes with each change, while Jon made neat use of a single wipe or two even on the biggest messes. Still not sure how he did it.)

Real dads watch their partners give birth without passing out and can even, gasp, act as an essential source of support, knowledge and strength. 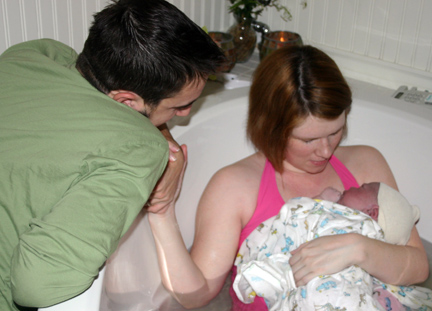 I will never stop sharing this picture, sorry.

Due to circumstances like deployment or becoming a dad via adoption, not every father I know has had the opportunity to be present for the birth of his child, carry his newborn, or display his mad diaper-changing skills. But almost every dad I know has a lot more to offer than the barely-civilized caveman stereotype we’re still being fed via these unoriginal and frankly, not very funny images.

Dads button shirts, snap pants and tie shoes (and not just their own.)

Dads can be providers, but they are also nurturers and teachers.

Like moms, dads love their kids desperately. And while mothers and fathers might express their love in different ways (for example, in our house Mom makes most of the meals while Dad maintains charge in the 189 batteries necessary for life as we know it) I think it’s time we acknowledge that modern fatherhood looks nothing like those greeting cards depict it…if, in fact, it ever did.

So whether or not you make a big deal over Father’s Day or, like me, feel like it sneaks up on you every year, I hope you’ll give a “real” dad in your life some love today.

Look for ways to make his life a little better.  Maybe take a few minutes to choose a Father’s Day card that defies the tired old generalizations and pick one that’s a better representation of what you know a dad to be. (Minted.com has a great selection of non-offensive Father’s Day cards – too late for this year, but something to file away for the future.)

Or forget the card and just tell him what you appreciate about him.

Because I bet if you sat down and made a list of all the things you love about the dad in your life, you could do a lot better than a fart joke.

Every Sunday morning I share a moment from my week and something it illustrated about motherhood, family life, or simply being human. You can catch up on more Sunday Morning Tea posts right here.