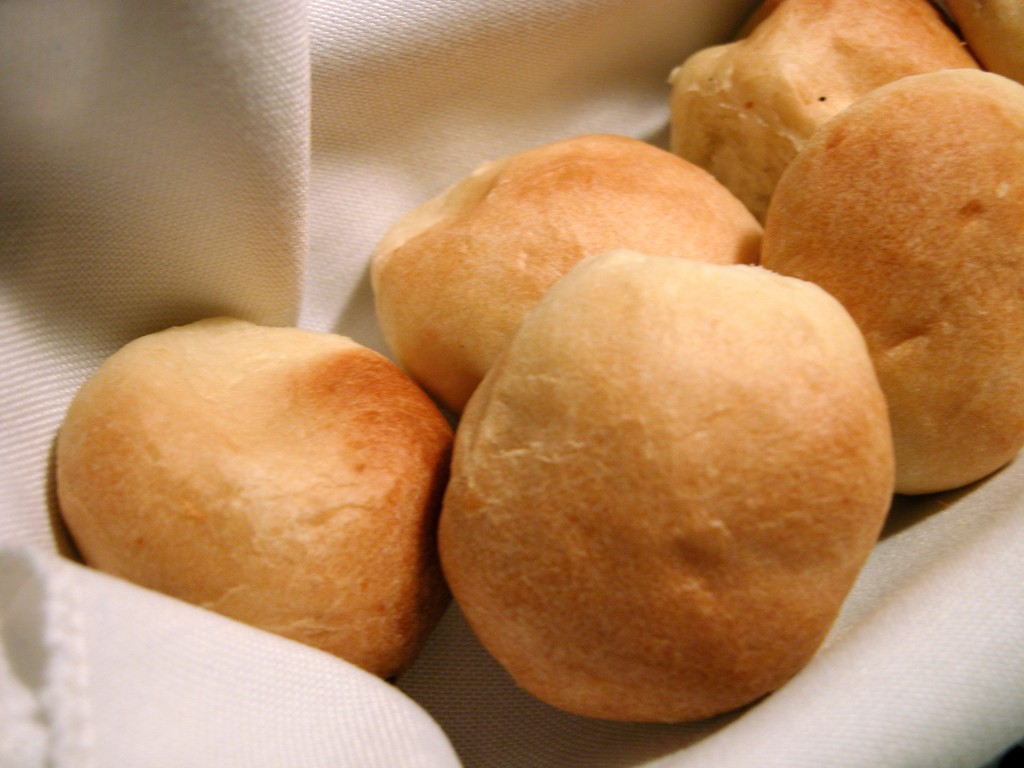 I’m working at Panera right now, and I am not eating a cream-cheese pastry, even though I would really, really like to be.

Such is evidence of my Mindful Monday intention for the week: eat better, and keep eating better.

As you know if you’re a regular reader, I’ve been working out for quite some time now. But even with all that consistent movement, I have not seen the scale budge – if anything, I’ve gained a little. I know some of that might be due to increased muscle, but it was discouraging not to have any quantifiable signs of progress after all that sweat.

So I took a hard look at my diet, tracking what I ate for a few days. And as it turns out, my diet had come to consist of three basic food groups: “bread”, “more bread”, and “a little bit of other stuff.”

I’d start with my morning toast, which is reasonable enough. But then a couple of hours later I’d be hungry again, and might have a half sandwich to fill the gap until lunch. Then it’s on to lunch, which tended to be – you guessed it! – a sandwich. Bread with dinner, and maybe more bread as a snack before bed, or crackers, which are basically flat, crispy bread (mm, crispy, crispy bread…)

Basically, I was eating the equivalent of half a loaf of bread or more most days, mostly for the convenience. I mean, even a bread-lover like me gets weary after the fourth peanut-butter sandwich. I had just gotten busy, lazy, and bored with eating – especially during the first half of the day – and needed to shake things up a little.

Last week I decided to experiment with loosely following a Primal diet, (similar to the Paleo diet, but the Primal Blueprint is a bit less restrictive, and incorporates lifestyle elements, too.) In essence, I ramped up the protein, veggies, and fat – all things I don’t get enough of – and tried to avoid grains entirely.

It was easy on the first day, a little harder on the second and third, and by the fourth, I had pretty much resolved that avoiding an entire food group, all the time, just isn’t for me. Even though I believe – as promoted by the Primal Blueprint – that modern Americans are too afraid of fat, don’t eat enough protein, and eat way too much processed foods, I don’t believe any one food or group of foods is evil.

I do know, though, how easy it can be to come to rely too much on one kind of food, and for me, that would be grains! Trying out a new way of eating was a great way to shake up my rut and add in more good-for-me stuff to replace all the bread I’d been filling up on.

So here’s what I learned via my Primal experiment: eating a high-protein breakfast helps me feel satisfied until after lunch and more energetic throughout the morning. And avoiding grains at lunch pretty much forces me to choose something more healthy (salad, salad, and oh yeah, salad, with an easy homemade vinaigrette.)

And maybe it was just a coincidence, but when I weighed myself at the end of the week, I’d dropped over a pound.

So this week I’m working on incorporating what I’ve learned about myself into a healthier, more sustainable plan that will work for me long-term. You know the Mark Bittman “Vegan ’til 6″ plan? I’m thinking I’ll try to go grain-free ’til 6. Then if I want to have rice or bread with dinner, by all means. Either way I’ll have gotten in plenty of protein and greens already, earlier in the day, while also avoiding the sandwich trap.

Like a filing system, calendar, workout plan, or pretty much anything else in life, I believe the best diet is the one you’ll stick to – not just now but a year from now – and that addresses your personal eating patterns, health needs, and food preferences. I already eat a healthy, balanced dinner most days, but had to take a closer look at the way I was eating in the morning and afternoon.

Instead of focusing on deprivation or food fear, I believe long-term healthy eating is about eating more, not less, of the right things. I don’t need to go totally Primal to add more protein and greens to my diet, but it was an interesting (and rather fun) way to kick-start a better way of eating breakfast and lunch.

So this week, I’m focusing on maintaining. My fridge and pantry are stocked with salad greens, eggs, yogurt and other easy foods that I can grab for breakfast or lunch when I’m busy and distracted. I’m committed to saving my bread for dinner time, where I’ll be less likely to wolf down four slices in one sitting.

And here it is, lunchtime at Panera, and I’m not stuffing my face with pastries, bread, or sesame-seed bagels.

I’d say I’m off to a pretty good start.

What are you focusing on this week? Want to join me in giving your eating habits a closer look?