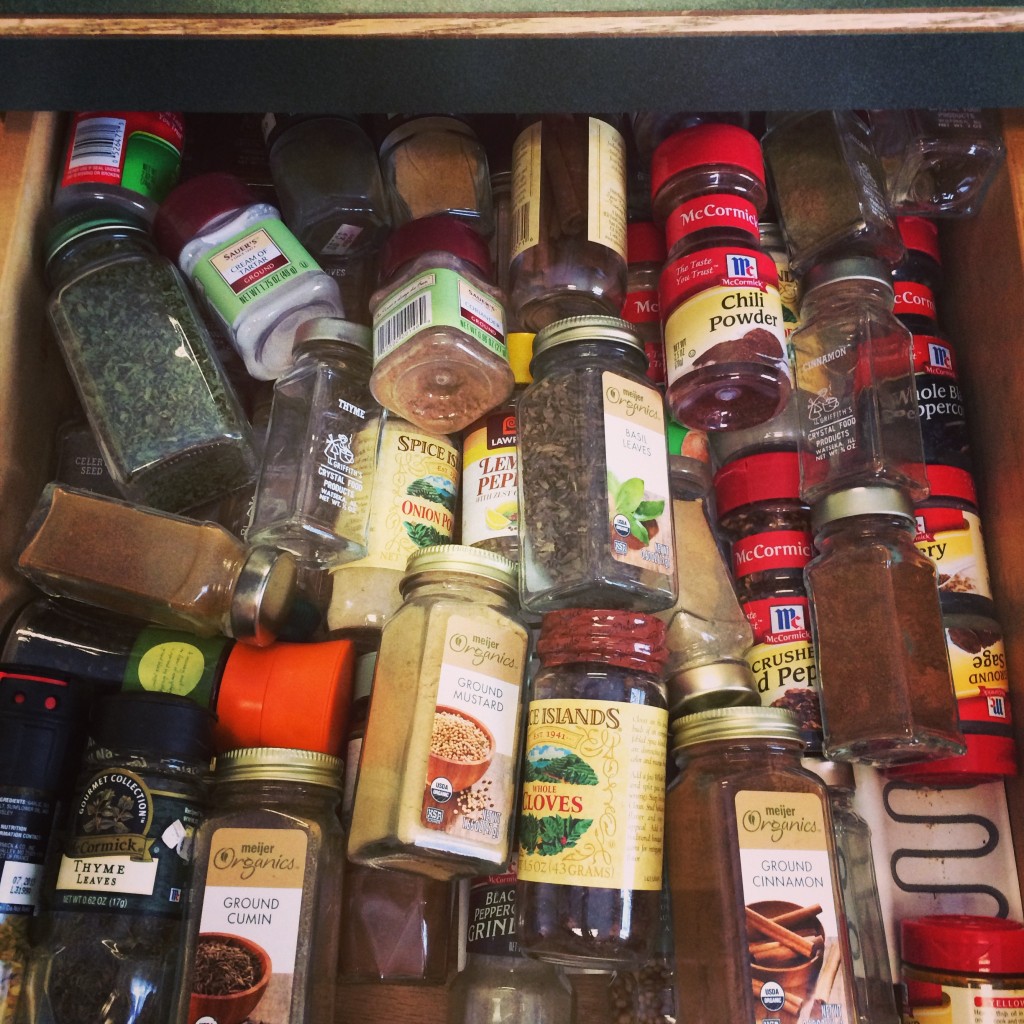 This is how my spice drawer looked a few hours ago.

Ugh, right? When we moved into this house, I immediately claimed the drawer right next to the stove for my bottled spices and seasonings. I already had those little IKEA drawer inserts, after all; and the location seemed perfect.

The “drawer full of seasonings” method worked for a little while. Until it stopped working, for several reasons. First, I bought more spices, including a few not-so-frequently used items like turmeric and whole cloves, and tossed them right in there with the ones I use a few times a week, like cinnamon, black pepper, and cumin.

Then I picked up some adorable vintage spice bottles at an antique store, before realizing that they were too small to transfer all of the spices from the larger bottles into. I tossed them in the drawer anyway.

The result, as you can see, was messy. But it’s not just the lack of aesthetics that have been driving me crazy.

First, I keep forgetting what I had in there, and whether I’m looking for ground oregano or chili powder, there was a good chance it would be buried way in the back under three layers of bottles.

Second, the drawer wound up over-stuffed, so about half the time it would get stuck when I tried to open it, which I do several times per day. Then I’d have to pull out a spatula and wiggle it between the bottle and the cabinet, and do all kinds of fancy jiggling to try to force the bottle back down so I can open the drawer.

Ten or fifteen times per week.

Now, you might ask why I hadn’t reorganized my mess of a drawer if it was such a pain. Why, indeed? Probably because it felt like such a little thing. After all, it’s no big deal to go searching for the allspice. Once. Or to have to MacGyver the drawer back open. A few times.

Added up, though, over the course of a year, the big picture looks a little different. If I don’t make a change, I realized, I’ll spend a couple of hours this year noodling around in frustration with my spice drawer.

So I decided to take a half hour today to come up with a new solution. Interestingly enough, including cleaning out the drawer and washing off the plastic organizers, it took me less than 15 minutes. And in the process of dismantling a flawed system and re-building from scratch, I realized a few things.

1. No matter how adorable those vintage spice bottles are, I had to admit they just weren’t working for the system I currently have set up. The bottles I’d filled were almost all doubles of spices I already had a larger bottle of, and the vast majority were just rattling around empty at the back of the drawer.

Some, in fact, had me thoroughly perplexed. Just what sort of spices go into “roastmeat seasoning”? 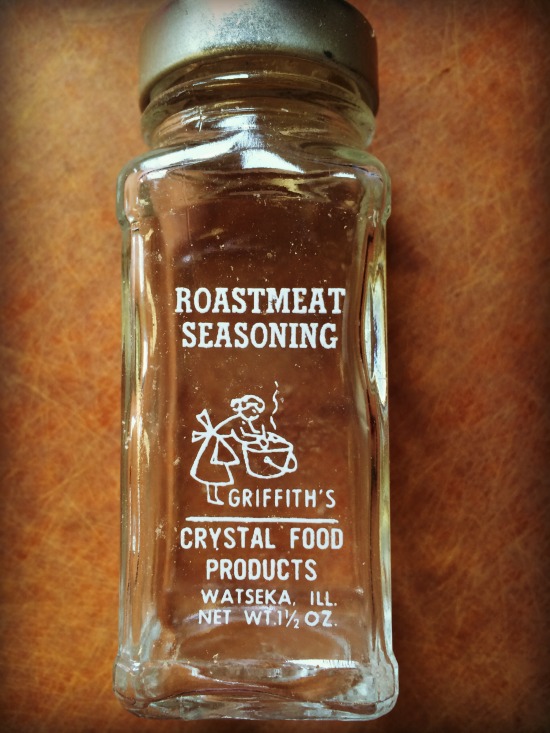 At some point, I’d love to have a rack that fits the vintage bottles on the wall. But for now, it just made sense to consolidate most of them back into the larger bottle and put the empty little bottles away until I have a dedicated space for them.

2. Not all spices have to be stored in the primo right-next-to-the-stove spot. If it’s something we only use once in a while, like grill seasoning, it’s fine to store it across the room in a cupboard – after all, we don’t usually grill on the stovetop anyway!

Bottom line: my spice drawer’s location is only really handy if it allows me to quickly find what I need on a regular basis, and preferably with one hand.

3. This didn’t become evident until I put everything back in, but I sure have a lot of different sizes and shapes of bottles going on in there, don’t I?

In the past I’ve always bought spices and seasonings a few at a time, and generally reach for whatever is on sale. I also love collecting little bottles and like the different shapes and sizes and labels of these. But when they’re all in one place, I find myself wanting a little more uniformity. I guess I should choose a brand and stick to it. (Do you have a spice/seasoning brand you’re loyal to, and why?)

Still, imperfect as it is, there’s no doubt that my drawer is about a hundred times more functional than it was when I woke up this morning, and it took me hardly any time at all to go from a total mess to neat and tidy.

It may not be a big thing, but sometimes it’s just nice to know I’ll be able to find the cinnamon when I need it for the French toast first thing in the morning. Or to be certain I won’t have to deal with a stuck drawer while I’m reaching for the onion powder with one hand and stirring with the other.

I’m all about letting small things go when they truly don’t matter. But sometimes, those little things add up to a lot of wasted time or unnecessary frustration. And the wonderful thing is, when you can identify one and come up with a quick fix, you’ve just made your home life a bit more happy with hardly any effort at all.

What “small thing” has been causing you frustration lately? Is there a quick fix you can put into effect today?