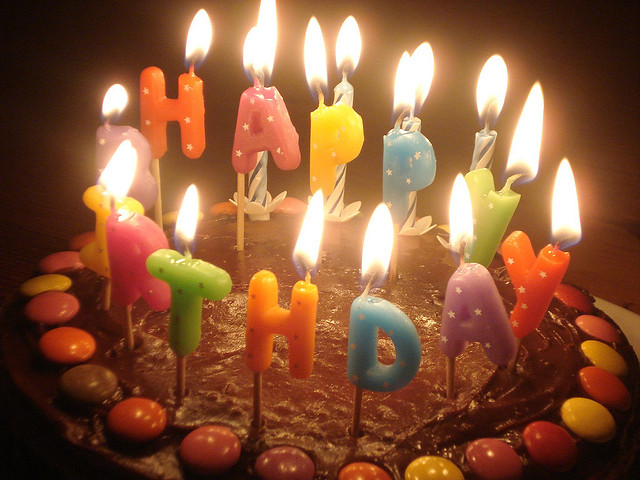 Every year, the anxiety starts in June.

It’s when our moratorium on party talk ends, two months before my eldest’s birthday. (Otherwise, we’d be planning the event all year.)

“Mama, don’t you think my party this year is going to be the best party ever?” she asks me.

“I’m going to invite more people this year,” she says, delighted. “And we’re going to have cake, and a piñata, and games and decorations and costumes. What should my theme be?”

She starts dreaming up ideas: princesses! Fairies! Under-the-sea adventures! And I scribble them on a notebook, trying to keep up.

Ask me to roast a chicken? I’m game. Organize your pantry for you? Count me in.

But looking on Pinterest for ideas? Baking a themed cake? Purchasing decorations and figure out where to put them? Being the MC to keep the party going?

Event planning just isn’t my thing. I like inviting friends over at the last minute for homemade meals. If I keep it simple, I keep my perfectionism about people and expectations and social awkwardness at bay too.

Simple is my sanity.

But my daughter, unlike me, wants fancy.

I love that she wants fancy. I want her party to reflect her tastes, not mine.

Clearly I’m going to have to be involved somehow. Where do I draw the line without quashing her spirits?

Last year, we moved five times, the last time just a week before her birthday. I insisted on a simple party. I felt justified, too. I just couldn’t keep one more ball in the air.

But this year? I didn’t have a good excuse, except my incompetence, fears and anxieties and—

Not a good excuse.

This year, I took a deep breath, and I tried to help her have the party she wanted.

Instead of feeling ashamed about my incompetence, I decided to accept it. Here’s how:

1. We talked about family values.

My husband and I feel strongly that the birthday parties we throw will be modest: just a few people, not a lot of money spent, not elaborate.

That meant that I needed to have some hard talks with my daughter about what we would and wouldn’t do. I struggled to balance flexibility and a desire to please her with our family values.

I tried to be open to compromise, but in the end, she didn’t get everything she wanted. That was hard. However, the party we threw reflected both her preferences and our family culture.

2. I was honest with myself about feeling ashamed.

Sometimes, I just don’t feel that fun. I wish I were more hospitable and extroverted and at ease around people. But the truth is, I’m not, at least at this stage in life.

I have to open myself to pushing past my comfort zone, but at the same time, not feel shame about things I’m not great at.

This is where defining our family’s values helped. I knew I wasn’t just being selfish when I gave my daughter boundaries; I was following through on values both my husband and I felt strongly about.

In turn, I tried hard to be flexible about everything else.

It feels uncomfortable to be different than others or to not be a ‘supermom’, but it also feels good to forge our own intentional path.

3. I handed over the reins.

My daughter had definite ideas about how she wanted her party to be, and quickly put herself in charge. I braced myself to take over when she ran out of enthusiasm—but that didn’t happen. She was more than competent enough to make up for my shortcomings.

I was her assistant, not in charge of the party, which made me a lot less uptight about the whole thing. I made sure I was around to help with spelling, grunt work, cleaning, and taking her shopping for needed items. A few times, I offered suggestions and counsel, but honestly, her sense of what would work turned out to be much better than mine.

I felt guilt a few times that I was making her do all the work. Shouldn’t a good mother plan the party for her? But then I’d see her enthusiasm and empowerment and wonder why I’d want to take that away.

4. I made boundaries clear.

When talking to my daughter, I set boundaries and budgets for things we weren’t willing to compromise on. A small number of guests, a dollar amount for purchases, the number of shopping trips we could make for purchases or pickup.

She wanted more than we were willing to spend, so she stepped up, spending her own money on extras that were important to her. We both felt satisfied, and she was empowered to make the party her own.

The day of the party, we all worked together to get the house ready, following my daughter’s instructions on every last detail. When the guests arrived, she was perfectly capable of directing the flow of events, helping kids succeed with games, and keeping her friends entertained.

I felt crazy proud of all the work she’d done: decorating, making things, planning, and being a good hostess. I was pleased that her competence had risen up in the wake of my weaknesses: her ease with her guests, her excitement about event planning, her creativity and patience with decorations.

Instead of trying to force myself to plan the party she wanted, I felt blessed to empower her make it happen instead. In the end, my incompetence turned out to be a blessing in disguise: a way to let her make her own dreams come true.