Our Historical Motherhood series is back! We’re delighted as always to welcome Kristen Levithan, Happiest Home contributor and blogger at Motherese, with another profile of a mom who made history. You can read previous historical motherhood posts by clicking here. 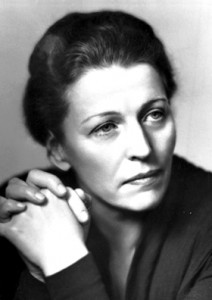 “Some are kissing mothers and some are scolding mothers, but it is love just the same.”

Pearl S. Buck was a writer, a best-selling novelist, and the first American woman to win the Nobel Prize in Literature. She was also the mother of many, including several international adoptees and a mentally disabled daughter who inspired Buck to advocate for the rights of women and minorities, including children with special needs and mixed-race adoptees.

Buck was born in 1892, the daughter of missionaries to China, the fifth of their seven children, only three of whom would survive to adulthood. Though she was born in the US, she spent most of her early life in China and considered herself “mentally bifocal”: “When I was in the Chinese world, I was Chinese, I spoke Chinese, and behaved as a Chinese and ate as a Chinese did, and I shared their thoughts and feelings. When I was in the American world, I shut the door between.”

Buck often thought of herself as more Chinese than American: “I spoke Chinese first, and more easily. If America was for dreaming about, the world in which I lived was Asia…I did not consider myself a white person in those days.” She was educated by both her mother and a Confucian scholar and was fully bilingual. After graduating from an American college in 1914, Buck returned to China as a Presbyterian missionary and soon married. She and her husband combined their missionary work with teaching at the college level.

In 1920, their daughter Carol was born. During her baby’s delivery, Buck had to undergo a hysterectomy due to the discovery of a uterine tumor. She would never again be able to bear a child. Buck’s mother died soon thereafter and, after her father had moved in with them, the family briefly returned to the States, where the couple adopted their daughter Janice in 1925.

The Bucks returned to China during a tumultuous time, during which Chiang Kai-shek’s Nationalist forces clashed with Communist troops and various warlords, threatening Westerners in particular. After being sheltered in a hut by a poor Chinese family, the Bucks briefly decamped to Japan. When she returned to China, Buck dedicated herself to her writing. By this point, her marriage was falling apart and she knew she needed money to support herself and her girls, most notably Carol, who was not developing according to standard benchmarks. When she traveled to the US in 1929 to find long-term care for Carol, she sold her novel East Wind: West Wind and started a partnership with editor Richard Walsh that would eventually evolve from a business relationship to much more.

Within the next few years, Buck published her Pulitzer-Prize winning novel, The Good Earth, which became the best-selling work of fiction in the US in 1931 and 1932 (not to mention an Oprah’s Book Club pick in 2004!); resigned her position as a missionary; divorced her husband;  left China; and won the Nobel Prize. She soon married Walsh and the pair would live and work together until his death in 1960.

After settling in in the US, even while being lauded for the way she lifted the veil of mystery that often surrounded American perceptions of China, Buck began to confront a shadowy piece of her own past: the mentally disabled child that she had been concealing from the world. In 1950, Buck published an essay, “The Child Who Never Grew,” about her struggles as a perfectionist accepting an “imperfect” child. Although there had seemed no cause for concern at her birth, Buck’s daughter Carol soon showed significant delays in her motor and cognitive development was eventually diagnosed with PKU. Buck was advised by a doctor at the Mayo Clinic to “find a place where [Carol] can be happy and leave her there and live your own life.”

Without any support from her husband and after trying on her own to teach Carol to read and write, Buck decide to institutionalize Carol in 1929 and then went back to China to pursue the writing career that would finance her daughter’s care. Buck did not see her daughter for the next three years. Once she relocated to the US in 1934, Buck saw Carol more regularly, but she was never again the hands-on mother that she had been during Carol’s early years.

However we judge Buck’s decision to turn her daughter over to institutionalized care, we must keep in mind that, at the time, children with special needs were often quietly “put away” and rarely mentioned again. Moreover, the experience of being a mother to a child with special needs had a direct impact on both Buck’s art and the lifetime of service that followed. The need to pay for Carol’s care drove Buck to seek an independent income, still quite an anomaly for a woman of her time. As her daughter Janice said, “People thought her work just blossomed, but the push, the drive, was because of this child.”

Buck’s experience as Carol’s mother also affected her subject matter. The protagonist of The Good Earth is the father to a girl much like Carol and then, in The Child Who Never Grew and several works after it, Buck wrote about her experience, helping advance the acceptance of the mentally disabled and inspiring other families of those with special needs, including Eunice Kennedy Shriver and Dale Evans. She also became an outspoken advocate for children with mental disabilities, donating time and money to charitable causes.

In her second marriage, Buck adopted several children and became a strong supporter of transracial and transnational adoption. Citing her experience as an “other” growing up as an American in China and then as a Chinese-raised college student in the US, Buck believed she was specially equipped to raise children from different cultures:

I would not have missed the interesting experience of adopting children of races different than my own. They have taught me much. They have stretched my mind and heart. They have brought me, through love, into kinship with people different from my own conservative, proud, white ancestry. I am the better woman, the wiser human being, for having my two black children. And I hope and believe they are the better, too, and the more understanding of me and my people because of their white adoptive parents. 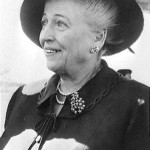 In many way more a matriarch than a mom, Buck died in 1973. Although she applied for a visa to visit China along with Richard Nixon in 1972, the Communist Chinese government wouldn’t allow it and she never again got to see the country that for so long had been her home. Nevertheless, Buck felt hopeful about the world she left behind, writing, “Half a century ago, no one had thought of world food, world health, world education. Many are thinking today of these things. In the midst of possible world war, of wholesale destruction, I find my only question this: are there enough people now who believe? Is there time enough left for the wise to act? It is a contest between ignorance and death, or wisdom and life. My faith in humanity stands firm.”