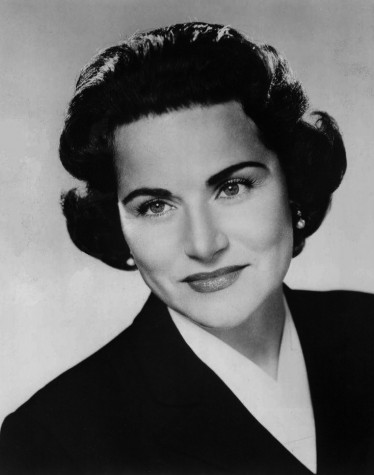 Earlier this year, the world lost a mother and writer who millions had come to think of as a friend. Pauline Phillips, better known as “Dear Abby,” died of natural causes on January 16, 2013 at the age of 94 after years of battling Alzheimer’s. In addition to being the author of the most widely-syndicated news column in the world, Phillips also paved the way for future generations of writers and bloggers for whom writing publicly about private life has become second nature.

“Abby” was born Pauline Friedman in Sioux City, Iowa in 1918. Her parents were Russian Jewish immigrants and Pauline was the youngest of their four daughters. Her identical twin, Esther, went on to become the equally famous syndicated columnist, Ann Landers. The fact that the sisters earned such success in their shared calling was a pattern established early on: the girls attended school together through college, where they both majored in psychology and journalism and toned their advice-giving muscles with a shared gossip column in the school paper. Pauline and Esther seem to have inherited their journalistic instincts from their parents. According to Phillips, “My contemporaries would come to me for advice. I got that from my mother: the ability to listen and to help other people with their problems. I also got Daddy’s sense of humor.”

After being married on their shared birthday in a double-wedding ceremony (talk about family togetherness!), the sisters’ lives began to diverge. Pauline and her husband Morton had two kids: son Edward and daughter Jeanne. In her children’s younger years, Pauline was a stay-at-home mom. She was outspoken about her “1950s” values, calling her “code of conduct…husband and kids first” and believed that couples with marital issues should make an extra effort to be civil to each other in front of their children: “When kids see parents fighting, or even sniping at each other, I think it is terribly damaging.” However, Pauline decided to pursue a career of her own when, at age 37 and with no work experience at all, she contacted the editor of the San Francisco Chronicle and boasted that she could offer him a better advice column than the ones he was currently running. Skeptical, but intrigued, he gave her some letters to answer as a trial. When she brought back her responses the next day, he praised her writing and hired her right away.

Assuming the pen name Abigail Van Buren (Abigail in honor of the Biblical prophetess and advice-giver and Van Buren after the president of the same name), Phillips launched the advice column that would lead to her fame as “Dear Abby” in 1956. Answering letters from people from all walks of life, she dished out advice with a signature mix of humor and heart, offering up tough love and compassion in equal measures. Her New York Times obituary notes the “comic and flinty yet fundamentally sympathetic voice” with which she “helped wrestle the advice column from its weepy Victorian past into a hard-nosed 20th-century present.” She considered her subject “the most intimate of human difficulties,” and, by shedding light on those difficulties, made people feel heard and less alone. Phillips also weighed in on taboo subjects like gay rights, gun control, and sex in a way that helped make their discussion more mainstream.

One example of her snappy exchanges from the late 1950s:

Dear Abby, Our daughter-in-law was married in January. Five months later she had a nine pound baby girl. She said the baby was premature. Tell me, can a baby this big be that early? Wondering

Dear Wondering, The baby was on time. The wedding was late. Forget it.

Phillips’s entrance into the world of professional journalism ruffled the feathers of her sister Edith who had taken over the Chicago Sun-Times‘s well-established “Ann Landers” advice column the year before. Phillips did not tell Edith that she was planning to apply for a position at the Chronicle and then, after being syndicated, offered her column to her hometown Sioux City Journal at a cheaper rate, as long as the newspaper promised not to run her sister’s column as well. The sisters eventually reconciled, but their rivalry continued. There seems to have been plenty of room for both of them in their shared world, however: after only two years of writing their individual columns, the sisters became “the most widely read and most quoted women in the world.” Eventually, each column went on to have a readership of around 100 million and the sisters became fixtures on the celebrity circuit.

Phillips began co-writing “Dear Abby” with her daughter Jeanne in the 1990s. Jeanne took over the column in 2002, when Pauline’s Alzheimer’s had progressed too far for her to maintain her writing schedule and personal appearances. Now, as “Dear Abby,” Jeanne seeks to continue her mother’s tradition of wise advice, tenderly and humorously delivered. When Pauline died last month, her daughter remarked, “I have lost my mother, my mentor, and my best friend. My mother leaves very big high heels to fill with a legacy of compassion, commitment and positive social change. I will honor her memory every day by continuing this legacy.”

Please join me in offering up a bit of thanks for a fellow mother who was never afraid to say what was on her mind, making it that much easier for all of us to do the same.