I’m very excited to bring you another installment of our monthly(ish) book essays from guest contributor Devon Barta! 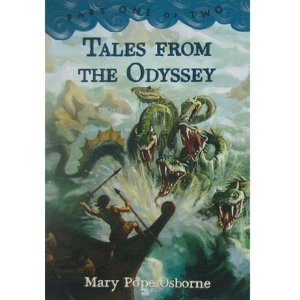 My husband and I are just about to update the floors in our spare bedroom. They are currently covered in an olive green carpet that appears to have been around since before the Second World War.

Alex has a knack for refinishing hardwood floors, and I just about squealed when he agreed that we could get started on the project this weekend. The only problem? The room is currently being used as our go-to catchall, which means that a lot needs to happen before the real transformation can begin.

And by a lot I mean everything: All of the furniture must be removed and stored somewhere. But before we can get to that, all of the clothing and miscellaneous items covering said furniture must be removed and stored somewhere. And, while we’re sifting through that we’re sure to find a few trinkets and some oh-that’s-where-those-have-been types of items that now must be relocated, which of course takes even more time. And, heck, now that the room is cleaned out (but before the new floors are started) we might as well take the time to paint the walls, which are the same pukey shade of olive green as the carpet.

The entire ordeal is like an epic adventure, minus the adventure.

As I was mumbling the checklist of all of the things that needed to be done, my son Jack walked by. He stopped and poked his head into the room.

“It sounds a lot like Odysseus, Mom,” he said after taking a quick inventory of all the things still left to do.

I turned my head to look at him, the rest of me still hunched over a newly discovered box filled with a bunch of I-can’t-believe-I-EVER-misplaced-these treasures and smiled.

“Well,” he always starts his answers with well. “Odysseus’s journey started simple, but he ended up having to do a ton of stuff before he got to rest.”

If he were giving a book report, he would have nailed it – in one sentence. If he were playing some sort of an association game, he would have been spot-on. It amazed me that his little four-year-old mind saw that representation so clearly. But even more so, I couldn’t believe he retained so much from the story. A boy who spells his name in the shaky block-lettered hand of a preschooler understood a story that I didn’t read until my freshman year in high school.

Alex and I read Tales from the Odyssey, Mary Pope Osborne’s abridged version of Homer’s classic The Odyssey, to our four-year-old twins at bed time a few months ago. Of course we all either know the story or are at least vaguely familiar with it and are aware that the reason it is required reading in most high schools is because it is deemed a classic due to its symbolic applicability to life. Homer tells us of Odysseus’s adventures and trials through imaginative narrative and truly inspired prose.

Called to war based on a promise Odysseus had made to defend Helen of Troy’s marriage, he is pulled away from his simple island life and family. Although the siege of Troy lasts only 10 years, his voyage ends up spanning two decades, and while on it Odysseus bears witness to wonders, terrors and the wrath of angry gods who test and humble him. He and his men battle one-eyed monsters and giants; they stave off the temptations of the Sirens and the island of the Lotus Eaters; outwit witches and navigate through monstrous storms, among many other things.

Obviously, my four-year-olds aren’t going to understand the symbolism (I barely did at 14), which is fine because underneath the representation, some pretty great imagery is laid out, and by telling your children this tale, you are laying a foundation for fantasy that will help to fuel their reading choices for years to come. And I don’t necessarily mean the swords and wizards and dragons type of fantasy (although those are great too). I mean the “lose yourself in another world” type of fantasy. The “why not” type of fantasy that every child, teenager and adult should be allowed to escape into every once in awhile. Those kinds of stories make our minds stretch and our imaginations wander.

Alex and I are making an effort to read to our children at a level we’d like them to aspire to. By that I mean we don’t want them to ever be intimidated by books, and we figure the best time to start introducing them to this concept is now, at the establishment of their lives as readers. Osborne’s adaptation of Homer’s work is a magnificent way to introduce children to the world of epic fantasy and symbolism. If you’re worried about some of the more graphic scenes, instances where Odysseus’s men encounter Cyclops and some are killed, you might do well to read ahead before story time and find a way to smooth that part out. Or not. That’s up to you, of course. We didn’t, and the boys marveled in wonder at the thought of a mythical monster attacking a boat full of men who battled back with only their spears, wits and bravery.

During the nights that we read those chapters to our kids I realized how much I had misjudged my boys. It was then I understood we should never worry about reading to our children above their current skill level. On the contrary – I think we should be afraid that we are reading to them at a comprehension level below what they are capable of grasping. Believe me, if a concept is too much for them, you’ll know and can adjust.

Does this mean we should become book snobs and rule out anything that’s beneath a certain grade or reading level? Certainly not. But we should take care when considering the story being told. Don’t be afraid to allow your kids’ minds to wander into a fantastical world or puzzle through a mystery or even frighten itself in a sea of monsters. The second we impose limits based on some sort of arbitrary number on the front of a book or by figures represented in a chart randomly selected by an “expert,” we automatically underestimate our children.

Look at it this way: Likening kids to sponges is a valid comparison, yet we should take it further – we need to soak that sponge before we try to wring it out. We can’t expect anything to spill from it if we don’t fill it first.

Odysseus crossed a sea. I’d suggest you start by dipping your sponge there. 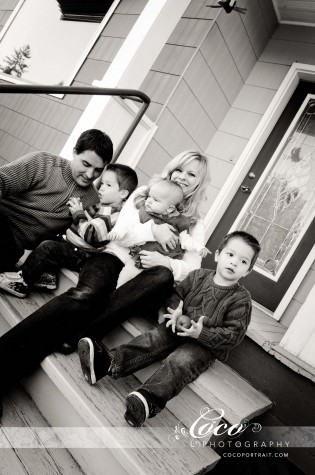 Reading is what I do, and it’s what my family has done for the past 30 years.

My husband, Alex, and I are third-generation owners of The Paperhouse in St. Maries, Idaho. Our store carries a wide variety of books as well as office supplies, art and scrapbooking materials, and we are the largest Melissa & Doug toy dealer in North Idaho.

Whenever I finish a book, I talk to myself. Out loud. Sometimes even in public. I’m having a conversation with no one, really, but I’m analyzing the book, dissecting its dialogue, processing its prose.

In order to appear sane, I finally started writing my thoughts down, and you can now find them and follow our family’s journey at The Paperhouse.