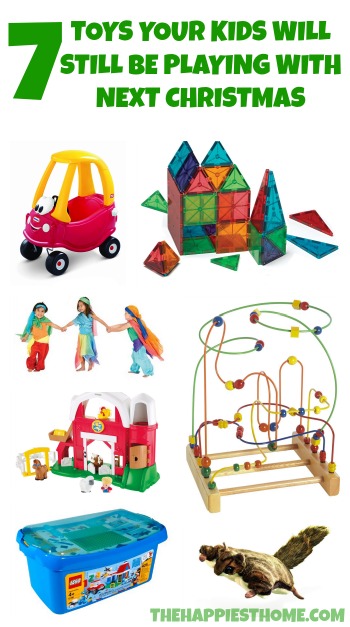 When Jon and I celebrated our first Christmas as parents, we felt sort of like kids again. Though Jacob was barely more than a month old at the time, we used him as a perfect excuse to linger in toy stores and toy aisles, dazzled by the selection of playthings that shook and squeaked and beeped and rolled.

Of course, all these years later, we now see that not all of the toys we purchased for those first few Christmases stood the test of time. Some got a big reaction, only to wind up at the bottom of the toy box within a week or two, forgotten. Others – a much smaller, more select number – went on to become family favorites, passed down from brother to brother to sister and sometimes, younger cousins.

Since we know it’s a lot more satisfying to invest in toys that kids will love for years to come, Sarah and I thought we’d share a few of the gifts we’ve given that have gone on to become long-term hits in our homes. We’d love to hear your experiences with these toys and others in the comments!

7 Toys Your Kids Will Still Love Next Christmas

Note: All Amazon links are affiliates. If you click the link and make a purchase, I will receive a commission.

This was supposed to be Owen’s “wow” Christmas gift the year he turned two. But when we were putting gifts under the tree late on Christmas Eve, we discovered that the keyboard we’d bought William, who was 4, was broken.  We even had a backup “wow” gift – a toy motorcycle – but when we tried to assemble it, discovered that it was missing a wheel! In desperation, we decided to give the Little Tikes Cozy Coupe to both the boys as a joint gift. Luckily they were so thrilled that they didn’t even mind sharing the car (though cramming in together was a bit of a challenge) and that red-and-yellow coupe has seen a lot of action ever since. 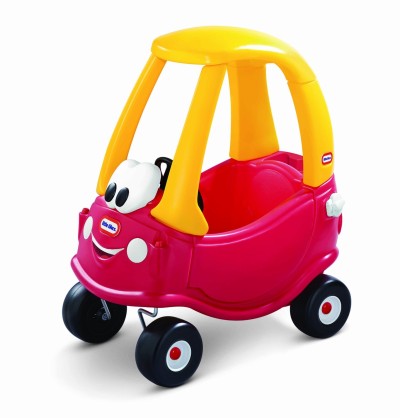 Jacob got a wire “rollercoaster” when he was a year old, and that toy made the journey with our family through four more kids, many moves, and several younger cousins. I just gave it away last year when we finally moved the toys out of our living room, but made sure that our most frequent small guests had outgrown it first. Now that I have another baby niece in the family, I’m eyeballing this toy again! It’s classic in all the best ways, and a big draw for both kids and adults. (Ever tried to keep your hands off a toy rollercoaster when it’s on a coffee table in front of you?) 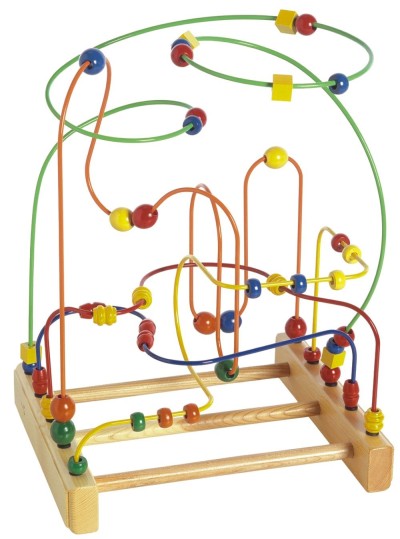 Some toys make a big splash coming out of the wrapping paper, but soon fade into “meh” status, while others are received more cooly but go on to become lasting play staples. LEGO is one of the select few playthings that can do both. There are at least one or two LEGO sets under the tree almost every year, and a decade and a half worth of collected pieces mingle together on the wooden building table that used to house our Thomas train set (which, inexplicably, none of our kids ever cared much about!) When Owen and Will are having a screen-free day, the LEGO is almost always the first toy they turn to, and often their older brothers and little sister get in on the action, too. This year I’m eyeballing a LEGO Minecraft set, to bring together two of their deepest loves.

It’s time I apologized to all the stuffed animals I maligned when my older boys were little. I believe I may even, at one point, have referred to them as “the world’s most useless gift.” It’s true that we were bestowed with an over-abundance of plush pets when Jacob and Isaac were still infants – and at the time, we had very little space to store them – but my younger three have given me a new view of stuffed animals. Owen and William had just a few plush favorites each, but Clara is an absolute stuffed animal aficionado. She talks to them, snuggles them, sleeps with them, and incorporates them into all of her imaginary play. Tops on Clara’s Christmas list? A stuffed family of flying squirrels. I’ve got this plush flying squirrel puppet in my online shopping cart. 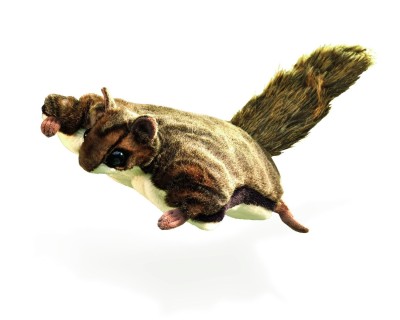 I love the Little People line for older babies and young toddlers. We just got our barn out from storage for my 10-month-old, and both older kids (ages 3 and 5) wanted to play with it right away! We also love the Lil’ Movers School Bus.

I’ve never met a kid or adult who wasn’t drawn to Magna-Tiles. They are fairly expensive, and it helps to have a large set, so it’s a gift that you can build on year after year. 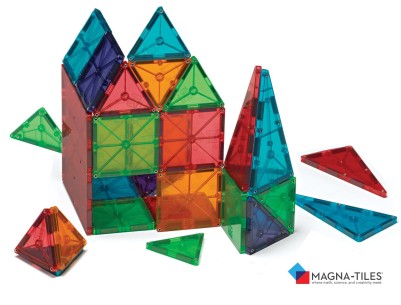 I’m a sucker for multi-use, gender-neutral, creative-play toys. These play silks are going on their third year and get used daily as dress-up wear, baby doll blankets, superhero capes, fort walls, and more. This particular brand makes them larger and sturdier than others I’ve seen – they’ve held up in the washing machine and through years of loving play. 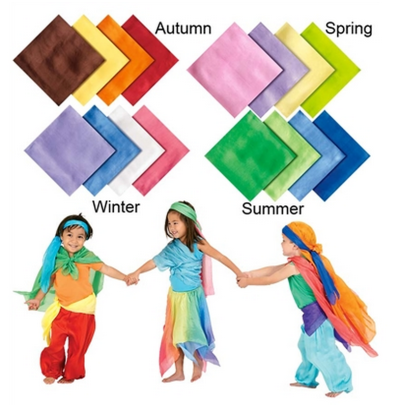 What toys have stood the test of time in your house?