We head into Thanksgiving week, we’re thinking not only about the food we serve, but the memories, traditions, and family culture it represents. Tomorrow we’ll be back with another post in our How To Host Thanksgiving series, but for today we’re revisiting this post on discovering your food culture. Enjoy! 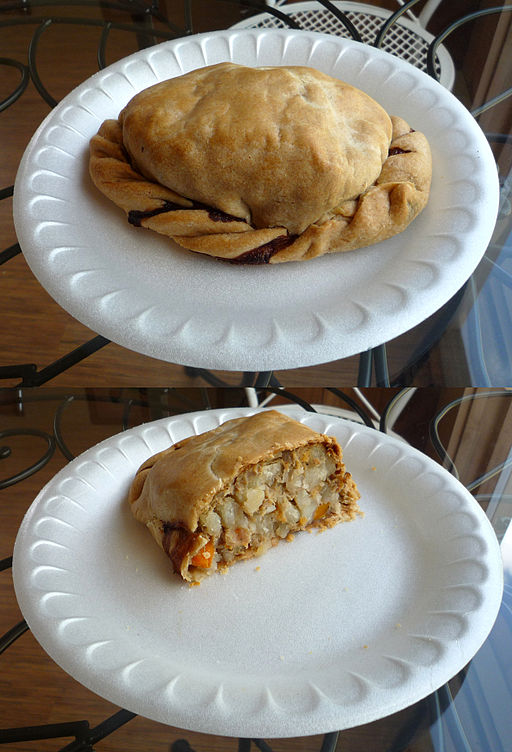 For most of my adult life I’ve struggled to identify my food culture.

My ethnic background is mostly a mix of hardy Scandinavian/Nordic and European stock: Irish, English, Finnish, German, possibly Norwegian, with some who-knows-what-else thrown in for good measure.

But it’s not like I grew up eating traditional ethnic dishes that had been passed down through generations of grandmothers and mothers; at least, not that I was aware of. Compared to the foods I read about in books, our family’s meals just seemed so…ordinary.

Like many of us, my childhood food culture was heavily influenced by the place I lived. Because in the days before massive grocery stores featuring foods from all over the globe, you ate mostly what was available locally.

And that especially affected people in remote regions like the one where I grew up.

You know how people hold up a hand to describe where they live in Michigan? Well, that’s only half the state. There’s this whole OTHER part of Michigan, up above The Mitten, north of Lake Michigan and Lake Huron, known as The U.P. – the Upper Peninsula.

In the late 1800s, the U.P. experienced a mining boom which attracted thousands of immigrants, mainly Cornish, Irish, German, French Canadian, and Finnish…the same peoples I find in my family tree.

If you look closely, you can see that the Upper and Lower Peninsulas of Michigan are not connected by land. Up until the 50s, most people crossed by ferry from Mackinaw City up into St. Ignace, but the 5-mile Mackinac Bridge was finished in 1957 and allowed people to drive across the narrowest point of the Straits of Mackinac, the narrow waterway that connects Lake Michigan to Lake Huron.

Going by a map, the Upper Peninsula looks like it should be part of Wisconsin, and in many ways the scenery and lifestyle there is more similar to Northern Wisconsin than lower Michigan. Though it makes up about 30% of Michigan’s land mass, the U.P. contains only about 3% of our state’s people. It’s a wild, sparsely-populated, beautiful, and often harsh place to live, and it’s where my brothers and sister grew up and where I lived from the time I was born until I was 12.

So what does that have to do with my food culture? Plenty. The growing season in upper Michigan is short, the winter is long, and when I was a kid, the selection in the produce section was extremely limited. Our meals centered around meat, potatoes, and veggies (canned or frozen most of the year.)

We did have bananas and oranges in the fruit bowl, but never avocados, mangos, or kiwi. Kale wound up on our table regularly one year not because it was trendy, but because it actually grows well in a cold climate and my mom got an abundance from a neighbor’s garden. My early exposure to pineapples mostly came from cans of fruit cocktail. Berry season was fleeting, but I’ve still never tasted anything as delicious as a wild blueberry.

Some people, I’m sure, would call the food I grew up with “bland.” There wasn’t much of an ethnic culinary scene in my city – no Thai or Indian or Middle Eastern restaurants to act as inspiration – so I grew up without experiencing certain flavors and never having tried anything very spicy or smoky. Tacos and pizza were considered exotic, I didn’t eat Chinese food or sushi until I was well into my teens, and my mom’s spaghetti and meatballs were, I’m sure, far from authentic.

But I hesitate to use the word “bland” to describe the foods I grew up with. What I remember standing out were textures: the richness of a falling-apart pot roast with just a touch of salt; the dense, flaky juiciness of a pasty (traditional Cornish meat and potato pies that are very popular up in the U.P.) and the totally unique flavor of venison, which I can only describe as tangy and wild…but really you just have to eat it to know what I mean.

Mom flavored her dishes with what was readily available: salt and pepper and onion, dried seasonings, tomato paste. Fresh parsley was easy to get year-round but I don’t remember a lot of other fresh herbs making it to the table. Veggies were generally seasoned only with a little butter and salt.

There’s something very honest about the taste of a cut of meat or a handful of carrots that aren’t altered by a lot of seasoning or sauce; it’s definitely influenced the way I cook for my family today.

Recently I ran across a cookbook I’ve had since I was just a baby. It’s a compilation of recipes from a professional women’s network in the UP, given to me by my godmother in 1978. My mom made sure it was in my box of “setting up housekeeping” things when I got married, but I’m not sure I ever gave it much of a second glance. 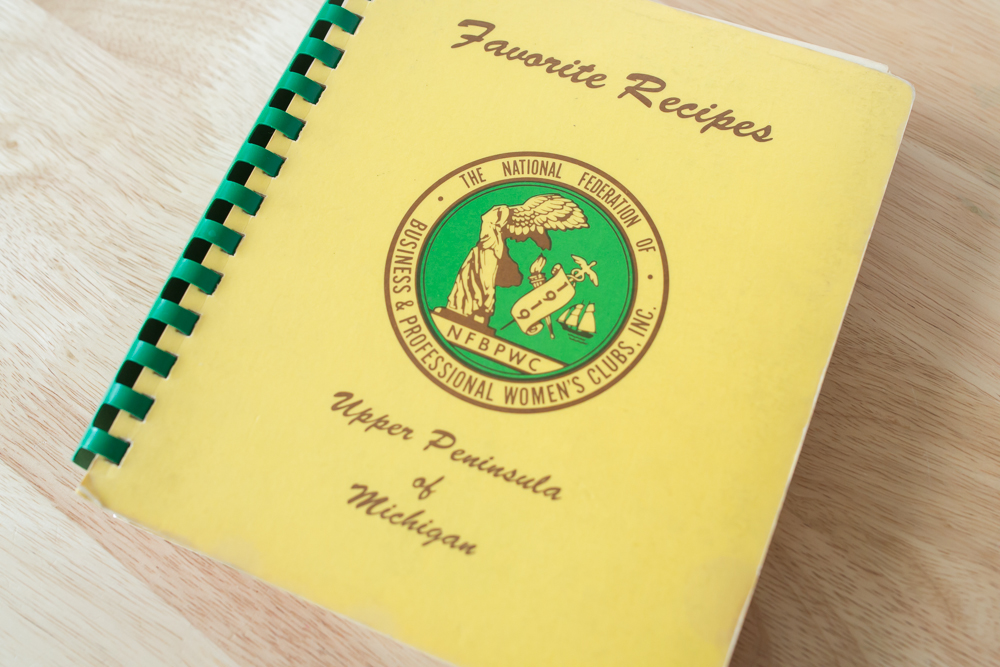 It looks like your standard church cookbook, with a laminated cover and a spiral plastic binder. No pretty pictures or celebrity connection, save that of the book’s editor, Cy Meier, who I’ve since learned was a food columnist for many years.

But when I finally picked it up and started flipping through it I realized that its yellowed pages encompass exactly the things I thought I didn’t have: a culinary heritage.

The dishes are inspired by the Old World dishes of the people who settled in the U.P. – like the Finns, Irish, and Germans of my heritage – as well as the Native Americans who were there first. I love thinking about how creative the original “Yoopers” must have had to be to incorporate foods that must have been unfamiliar to them along with those old favorites. I guess that’s how you end up with a regional cookbook that includes dishes like these:

Woodchuck and beaver (and squirrel, bear, and raccoon) aside, the dishes in this cookbook are the ones I remember bringing to church potlucks, helping my mom make on holidays, and sitting down in front of at the dinner table every day. They’re what I remember eating at the mom-and-pop restaurants on the rare occasion we got to go out to eat. They’re a product of the people, the place, and the time that defined my upbringing.

Lesson learned? I do have a food culture, and so do you.  I bet if you do some digging you’ll find that your cultural heritage plus the place that you grew up created a distinctive way of eating that’s unique to your personal history.

I’m sure things are different in the Upper Peninsula these days. As is true everywhere else, the local supermarkets’ produce sections now feature a much bigger variety than they did in the 70s and 80s. I bet you can even get avocados and kiwi and mangos there year-round.

But I wonder if, even as they embrace new ways of eating, the kids growing up today will keep some of those food traditions alive.

I hope so. And I’m feeling some responsibility to pass my own food heritage on to my kids. The way we ate might not have been trendy or exotic, but it was real and honest and the very definition of “local” eating. The food is a story about where I grew up blended with the story of who our people were, and the great thing is that it’s a story that I can continue tell my own kids, right at our dinner table.

Maybe not the sweet pickled beaver…but then again, who knows how inspired I might get?