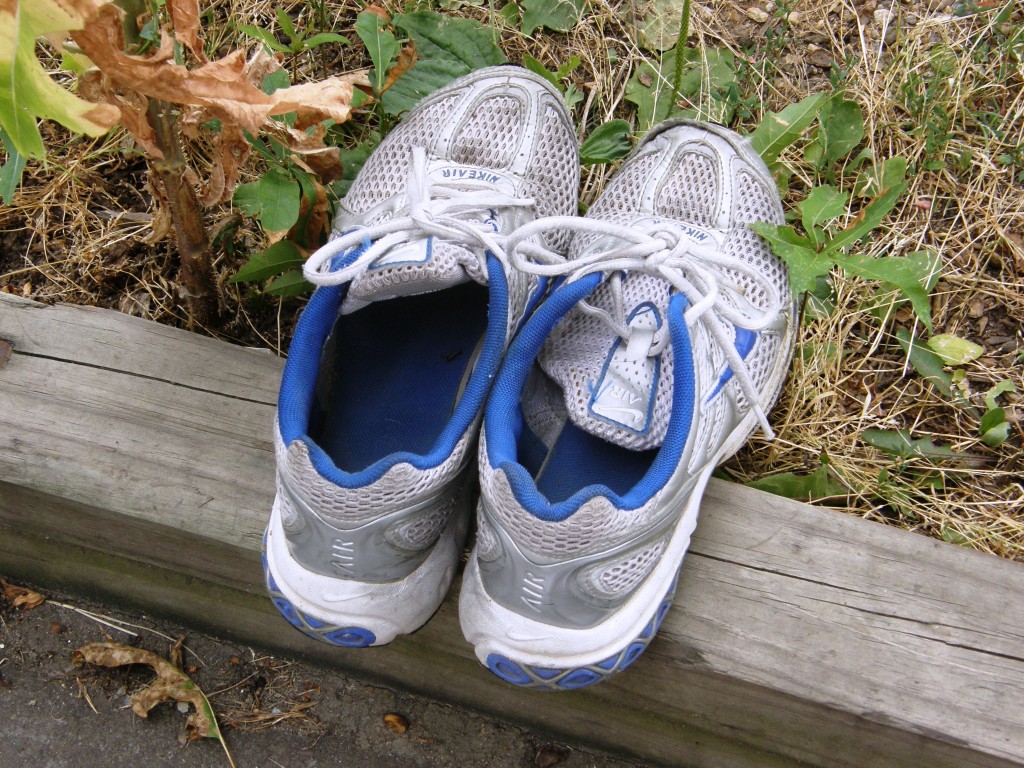 As I shared in my February 6 Mindful Monday post, I have been consistently working out 2-4 times a week since mid-January. This is the longest stretch of exercise I’ve stuck to since…college? Maybe not quite that long, but suffice it to say I don’t remember the last time I went to the gym several times a week for more than a few weeks before petering out. I think a combination of the right motivation, workout, and a couple other factors is what’s made it “stick” this time around.

Since the weather here has been so ridiculously beautiful, I’ve been opting for a run around my neighborhood on weekends or busy days when I just can’t deal with a two-hour excursion to the gym.

This is where I need to back up and tell you that, for years, I have told myself that I hate to run. I even hated running the year I ran track in high school. I didn’t mind a good sprint, or a middle-length race where I could run pretty hard for a limited amount of time (my favorite was the 880, or half-mile) but I detested distance running. To me “long distance” was anything over exactly 880 yards, and even under that wasn’t something I wanted to make a habit of.

Here is where I admit that, when the coach would send the team out on a three- or four-mile run around town, I’d sometimes run home and watch Days of our Lives until I saw the team returning, then jump back at the back of the pack.

Our school wasn’t the most competitive.

So for all these years, I have believed that not only do I hate running, but that I’m bad at it, and naturally lacking in the kind of endurance that would enable another person to run a 5K without being forced at gunpoint.

Still, since January I’ve been running a fair amount. I mix it up with the elliptical machine, and I don’t run the full 30 – 40 minutes, but generally run one whole song, then slow to a fast walk for half the next song, then run the rest of that song plus one more. So it works out to about 75% running and 25% walking. Still. Running for 20 – 25 minutes in one workout session isn’t bad considering my track record (pun totally intended).

So when I set out on my first neighborhood run a few weeks ago, I figured I’d do about the same – 30-ish minutes total, a little more than half running, a little less than half walking. After walking a few minutes to warm up, I broke into a slow jog. Since I don’t have one of those things to strap my iPhone to my arm I couldn’t bring music to keep time by, and I planned to run about four blocks, walk one, run four, and so on.

But after just one block I found my energy lagging. The block stretched out endlessly in front of me. I felt exhausted, winded, and sore.

Traditionally this would have been the point where I would give up and tell myself “I just hate running.” But wait! I had been consistently running for several minutes at a time at the YMCA for weeks. How could I have tired so quickly this time?

I decided to “check in” with my body, as a yoga teacher would say, and see what I was really feeling. Was I really tired? No. I had plenty of energy. Was I really winded? No, my breathing was regular and steady. Did something really hurt? No, when I tried to focus in on a specific area of pain, it turned out one didn’t exist.

So why had I believed I was tired, winded, and sore? Because I wanted to stop running. Because…I was bored. And also a touch impatient; ready to move on to the “shower and get dressed” portion of the workout. And not really feeling the motivation. And conditioned to believe that I hate running. I’d just been mistaking all those emotions for exhaustion.

Once I realized my real feelings, I knew what I could do to thwart the boredom. I focused on my goal. I tried to engage my mind in the run instead of just zoning out and wishing it was over before it even began. And I challenged myself to run five blocks instead of four.

Six blocks later, I was still running. I ran about 90% of my two-mile excursion that day, and at least that much every run since. To me, that’s worth celebrating.

There have been times that I’ve felt so exhausted I could barely get off the sofa…until I found the right motivator, and then realized, actually, there had been all kinds of energy bubbling under the surface. There have been times I’ve been so snappish and irritable that I’m sure I must be experiencing a hormonal mutation of some sort, until I eat a good snack and suddenly feel 200% better.

It’s easy for moms to mistake one feeling for another, because we’re always tending to other people’s needs. Or because the house is loud and we can’t hear ourselves thinking. Or because we’re so busy moving from one errand to the next that we don’t have time to “check in” with our bodies.

Since that’s just reality, I suppose the answer is not always automatically accepting that we are what we tell ourselves we are.

And then dig deeper. Ask yourself questions – for example, if I think I’m tired, I’ll sometimes do an all-system scan: Do my eyes burn? Do I feel like I could fall asleep within a minute or two if I closed my eyes? Am I yawning? Am I having trouble focusing or forming thoughts? Or do I really feel unmotivated, lonely, or under-stimulated? Very different feelings that may not be solved by a nap.

I still don’t expect myself to become the sort of running enthusiast who signs on for races and half-marathons. In general, I don’t love all the jouncing, and I’ve got a family history of bad knees to boot. But I’m also realizing that I’ve been telling myself something that isn’t true all these years. I don’t hate running. I do have endurance. I just had to get real with myself to find the will to keep going.

How many other places in my life might the same rule apply?

Have you ever thought you felt one way…but realized, after a careful check-in, that you were actually feeling something very different?

Tags:fitness Juggling It All