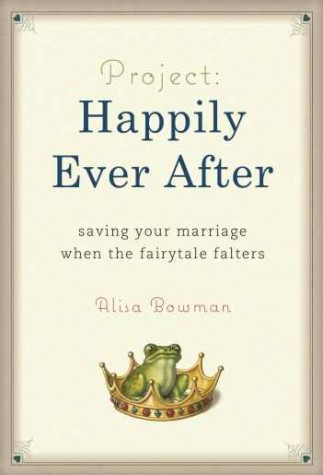 Project Happily Ever After: Saving your marriage when the fairytale falters, by Alisa Bowman

UPDATED: WE HAVE A WINNER! Scroll to bottom of the post for more.

“I knew something was terribly wrong with my marriage when I planned my husband’s funeral.”

That’s the first line to now-happily-married mom, author, and blogger Alisa Bowman’s book Project: Happily Ever After. In the book Alisa shares her story of falling in love, falling out of love, and then doing the hard work to fall back in love with her husband, Mark.

As for the funeral planning? “When we were out of love, I was so angry and resentful that I planned Mark’s funeral on the off chance he would conveniently drop dead,” explains Alisa.

Does that shock you? Or deep down, do you identify? Either way, read on. Alisa’s got a lot of great advice you’ll benefit from whether your marriage is on the rocks or just occasionally needs a bit of shaking up. AND, Alisa will be giving one reader a copy of her brutally-honest but encouraging book that just might help you look at your marriage in a whole new light (more details at the bottom of the post.)

Meagan: I’m betting a lot of people are stunned by your admission that you fantasized about your husband dropping dead, while others totally identify. I wonder if you can explain that death fantasy so that women who haven’t been there can understand how it gets to that point.

Alisa: Yes, I get one of three reactions when I talk about it. Ninety percent of the time people nod their heads, laugh and say, “Oh, I’ve so been there.” Five percent of the time they say something like, “I never wanted to kill him, but I just wanted to get in my car and leave and never come back.”

And five percent of the time someone tells me that I should be seeing a psychiatrist.

The death fantasy was a self-soothing strategy for me. I didn’t really want him to suffer. I just wanted him to conveniently disappear from my life. Even in my fantasies, I was not cruel. I always killed him off in kind ways. He never suffered. The death was quick and painless and he never knew what had hit him.

In reality, I didn’t want him to die. I just felt as if I was at a dead end. My marriage was miserable, and I didn’t know how to fix it. And divorce is not easy. It would have required sharing our daughter, something I wasn’t convinced he would want to do. Some mothers worry that the father will fight for custody. I was worried about the opposite—that he wouldn’t want any custody. I thought if I divorced him, my daughter would no longer have a father in her life. Of course, she would no longer have a father if he conveniently dropped dead, either, but fantasies are not based in reality.

My fantasy soothed me. It allowed me to have little moments of bliss. I could daydream about him being gone and my life being wonderful. I could feel good for a brief moment. Then the daydream would vaporize and the misery of my life would come crashing back in.

Meagan: I share in my book that the low point of my marriage was one night when I was in extremely tired, upset, and confused, and whacked my husband over the head with a baby bottle. What stands out as your low point–and what did you learn from it?

Alisa: The lowest point came after I decided to work on our marriage, but before I figured out how to execute that goal. I had gone to New York for business. I came home at 5:58 pm and found my husband home surfing the Internet. He was in his cycling clothes and still sweaty. The house was absolutely quiet.

“Where is she?” I asked. Our daughter, at that time, was 3 years old and in daycare. The daycare closed at 6 p.m. She had extreme separation anxiety, we had financial issues, and the daycare charged $10 for every minute after 6 you retrieved your child. 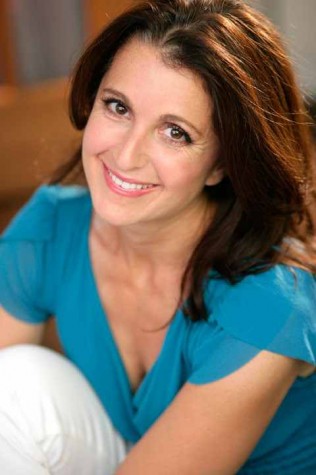 "Dare to dream about the spouse you wish was yours. Dare to ask your spouse to become that person."--Alisa Bowman, author Project: Happily Ever After

He ran around the house. He got dressed. He raced out the door and asked, “Do you want to come with me?”

As I watched him jog to his car, I thought that I could not possibly stay married to him. How could I stay married to someone who forgot his only daughter? How? I couldn’t even go to New York on business without things falling apart at home. It was as if he needed me to take care of everything. I made the money. I cared for our child. I even sent his mother birthday gifts because he never remembered to do that.

For the rest of the evening, I wrestled with myself. I wanted to ask for a divorce. He felt like a giant weight on my life. I just wanted to cut him loose. I wanted to tell him that it was over—that it was pointless to try to work on things. But my friend—the one who had counseled me to work on my marriage—kept invading my thoughts and I kept hearing her ask, “What have you tried to work on your marriage?”

That was my turning point. I went on the Internet and I ordered 12 marital improvement books.

Meagan: If you had to name three principles or strategies that have most helped you strengthen your relationship, what would they be?

Alisa: Change your marriage by changing yourself. This is a tough concept to embrace because most of us have an inner child that screams, “But it’s his fault! It’s not my fault! He’s the one who needs to change!” The reality, however, is that you can change yourself a lot more easily than you can change your spouse. By embracing self improvement, you will, in turn, move your marriage to a better place and your spouse will come along for the ride.

Ask for help. Say what you want. Talk. Men and women are wired differently. When you tell him that you are “fine,” he believes you. When you tell him “don’t worry about it,” he stops worrying about it. When you say “whatever,” he thinks, “Glad she’s not too mad about that.” It’s difficult to ask for help. It makes most of us feel emotionally naked. In order to ask for help, we must become comfortable with the idea that we are not perfect and cannot do it all. We must embrace our flaws. But I can tell you: once you do it, it’s an amazing feeling.

Meagan: How does having a happy relationship make you a happier mom?

Alisa: I have so much more energy now, energy that I can spend on having fun with my daughter. I smile more and look happy, so I’m a good role model. My husband and I are friendly and have fun together. We do things as a family. The atmosphere in the house is warm and fun. There’s a lot less tension around here.

Thank you so much, Alisa! I know you’re all dying to read the rest of Alisa’s story, so she’s graciously agreed to give one reader a copy of Project: Happily Ever After. And if this post gets more than 50 entries, I’ll buy a copy to give away, too. So feel free to spread the word via Twitter or Facebook!

You can enter a total of two (2) times. To enter: leave a comment on this post telling me why you’d like to read this book–whether it’s to benefit from Alisa’s advice, or even just to find out happens in Chapter 4: “She Married Him, And He Turned Into A Frog.”

The contest is over! Two winners were chosen randomly using the plugin “And The Winner Is.” I’ve posted a screen shot of the winning comments with email addresses oh-so-cleverly hidden below. Congrats to the winners–look out for an email from me soon!