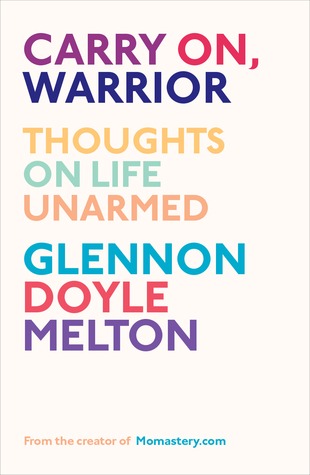 Last week was a tough week.

We had four t-ball games, four gymnastics rehearsals that lead up to one gymnastic recital, gobs of work to check off a never-ending list for a local group I’m involved in, a stint as a fill-in editor for the local newspaper and all of the other normal-week stuff we ordinarily do.

I was at my max physically, and it was taking its toll emotionally.

So when Brock approached me for what felt like the 1,057th time to ask, “Will you puhleeze play Uno with me again,” I snapped.

And not the exasperated, palm-over-the-phone, “no honey, I’m working right now” brush off. I mean the bulging-eyes, frizzed-out hair, no-more-wire-hangers kind of snap.

Over a request for a ten-minute game of Uno by my five-year-old son.

And now that I think about it, his request might not have been as whiney as I’m making it out to be. In fact, I think it was a simple question, “Hey, Mom. Wanna play some Uno? I’ll bet’cha an ice cream I’ll win.”

He was tired of getting pushed aside by the chime of my phone and the bing of my email. He just wanted his mom.

I’ve lost it on my kids before. I’ve said things I regretted, but they’ve never been so bad that I didn’t even know where to start to take it back – or at least smooth it over – until last week.

When Brock silently set the Uno deck on the table, hung his head and walked upstairs to his bedroom, I knew I crossed a line and created a memory that would take a lot of hugs and I’m sorrys to scrub away.

After he and I spent some time talking about it, I felt like I needed to be comforted as well. But I didn’t know where to turn. I have really, really good friends and a very strong, supportive family, but I didn’t want to share with anyone how I had reacted to my child.

In fact, typing this here, now, to you is … well, hard. Embarrassing. Humbling. And the funny thing is, I have no doubt that almost every mother reading this has been through almost the exact same thing. There’s this gray area in motherhood that we all slip into every once in awhile but that no one talks about. And I don’t blame us – it’s kind of ugly, and it’s embarrassing. Even though most of us have a safe place weaved into our friendships and families, we don’t often use it because of the guilt and shame we feel about whatever drives us to go there.

Lucky for us, popular blogger and author Glennon Doyle Melton holds this space for mothers and has shared it in her new book, the New York Times bestselling Carry On, Warrior.

“Holding space” is an appropriate way to phrase what Melton’s work does for two reasons: One, she coined the term; and two, it is exactly what she does with her words, breathes space into what can otherwise be an isolating, suffocating period of our lives.

Melton is the blogging dynamo who, through essays such as Don’t Carpe Diem, For Adam and Officer Superhero, has struck a chord in her readers.

Carry On, Warrior is an extension of her web-based essays, offering humor, advice and honesty about everything from parenting, marriage and her hilarious take on housekeeping. But they do more: Her work, and this book in particular, is a great reminder that we’re all struggling. And, more importantly, we’re all thriving. We can do both; in fact we do both every day.

It’s one thing for an author to write about how motherhood makes her feel – it’s quite another for those essays to sometimes work as a mirror for the reader. Melton has a knack for pulling out all of the good in everything around her and passing that gift along to anyone who takes the time to read her words.

Something a good friend would do.

I know that reading a book and sharing experiences with friends can seem like two very different things, but with Melton they somehow aren’t. With equal parts humor, humility and honesty, Melton’s work is comforting. Carry On, Warrior is a safe place to go to be brutally honest about parenthood, marriage, our ineptitude for laundry – whatever it might be – until we’re ready to tackle that overflowing laundry basket, talk to our children about bullying or play our 1058th game of Uno.