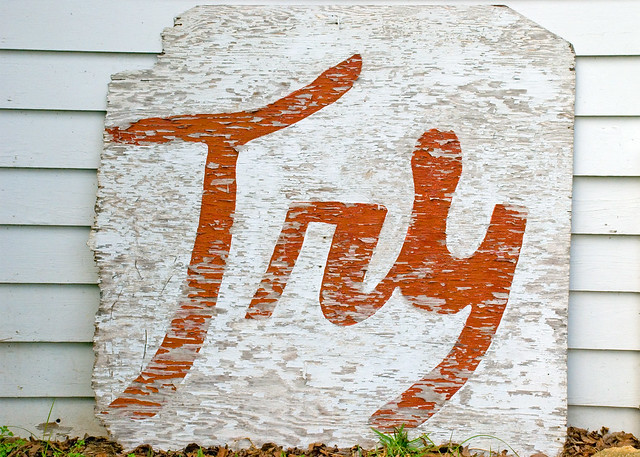 A few years ago, when I decided to start a professional blog, I realized something. Bloggers promote themselves. Promotion happens through social media. Twitter was social media.

I connected the dots and panicked. What the heck was I thinking?

Luckily, I have friends who aren’t frightened of hashtags. I went over to my friend Melissa’s house and she put her laptop on the countertop in her kitchen, where the toddler couldn’t snatch it.

I had a lot of questions. For example: what was I supposed to say?

Also, what would happen if I put a tweet out there? What if no one saw it?

Or worse: What if everyone saw it?

Melissa held my hand all morning. She told me about making lists, using hashtags ironically, and how to follow people. Then she said something I tried hard to believe.

“It’s just Twitter. Experiment!” she told me. “That’s what I love about trying online things. You can just try it and do it over if it doesn’t work.”

I smiled and nodded, as if I agreed. I tried to keep my hand from shaking and giving me away.

Back at home, I sat down to compose my first tweet.

Facing the blinking cursor, I tried to understand what was unnerving me. After all, what was the worst thing that could happen? I had all of five followers.

And the answer came to me: I could make a fool out of myself on this unfamiliar tool, and the mistake would be out there for everyone (okay, five everyones) to see.

I breathed in. I breathed out. Then I typed a tweet, and clicked publish.

Can I give away the ending?

This story seems funny to me now—another instance where my anxiety surged up in response to a situation of almost no consequence.

But the root fear is no laughing matter. Because it comes up over and over.

I’m afraid of messing up. On everything.

That’s the hallmark of perfectionism, isn’t it? There’s not room for learning, for missteps, for getting the hang of it. My achievement bar is set high for everything.

If I’m not careful, that perfectionism paralyzes me.

And its unspoken corollary: if you can’t do it well, don’t try.

You know what? That’s a load of crap.

Sure, take pride in your work. Take care of the small details, like spell-checking your first tweet.

But if you’re starting something new, stepping out into unexplored territory, you will probably do a lousy job at first.

It’s natural to suck at new things for a while. It’s part of growing, taking risks, and being brave.

So I’d like to suggest a different motto to live by.

Unless you stay safely in your comfort zone for the rest of your life, you’ll have to start something at the very messy beginning. Parenting, a new relationship. A small business, an art project, a volunteer position, a new career.

And the newness will be hard. We will not do it well. It will not be our best work. It may even embarrass us.

If you tell yourself you have to do that new thing well, you might never try at all.

You’ll never send your first tweet out to five followers. You’ll never get the business license, try a new approach towards discipline, open up the paints, or start typing.

If you don’t try, you’ll lose the beauty of that new thing, that brave effort, that risk that might have changed everything.

It’s okay to make mistakes, to not know what you’re doing, and to ask for help.

It’s fine to give yourself permission to fail.

Anything worth doing is worth doing poorly because it’s okay to be vulnerable. It’s okay to push ourselves past what we’re currently capable of. Not only is it okay, it’s the stuff that brings us lasting joy.

So focus on taking the first step, and trust that you’ll be resilient enough to handle the aftermath. Because the wonderful, blessed thing about starting is that you earn three gifts.

One, you begin, even when it’s hard.

Two, you come closer to your dream.

And three: you learn that that you’re brave.

Those gifts are worth doing things poorly. Every single time.