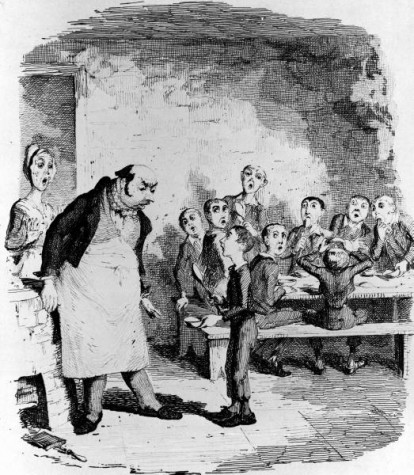 Fact: Unless you run your home like a Dickensian workhouse, kids are always going to make more mess than they remove. But that doesn’t mean they can’t pull their weight and take some of the load off while also learning important life skills that their future spouses will thank you for. Here are my six best tips for getting kids to help out around the house:

The younger you get the kids on board with helping out, the better: they should grow up used to the idea that keeping the house clean is the entire family’s responsibility. Give little ones age-appropriate tasks. For example, whenever we do a cleaning spree of the main floor, William (7) and Owen (5) get the job of putting shoes and boots in pairs and lining them up neatly at the door. Hey, with seven family members, we have a lot of footwear!

Break a large job down into specific tasks

If you want something done right, you’re going to have to do a lot of supervising. It took me a good three months of daily training to get my oldest boys to the point where they could do the dishes and laundry correctly–and once in a while they will still occasionally try to get away with sticking a plate in the dishwasher with crusty melted cheese stuck to it. Lesson learned: Don’t expect kids to do a job adequately without a lot of up-front help from Mom or Dad, and even then, expect backsliding and slacking off from time to time. If there are certain tasks you need to have done a certain way, don’t delegate those. For example, I clean the bathrooms myself because it’s worth it to me to have it done “right.”

Fair warning: kids, especially older kids (cough teenagers cough) don’t necessarily like to clean, and will take every opportunity to balk, hide, stall, or simply put in as little effort as possible. Identify your goals before you start a project: are you getting the kids to help out of principle–because they should? Or do you actually need them to help you get something done? If it’s the former, you might make a point of making them go back and re-do a job they didn’t do well the first time around. If it’s the latter, maybe an “okay” job is good enough for today so you can move on to the next thing.

For me these goals often differ depending on the situation. It would often be easier for me to just do the dishes myself rather than hovering over my 13-year-old as he moves through the job at a snail’s pace. But it’s important to me that he takes on the responsibility of helping around the house, so most nights, I delegate and hover. If I had guests coming over in a few hours, I’d probably give him other jobs to do–things he can do faster and that won’t matter as much if they’re done just right.

Stick to a system

If your kids know that every single night one washes and the other puts away, it becomes a predictable routine and they really will stop complaining…eventually. Mix things up for a few days or give them a break and just watch them act amazed and confused next time you ask them to do something. Kids do best when they know exactly what’s expected of them, and moms are happiest when they don’t have to repeat themselves over and over. Don’t make delegating hard on yourself: come up with a simple, predictable routine that’s easy for kids to remember and easy for you to oversee.

We usually spend an hour or two each weekend doing a full family clean-up session. Everyone pitches in at the same time so it’s a team effort, and we blast fun music to get everyone revved up. Some favorites from our eclectic family playlist: “The Eye of the Tiger” by Survivor, “You’re The Best Arouond” by Joe Esposito (Karate Kid theme), aaaaand…. “Halo” by Beyonce. I told you it was eclectic. But we have a good time, even wielding dust pans and toy bins.

Once upon a time my approach to mess was drama, followed by procrastination. If something spilled, I first over-reacted: “Gahhhhhh crayons on the floor? Arrrrrghhhh ughhhh meh life with kids so messy grumble grumble stupid crayons arg bleh grumble.” Then, I would avoid cleaning the mess for hours, feeling like I needed time and space to gather my energy before I could deal with it. Guess what? It turns out walking past a mess half a dozen times doesn’t make you any more motivated to clean it up. The opposite, in fact. And I realized I was being a horrible model for my kids, initially in making every mess out to be a tragedy, and then by teaching them to avoid things instead of face them head-on.

I’m not saying I’m always perfect at this–the temptation to over-react and then run in the other direction is strong–but I’m always a lot happier when I just take care of the mess quickly and with as little fuss as possible. And I can see it’s paying off: yesterday Clara accidentally shoved a board game off the table, and cards, playing pieces and dice scattered everywhere. Though I wanted to say ARRGH! and stomp away, I forced myself to take a deep breath and instead said “Ooops! We better clean up!” Clara cheerfully hopped off the chair and started picking up, singing “Clean up, clean up” as she went. The mess was picked up in two minutes. No. big. deal.

Tags:Cleaning & Organizing getting kids to help out Getting Things Done