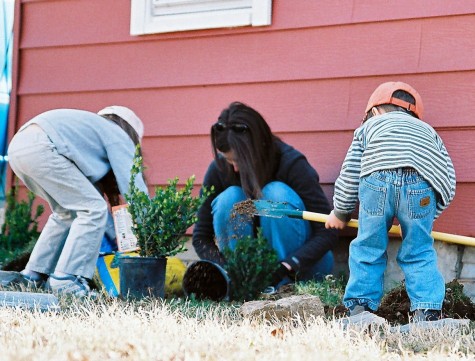 Yesterday I got a lovely link-up from Josey at PAILbloggers, a blog for moms (and dads, I think) who are parenting through adoption, infertility or loss. It got me thinking about how very differently we all experience the journey to becoming moms, and how much that can affect the way we experience motherhood and relate to other mothers.

One of the first blogs I ever stumbled upon 11 or 12 years ago was Dawn Friedman’s This Woman’s Work. At the time Dawn was struggling with secondary infertility (she later adopted a daughter) and blogging openly about the process and the many issues that come along with taking a less-traveled path to parenthood. I read Dawn’s blog (and her entire blogroll) for years.

I remember Dawn writing once that infertile and very fertile women actually have something in common: both can feel betrayed by their bodies. I can definitely attest to that statement! I know the experience of gut-wrenching dread when looking at a positive pregnancy test. I moved past it, but never forgot how easily nature can humble us and completely change our lives whether we are ready for it to or not.

Many of you know that I had my first baby when I was barely 20. That pregnancy was not planned (though, in a breathtaking display of youthful idiocy, I can’t say I was doing a bang-up job trying to prevent it, either) and it completely shook up my life.

But what I found was that early motherhood, which was definitely upsetting in a lot of ways, also gave me a sense of purpose and focus in life that I had been lacking, and paved the way for me to have a large family, which I had always wanted but might not have been able to have as easily if I’d waited.

I also felt very little pressure as a 20-year-old first-time mom, since I didn’t know anyone else who was having kids yet, and all my peers seemed awed by the simple fact that I was able to grow something in my body and then keep it alive. Organic cotton clothing and wooden Waldorf toys weren’t even on my radar yet. In a strange way, it was easier to feel good about my skills as a poor, inexperienced, very young new mother than as an experienced, middle-class 30-year-old mom.

On the flip side, I do sometimes wonder what dreams I might have recognized in my twenties if I hadn’t spent that decade breastfeeding and changing diapers. I do have a tiny bit of wistfulness when I think of how I’d meant to spend my young adult years, as opposed to how I actually did. Not enough to want to change the trajectory of my life, but enough to make me curious.

Anyway, that brings me to this week’s Your Turn Thursday question: what was your path to motherhood, and how has it affected your experience of being a mom? I love reading personal stories about how women became moms and am really looking forward to your responses this week.

Tags:path to motherhood Your Turn Thursdays