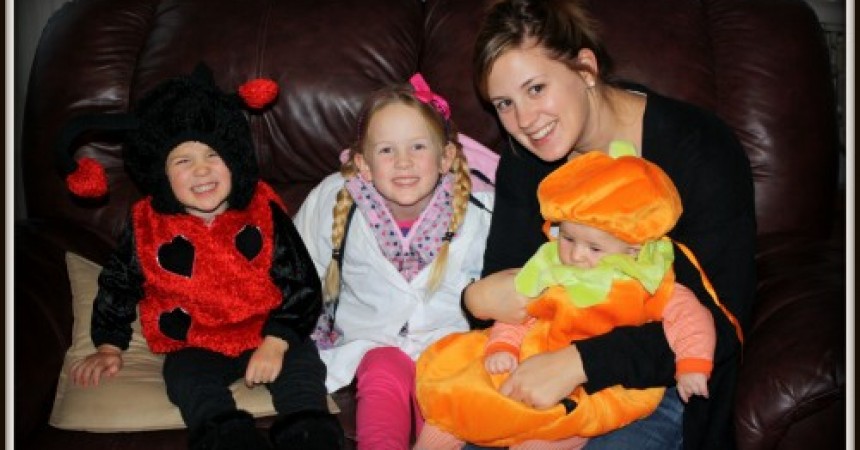 This is a guest post by Chaunie Brusie of Tiny Blue Lines. 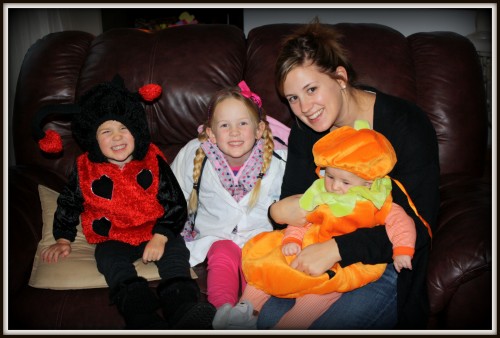 A few months ago, at the age of 26, I was heavily pregnant with my third child. Pushing my brood in the grocery store, diapers and cereal spilling out of my cart, I felt disapproving eyes turning on me down every aisle I clumsily navigated.

No! I wanted to shout. It’s not like that! I have an education! I’m a homeowner! I’m accomplishing things with my life, I swear!

There are days when I sit and count what I have accomplished with my life so far.

Got a book deal? Spoken at Capitol Hill? Check and check.

I do these things not because I am some kind of crazed egotist, hoarding accomplishments like shiny statues for my shelves, but for a much more embarrassing reason.

I feel like I need them to prove I’m a good mom.

When I stumbled upon a pair of two tiny blue lines one early morning during my senior year of college, my biggest fear was not if I would finish school or if I would be able to find health insurance.

My biggest fear was that I wouldn’t be good enough. How could I? At 21, I hadn’t exactly done all of the things that you are supposed to do before you become a mom. The job prospects were a bit non-existent, the ring was missing, and that whole place-to-live thing? Not quite there.

It seems like the trend today is that parenting is something people choose, rather than something that just happens. There is preparation and college funds and careers launched before a baby.

So for someone like me, the ultimate list-maker and checker-offer (I’m sure you know the type), an unplanned pregnancy equaled complete and utter disaster. And the worst part was—no one would understand.

I worried that no one would understand that I really wasn’t an irresponsible person. I wasn’t someone who was supposed to get knocked up before she was married. Really. I was a good girl. I had plans, people! Big plans.

Except now, looking down at the plastic stick, I didn’t really know what would happen to them.

There is a strange transformation that happens to a woman when she becomes a mother. Suddenly, talking to her at a dinner party or gathering becomes tricky. Do you ask her if she works, risking the insinuation that stay-at-home moms don’t work? Do you ask her what’s new, knowing her days consist primarily of changing diapers all day? Or do you take the most preferred route and skip right over her to ask her husband how work is going?

As a young mom, there is the added difficulty of the fact that I didn’t really accomplish anything before I had kids. There was no adult “pre-Mom” version of myself. I became a mom while I was still taking my laundry home to my own mother every weekend, so the lines got a little blurry. What dinner party conversation could I provide? “Hey everyone, who wants to hear the story of how I almost gave birth in class?” I feel like I got a little lost in the shuffle from college kid to parent.

So, I set about proving myself.

I delivered my daughter one week after I graduated college, started my first job as a nurse five weeks later, went back to school to pursue my Masters degree, worked two jobs while my husband finished his degree, bought a house, and set about starting a new career as a writer.

With every “How old are you anyways?” question I got and every “Babies having babies” comment I heard muttered, I worked harder.

I found myself collecting my accomplishments like Girl Scout badges. Except, instead of some delicious Thin Mints stashed in my freezer, all I ended up with was feeling…empty.

It’s taken me some time—three kids, four years, and countless stretch marks worth of time, but I am finally beginning to realize that I have nothing to prove. I’ve been running in a self-defeating circle.

I realized that I was seeking validation for my mothering skills. As if I could compensate for the early start into motherhood and late start into adulthood I had embarked upon.

But the truth is, my degree doesn’t matter when I am playing dress-up with my daughters.

My time in France doesn’t affect the raspberries I blow on my son’s tummy.

My kids don’t care that I am still young enough to remember the thrill of trick-or-treating.

It didn’t take a responsible age or the right career or the perfect degree to make me a good mom.

All it took was finally believing it myself. 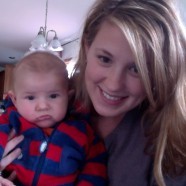 Chaunie Brusie is a writer, labor and delivery nurse, and young mom of three. She began serving as an advocate for young women facing unplanned pregnancies after becoming a mother during her senior year of college. A fellow Michigander, Chaunie is excited to say that after taking Meagan’s writing classes, she has been published on sites like The Bump, Babble, and Parents and will see her first book released in May 2014. Chaunie blogs at www.tinybluelines.com.