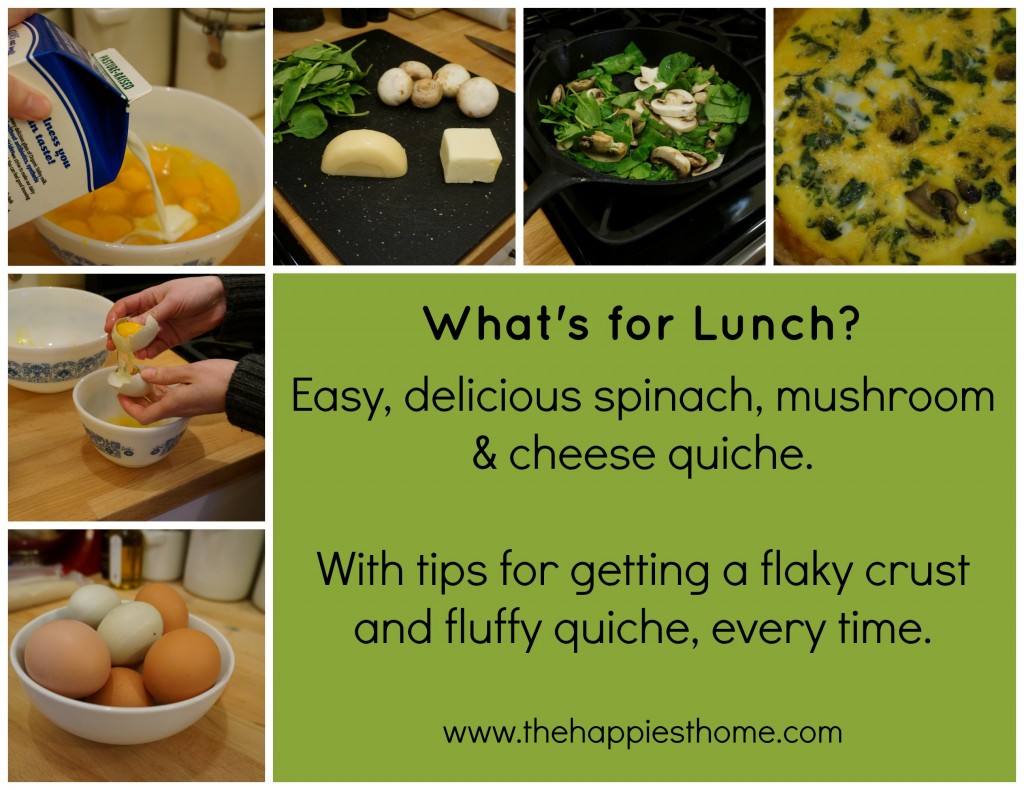 Lately, I’ve been trying to eat more protein. This is especially tricky around lunchtime, when my go-to meal tends to be bread with a side of bread. And as much as I love an egg over-medium with bacon, it gets old eating that every single day. (I know, I never thought I’d say that, either.)

Still, when it comes to protein-packed goodness, it doesn’t get much better than the humble egg. Sure, the organic and cage-free varieties can seem spendy, but are they really that expensive per pound when you consider what you get out of them? 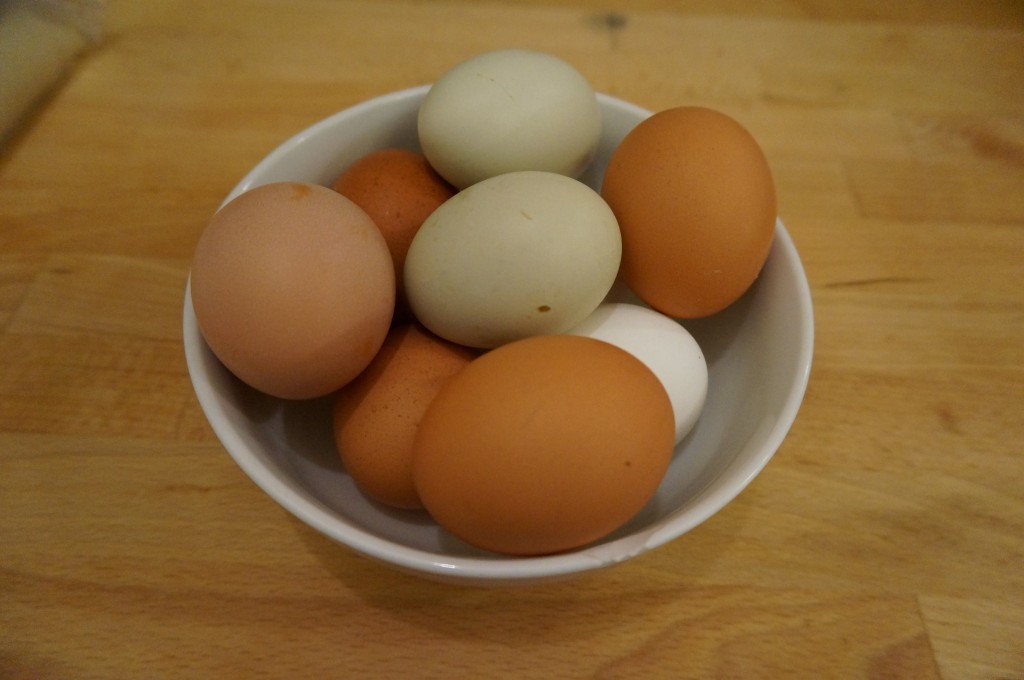 Aren’t those eggs beautiful? I got them from the same farmer who sold us Frances, The Free-Range Chicken.

Lately I’ve been making a lot of quiche, much to the delight of my family. They’re easy and relatively cheap to make, you can add anything you and your family likes,  and you can make three or four quiches at a time and then eat them over several days. They just taste better after sitting in the fridge for a while, as far as I’m concerned.

Quiche is a perfect vehicle for healthy stuff like spinach and other veggies, but you can also easily make a plainer version for a picky child right alongside an ingredient-stuffed masterpiece. It’s a flexible food. You can use a little more milk or a little less, a little more cheese or a little less, or an egg or two fewer than my method calls for, and still get good results.

However, there are roadblocks to contend with. At first my quiches suffered from soggy crust syndrome and a tendency toward denseness. But through trial and error I figured out how to avoid those traps and now? Fluffy, flaky-crusted quiche that the kids gobble up (but only if I don’t gobble it first!) 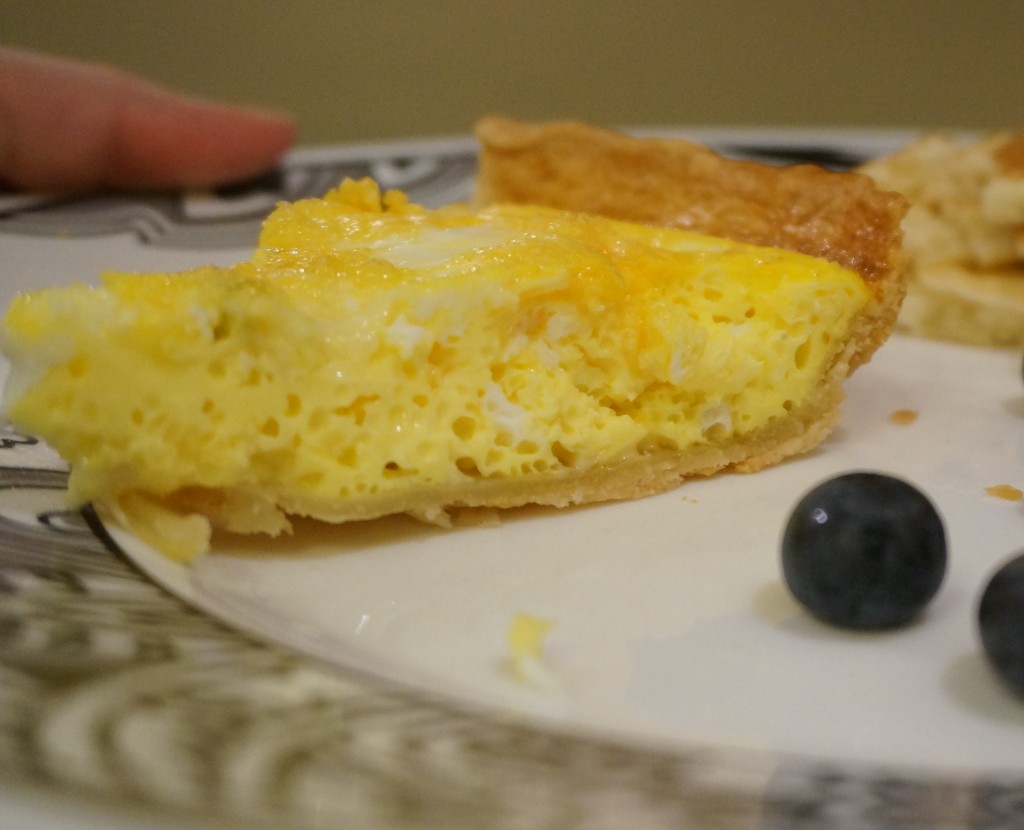 a plain cheese quiche I made alongside the mushroom-spinach version.

You’re not going to see any complicated strategies involving pie weights (which I didn’t even know existed before this experiment) or perfect crusts in my house, as I have still not quite figured out how to get the edges of a pie crust to look pretty. And I admit I rarely whisk quiiite enough to perfectly blend all the yolks and whites, hence the little white spots in my quiches.

But who cares? I love them, the kids love them, and I can whip up a whole week’s worth on a lazy Sunday afternoon. Now that’s what I call success.

Here’s how I recently made a quiche using my newfound “secrets” to fluffiness and flakiness: 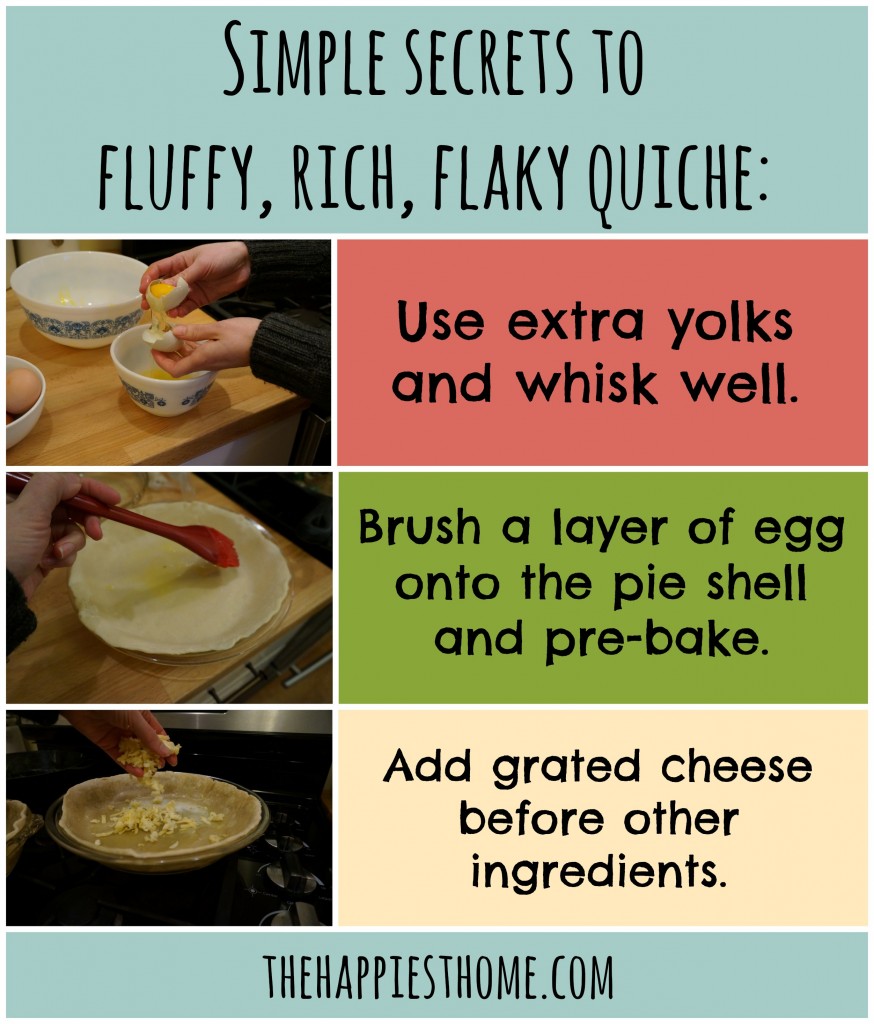 FYI: If you can’t eat eggs or prefer not to, Egg Beaters has a spinach quiche recipe you might want to try. Full disclosure: I work with ConAgra Foods, who make Egg Beaters, but this post isn’t sponsored – I just thought you might like to have the option!

That’s it! Once you’ve got the routine down you can easily crank a few of these out on the weekend and then eat the leftovers for days.

What are your favorite quiche ingredients? Do you have any tricks for making them fluffy, rich, and flaky?