We hope everyone had a safe and happy 4th of July holiday weekend, and since both Sarah and I are on vacation this week, we thought we’d revisit a post from last summer – one that has generated some great discussion over the last year. Enjoy! -Meagan 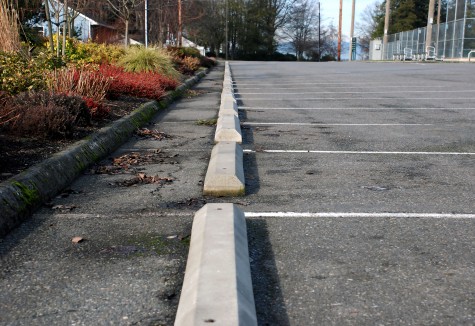 When it comes to parental triggers, I have a bit of a thing about kids and cars.

I may have given my young nephew a bit of a complex with the passion I put into my “don’t ever play in automobiles” speech.

I go through contortionist neck gymnastics whenever I back out of my driveway, thoroughly searching every possible square inch where a child could unexpectedly pop up as I inch out at about 1.5 miles per hour.

So I suppose it’s no surprise that a parking lot was involved in my three-year-old daughter’s first – and hopefully last – spanking.

The kids stood waiting to pile into the car after a trip to the beach after a long, exhausting slog across a fire-hot dune. I was collecting and shaking sand-covered towels as Jon brushed grit from the kids’ feet and calves.

Clara stood next to my oldest son, about fifteen feet away from me. The distance didn’t bother me: Clara has never been one to run away, and is in general a great listener.

“Jacob, would you brush the sand off of Clara’s feet?” I asked, rummaging through the beach bag.

But apparently my normally-docile daughter felt like giving her big brother a little trouble. As Jacob reached for her, a mischievous grin flashed across Clara’s face. I saw it, and my heart gave a quick double-squeeze.

“Clara…” I said in a warning tone. The grin stayed and she looked around, sizing up her options. I’d seen that look before, on my older kids’ faces: Clara was About To Bolt.

“Jacob, get her!” I cried, but he was too slow: she darted between two cars, directly into the parking lot.

I was on my feet in an instant and reached her in about five seconds flat, but of course, it wouldn’t have been soon enough if a car had been driving by at that moment – the picture that stayed in my head as I rushed around the car and grabbed her, shaking.

And then? She laughed.

Teach her, scare her, make her get it! some primitive area of my brain seemed to be screaming. And quick as a flash – before I’d had time to even think about it – my other hand closed in on her bottom in a noisy swat!

I immediately regretted it. Clara didn’t cry, but looked hurt and said, “Mommy, what did you do that for?” The rest of my family went silent and we all avoided eye contact as I sheepishly loaded her into the car.

It was then, after I fastened her harness and shut the car door, that I noticed the other mother, standing across the parking lot, staring at me.

Due to the glaring sun and the distance, I couldn’t make out her expression. But I just sensed the judgment.

But instead, I just climbed in the car, red-faced. What difference did it make if it was the first or last time, a heat-of-the-moment mistake or planned discipline? At that moment, I was A Spanker. Not only that, but a public spanker, an angry public spanker. The worst kind, right?

And it turns out, A Public Spanker was a humbling – and eye-opening – thing to be.

I have opinions about a lot of things. What and how we feed our kids. How babies are born. Antibiotics for ear infections. Slings and toddler leashes. Allowances and chores. Teens and technology.

And as it happens, I have opinions about spanking. I don’t think it works. I think it’s a crummy way to teach kids not to do wrong. I think it can easily cross over the line into abuse. And I think there is almost always a better option.

And yet, I spanked. Just one of the countless ways I’ve fallen short of my personal ideal in pretty much every single area where I hold an opinion.

Which is why I try so hard not to judge people who don’t hold the same opinions as I do. Or those who do hold those same opinions, but who fall short, every day. Because I’d have to judge myself, too.

That’s why, though I’m not a fan of spanking, articles with titles like “If you spank your kids, we can’ t be friends” (actual blog post title) bother me so much.

That’s why, though I know parents who feel differently than I do on a number of hot-button parenting issues, from vaccines to breastfeeding to circumcision to co-sleeping, I try very hard to never go down the path of belittling another loving parent for her beliefs.

Because there is a difference between having an opinion and judging.

Judgment takes the emphasis off of the behavior and puts it on the person. It says, “Because you do this, or because you believe in that, or because you made a mistake, you are lesser than me.” Judgment leaves no wiggle room for grace, disagreement, true understanding or growth. And judgment kicks people when they’re already down.

Having opinions is healthy, normal behavior. And you can express opinions, try to change hearts and minds, and stand up for your beliefs without demonizing the people who believe or act differently.

But when you define a person – an actual human being – by the action you don’t agree with, you start down a very slippery slope.

I know many will argue that spanking is different than, say, breastfeeding or junk food or other parenting debates. That it’s a more important issue, a potentially more damaging act. But I think “importance” is in the eye of the beholder. There are parents who feel very strongly about things that aren’t on my radar at all. And vice-versa, I’m sure.

I don’t know many parents who go around believing in things just for the fun of it. I may think their beliefs are misguided or wrong, but if I write them off as people because of those beliefs, then I’ve not only missed an opportunity to understand them better, but I’ve missed the opportunity to be a positive representation of my own beliefs.

And I don’t know a single parent who hasn’t fallen down on the job from time to time, whether it happens behind the scenes or right in the middle of a parking lot, like my very public meltdown.

Look, I know that some parents are just jerks, and the spanking or force-feeding or ultra-permissiveness are just the frosting on the yucky cake. By all means, avoid those people.

But when I’m dealing with otherwise kind, reasonable, loving parents, I prefer to start with the benefit of the doubt.

That maybe their opinions about whatever I find distasteful might evolve over time (I know that plenty of my parenting opinions have changed over the years.)

That maybe the mother in question is working out the way she really feels about the Issue Du Jour.

That maybe she is coming from a background that I can’t understand, or dealing with pressures I can’t see.

That perhaps the scene I witnessed was a low point in a stressful day.

Here’s the thing. At the end of the day, I’m still going to have opinions. Do I believe there is a spanking debate? Not particularly; or at least, not one I want to engage in.

I could say the same for about two dozen other parenting issues. I’m not interested in debating them; my mind is made up.

Yup, I have opinions.

But if you believe the opposite? If you’re struggling to figure out what you believe? Or if you agree with me, but screw up from time to time?

If I like you and think you’re a loving, thoughtful parent, it’s not going to make me think any less of you. Promise.

We can still be friends.