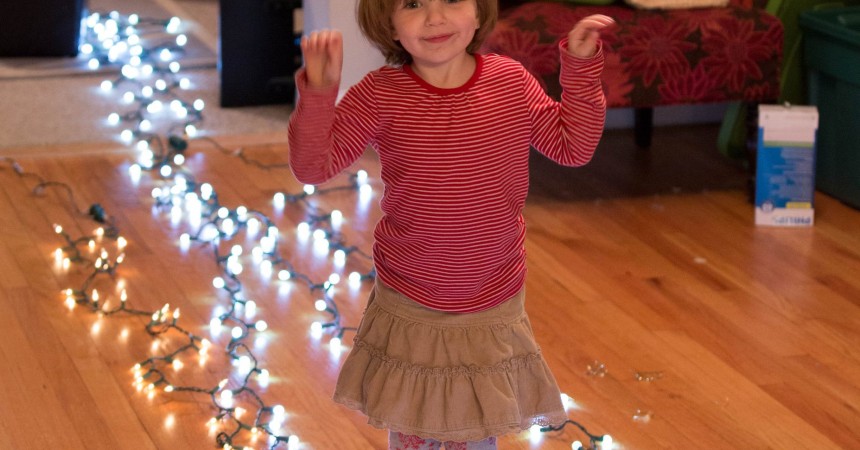 How was your holiday weekend?

This was the first Thanksgiving I both hosted my in-laws and cooked (most of) the meal. It went well, with a few minor hitches: the turkey was done a full hour sooner than I expected, but somehow the gratin didn’t get done even though I’d left it in a half-hour longer than I was supposed to. 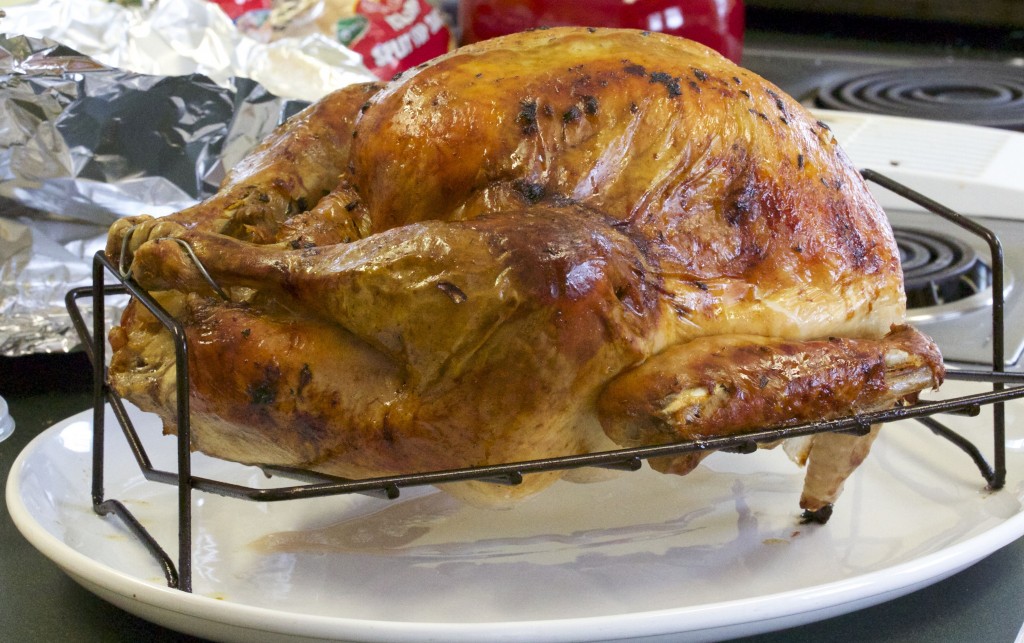 Still, I was pretty proud of the crispy, golden skin on that bird, and the meat was perfectly juicy and delicious even though I didn’t brine or bag or baste or do much at all except rub it with butter, stick a few lemons and onions in the cavity, and pop it in the oven. (Thanks to Ina Garten for a simple but delicious recipe!)

Anyway, who cares about underdone potatoes when there’s a chubby, adorable baby in the house whom your own five kids all adore in their own adorable ways? Say “hello” to my baby niece Maddie!

After our dinner on Thursday, a pile of sales circulars and Black Friday fliers slowly grew on my living-room floor.  There was some talk of going out shopping – a discussion that made me more than a little indignant – but in the end, nobody seemed to care enough about a big-screen TV to leave the house and head out. Instead, we spent the evening playing a rousing game of Settlers of Catan and gobbling up seconds of pie.

On Friday, after we saw our guests off, we loaded up the car and drove up to Lansing to spend the rest of the weekend with my sister Kathreen, brother John, and their respective families. I had the pleasure of getting together with some old friends, but also spent plenty of time just hanging out with my family.

My sister-in-law, Jenna, and I at Kathreen’s house. Did I mention Jenna was also my college roommate?

On Saturday morning Kathreen, Jenna and I went to Old Town; a funky, historic neighborhood in Lansing that was up-and-coming when I lived here 7-some years ago, but has now officially up-and-come. We browsed antiques shops and gift stores and art galleries, and at some point, somebody asked us if we were out for Small Business Saturday.

And to be honest, no, we weren’t! It was completely coincidental that we happened to be out.

It seems ironic that, while I am a huge supporter of small, local, and independent businesses, I completely forgot about Small Business Saturday. I’d been hyper-aware of Black Friday and – what’s it called now, Gray Thursday? – and mostly in a negative, media-saturated way.

It made me wonder if I maybe could have done more good focusing on promoting the small business movement via social media – or even just supporting it in a more strategic ways with my Saturday shopping  – than I did spending hours feeling irritated about stores being open on Thanksgiving or smugly shaking my head at Black Friday crowds.

I guess, as with anything else, I need to “be the change I wish to see in the world” – which is different from just griping about the things I wish I didn’t see. So while today’s shopping efforts were rather disorganized and scattershot, I’ll definitely be making a point to work small businesses into my holiday shopping plans.

But let’s be honest: I’ll be hitting up the major retailers too, like two of my favorites, Amazon and Target. Like anything else, holiday shopping needn’t be an all-or-nothing, black-or-white proposition. There are a lot of ways to start changing your shopping habits without completely overthrowing your usual plan.

Which brings us to today’s Sunday Reads, all about holiday shopping!

Whether you spent your weekend at the mall, have plans for Cyber Monday shopping online, or haven’t even begun making your lists, we thought we’d collect a few links for you this week that all have to do with gift-giving and holiday shopping. Enjoy!