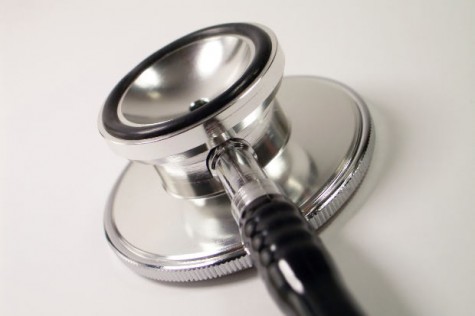 When I got the call from my doctor’s office the week before last, for a second I thought it was the front desk calling to remind me of an appointment I’d forgotten. Or perhaps the nurse, letting me know she’d called my refill into the pharmacy.

I’d been in the office the week before for a LEEP excision of my cervix – a Pap smear back in the fall had led to a biopsy, which showed severe dysplasia/pre-cancerous cells that needed to be removed. It’s a common, low-risk procedure, and when I scheduled it, I really thought the biggest thing I had to worry about was how I’d feel on Xanax (turns out, pretty great) and how the recovery would go (it was just fine.)

But one night, six days after my procedure, I started feeling anxious. I had a hard time sleeping that night, for no particular reason…I just felt that something, somewhere, wasn’t right. So when I picked up the phone and heard my gynecologist’s voice, I suddenly knew what it was.

I’d been told there was a 95% chance that the LEEP would take care of everything and I could just go on with my life, but until that moment it hadn’t occurred to me that I might be one of the other 5%.

And then it came. The biopsy of my cervical tissue, he told me, had shown invasive cancer.

A small amount, probably contained to one area. Very possibly, he’d gotten it all out with the LEEP. “You’re going to be okay,” he assured me. But all my brain registered was invasive cancer. Oh my God, they found invasive cancer in my cervix.

We talked over my options – almost certainly surgery; radiation and chemo unlikely but possible down the road – and I numbly, calmly listened, not really believing what I was hearing. Until the part where he said “I want you to know that you’re going to see your kids grow up.”  Talk about a statement jarring you awake – because up until then, had I ever, in my life, considered that watching my kids grow wasn’t pretty much guaranteed?

My doctor told me I’d know more after a GYN oncologist had had a chance to review the slides of my biopsy and the pathology report. So I waited.

A week later I sat in the oncologist’s office (a sentence I truly never thought I would type) talking over my diagnosis and treatment. The tumor they found was very small and had not grown very far into the cervix – a “microinvasion”, the doctor called it, also known as stage 1A – the best kind of cancer you can have, right? Ha, ha. Oh boy.

I really never thought I would be facing something like this. I have zero family history of cancer, and haven’t been on so much as an antibiotic since high school. I’ve always been healthy. I’m young!

Only…I’m not that young anymore. And apparently, I’m not quite as healthy as I believed…or wanted to believe.

I’ve gotten a lot of medical care over the last fifteen years, but almost all of it through the context of my pregnancies. And it had been more than three years since my last Pap smear. Yes, that’s the recommended time between Paps for most women, but given my history (more on that in a future post) I probably should have been going more often.

On the other hand, I am breathing a huge sigh of relief that I didn’t let life get in the way, letting another two or three years go by before making the appointment. It would have been easy to do, in the bustle of life. It is shockingly easy, really, to lose track of time and your own care when you’re in the intensive years of raising small children.

Our culture loves to give lip service to self-care for moms, but we tend to trivialize the topic. I know I’m guilty of that myself. Feeling stressed or tired? Seek a little retail therapy; do something nice for yourself, it’s easy to say. Have a cup of tea or a glass of wine. Relax.

But while bubble baths, massages, and manicures are wonderful things, they’re no substitute for taking real care of our health. And that can involve messy, uncomfortable, inconvenient, and un-pampering processes like screenings, blood tests, mole removals and mammograms.

No, those things don’t make for cute Instagrams or a fun girl’s nights out. But they are vitally important and we owe it to ourselves to make sure that “self care” includes the uncomfortable, un-fun stuff along with scented lotions and facials.

So here’s where things stand with me: I’m going to be okay. My doctors keep telling me that, and though I know there are never any guarantees, I am inclined to believe them so that I don’t completely freak out.

I will have a hysterectomy within the next few months, meaning I’ll have – ahem – the opportunity to face my fear of anesthesia and surgery. I’ll need to take it easy and will not get to do many of the things I wanted to do this summer. But I will be okay. Something I am very grateful for.

That’s not to say I’ve been zippedy-doo-dah-ing with gratitude since I got this news. Truth be told, I’ve been pretty low. I’ll be sad to lose organs that have defined my life for the last 16 years, even though I don’t need them anymore and they’ve, frankly, been a nuisance lately. I’m pretty much terrified of the idea of “going under.” I’m bummed about the fact that I’ll be losing some independence and abilities and facing restrictions on everything from picking up my kids to travel.

I’ve been sleeping a lot, crying a little, having difficulty focusing. I know I’ll come through it okay, but I don’t feel awesome at the moment. I do, however, feel resolved to start taking a more active role in my health.

Here’s something you can do that I think will help me feel a little bit better. Comment here and tell me something you are going to do for your health in the next couple of weeks. Maybe you’ll make that mammogram appointment you’ve been avoiding. Maybe you’ll get that suspicious mole checked out. Maybe you’ll join a gym or improve your diet or start taking vitamins or get your thyroid checked. Maybe you’ll go get a Pap smear.

Yes, our lives are busy. But looking after your health is every bit as important as reading to your child’s class or meeting a work deadline. And being healthy is every bit as satisfying as having freshly-painted toenails.

I’m learning this the hard way. Of course, there’s no guarantee that getting my Pap a year or two earlier would have led to a different result in the end. But when I think about how easy it would have been to put it off longer – while the cancer spread undetected – I just want to scream from the rooftops: GO GET YOUR PARTS CHECKED OUT.

We’re too important to put it off, to gamble on our health. We matter too much. Our families need us too much. Know it. Believe it. If cancer (I can still barely bring myself to type that word!) can happen to me, the person who always saw myself as so healthy, so tough, so invincible…well, it can happen to anyone.

It’s not always fun, this being a grown-up stuff. But I’ve found that the tests and procedures and screenings I get myself all worked up over are almost never as bad in the end as I think they will be. And they’re worth the time. I’m worth the time.

So are you. Please, give yourself some real self-care, soon.

And when you’re done, you can reward yourself with a nice bubble bath.

Are you in? Leave a comment letting me know what you’re going to do for your health within the next few weeks. It will really help me feel better about what I’m facing. And please share this post with your friends. You just might save a mom!

Since I wrote this post I’ve continued to blog about my diagnosis and treatment for cervical cancer. You can read the updates in these posts: