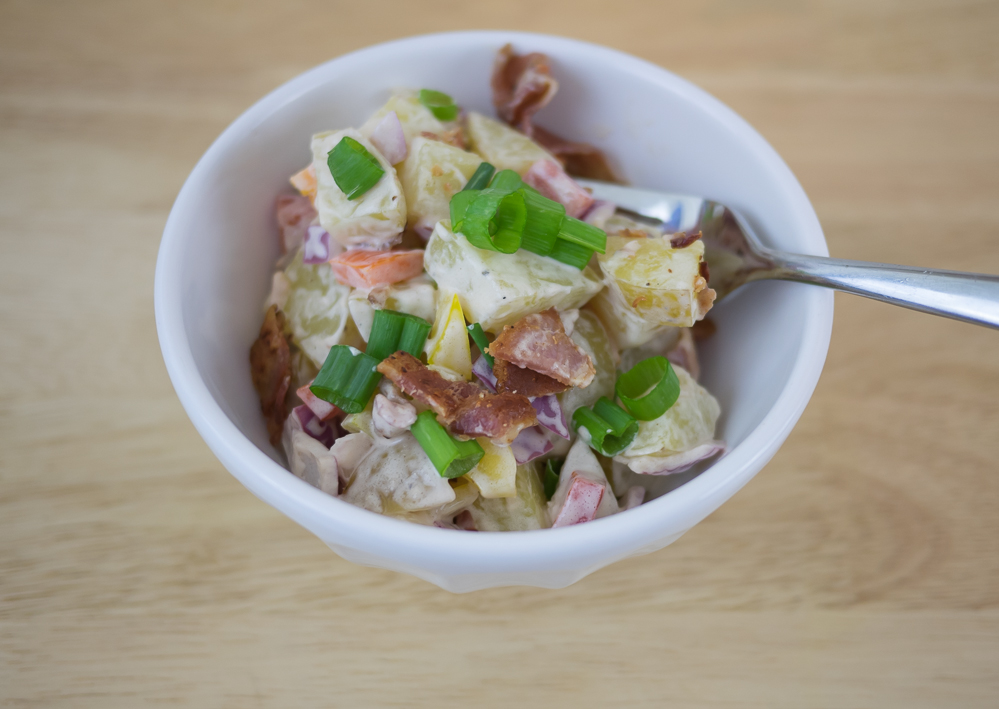 One of my favorite ways to welcome spring? Potato salad.

But not just any potato salad. Here’s where I admit that for years, I was under the mistaken impression that I didn’t like the stuff. It turns out I’d just been eating the wrong kind – mushy, bland, overdone – and needed to be shown the light.

A few years ago we were in need of a potato salad recipe for a potluck. I had a bag of red potatoes and some bacon, so I went online and found approximately 30,394 recipes online for potato salad with bacon. Since then, we’ve tweaked and tweaked until just recently, we finally mastered the PERFECT potato salad recipe.

It’s tangy and creamy, with plenty of crunch, and so many complementary flavors going on that each bite is a little surprise. It’s also really simple to throw together before a weekend party – you’ll need just a handful of ingredients.

The proportions in my recipe are party-sized, so feel free to divide the recipe if you’re just making this for your family’s dinner. Keep in mind that you’ll want some leftovers, though – the flavors will meld while it’s chilling in the fridge, and this potato salad is even better the next day. 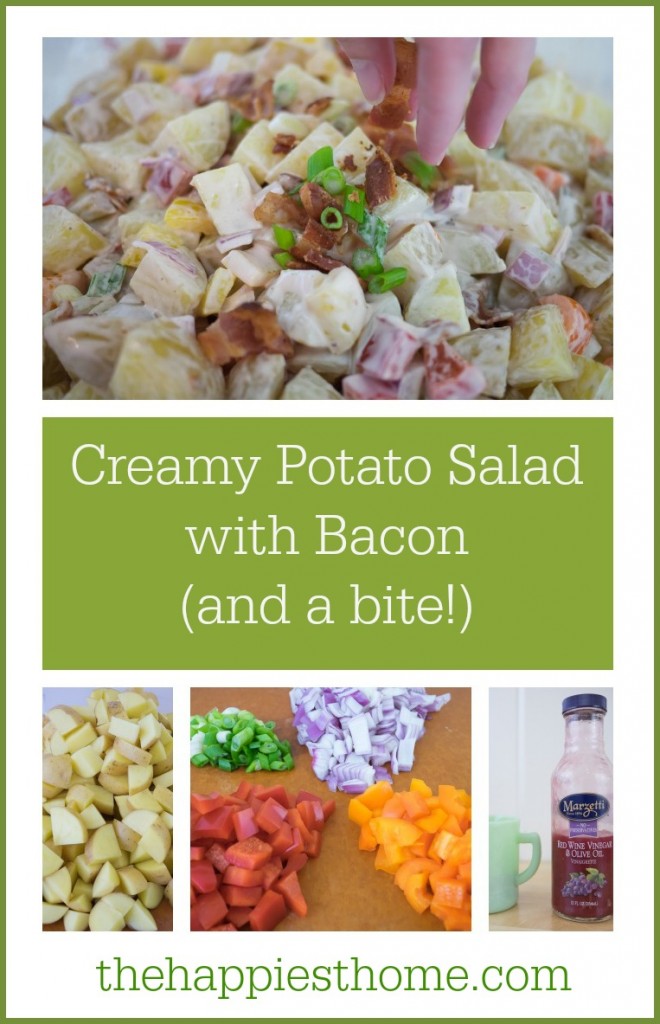 1. Put potatoes in large pot, cover with water and bring to boil. Cook until just done – I prefer the potatoes to have a bit of snap left to them. As soon as they are as done, remove from heat and run under cold water to stop the cooking process. Then put the potatoes in a large bowl and put in the refrigerator or freezer to cool (but don’t leave them in there too long – if they freeze it will mess up the texture. I learned that the hard way!)

2. Mix the mayonnaise, Marzetti vinaigrette, and Dijon mustard in a small bowl. 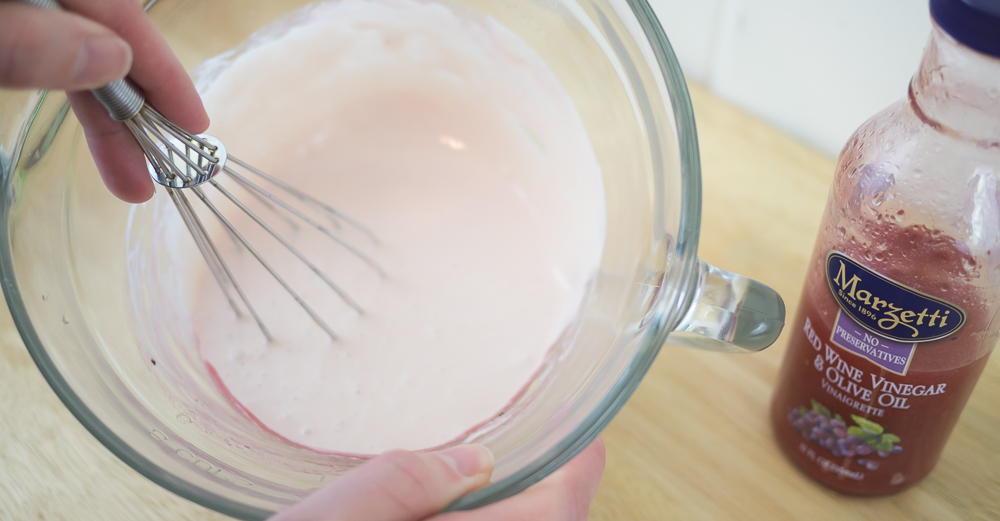 3. When the potatoes are cooled, stir in the peppers, bacon, red onion, and about 3/4 of the scallions (reserve some for topping) plus salt and pepper to taste (you don’t need much.) Then fold in the dressing and toss or stir to coat.

4. Top with the remaining scallions – and you’re done! 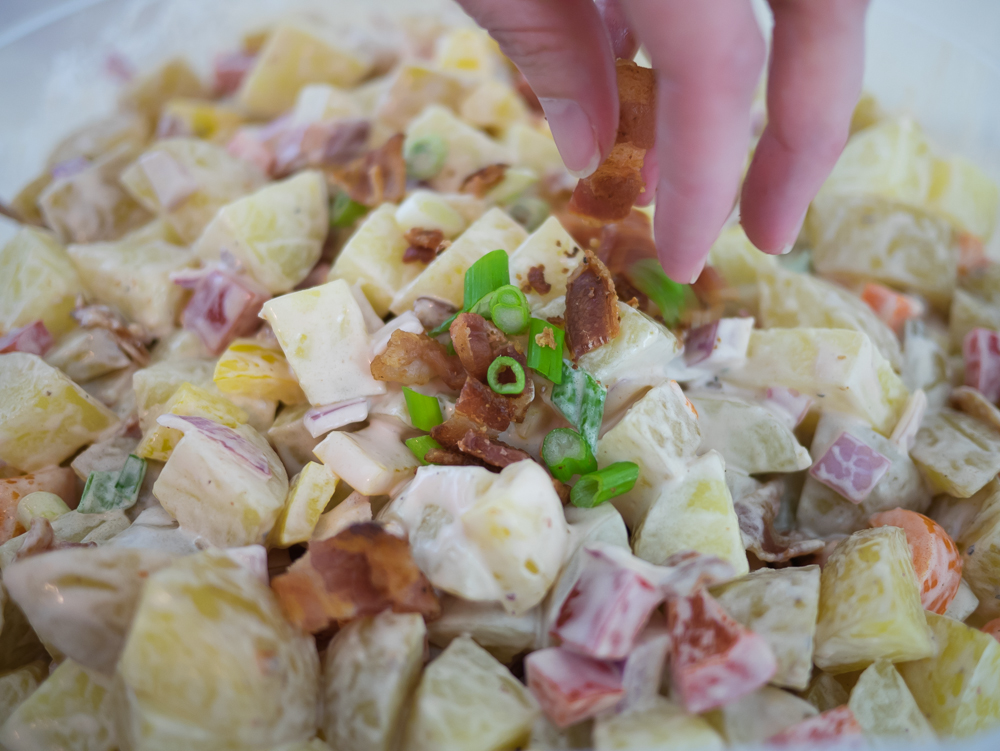 This salad is so flavorful – you get the sweet crunch of the peppers, the bite from the red onion, the salty goodness of the bacon, and the creamy, delicious tang from the mayo, Dijon mustard, and Marzetti vinaigrette in every bite.

Tempted? Make my creamy potato-bacon salad this week and tell me what you think!

I have been invited to participate in a Marzetti® ambassador program. This post is sponsored by Marzetti and product has been provided by them. The opinions and ideas expressed here are my own.

Love pinning your favorite recipes on Pinterest? Enter the Marzetti Recipe Exchange Sweepstakes by April 30, 2014 for a chance to win a $250 gift card and coupons for Marzetti products. Start pinning today – you can start with this recipe, if you’d like!