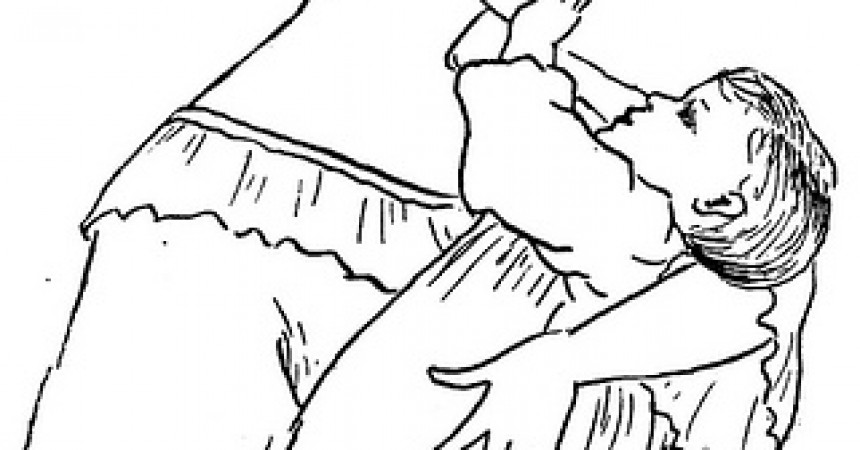 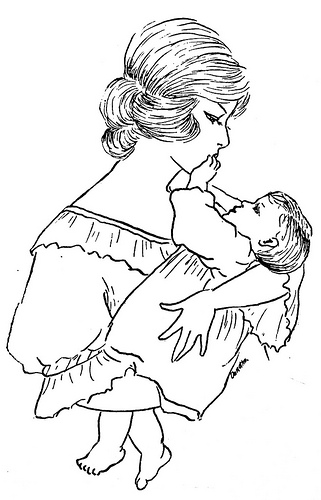 When I was pregnant the first time, I read the BabyCenter emails that came into my inbox weekly. Sometimes I cheated and went to the website a few days ahead of time to see what fruit or vegetable my fetus would most resemble next. But I tried to wait for the emails, feeling accomplished as each pregnant week passed by.

Those emails always had two sections, titled something like “What’s happening with your baby” and “What’s happening with your body”. The first, obviously, talked about fetal developments (she has fingernails! he can hear me!), and the second had information about my body during pregnancy. I read them both with interest – the baby stuff was exciting, if hard to conceptualize, and the information about my body and its various crazy symptoms was genuinely interesting to me.

After the baby was born, I continued to get emails. Your one-week-old, your two-week-old, and so on. The emails told me when I could expect the first social smiles, how to tell if baby was getting enough milk, and what to expect at our next pediatrician’s appointment.

If there was a second part, a “What’s happening with your body” section, I must have skipped it. At this point the baby was real and right in front of me, and my body was no longer the sacred vessel it had been during pregnancy. So despite BabyCenter’s best intentions to keep me informed about my postpartum self, I pretty much ignored their efforts; accordingly, I was pretty naive about even the most common postpartum symptoms.

Looking back, I wish I’d paid a bit more attention to the emails. I wish my doctor and the hospital nurses had been a little more explicit with what to expect. Most of all, though, I wish a girlfriend had taken me aside and said “Look, you’re going to be an emotional and physical train wreck for several weeks. It’s normal, okay?”

Maybe we don’t talk about postpartum symptoms because they’re not so glamorous and kind of embarrassing; or maybe it’s because the babies are so darn cute that we forget to bring it up. Maybe we’re just too tired. But whatever the reason, I don’t think the postpartum period gets as much attention as it deserves. Everyone’s postpartum experience is different, of course, but I thought I’d share four symptoms that rocked my world a bit (and not in the dreamy way that a new baby did) the first time around.

(You all know I’m not a doctor, right? These are my personal experiences, each of which I did discuss with my own doctor to make sure they were a normal part of postpartum recovery. Please, pretty please, if you’re having symptoms you’re worried about, talk to your doctor. OK, moving on.)

I had heard of postpartum depression, and I do credit my healthcare providers for educating me on the warning signs to look for. What no one ever told me, though, is that many women who don’t experience full postpartum depression do go through some intense hormonal “baby blues” in the weeks following delivery.

The baby blues caught me completely off guard. I have never been all that emotionally volatile; PMS doesn’t make me moody, pregnancy didn’t make me weepy, and I have never experienced clinical depression. So when I found myself just crippled with a sadness I couldn’t explain, despite an overall happiness I knew was there somewhere, it scared me. It set in three days after delivery like a wall of fog and it lifted about 3 weeks later (a timeline that is pretty typical for the postpartum blues).

What’s interesting is that my second and third babies brought a much milder case of the blues with them, something my doctor told me could be explained simply by the fact that I knew what to expect. Go figure.

People love to tell you how wonderful and thick pregnancy hair is. I would give up those marginally more luscious locks in a heartbeat if it meant skipping my all-time least favorite postpartum symptom: hair loss.

Mine begins about two months after delivery and lasts for a good four months. Hair in the shower, hair on the back of my shirt. Hair in the baby’s mouth, diaper, crib, and wrapped around her chubby fingers. Hair knotted in clumps around the elastics I use to keep it up.

And then? The hair that grows back is short and fuzzy and, in my case, increasingly gray. So even when the hair loss subsides, I deal with random shorter-than-the-rest-of-my-hair hair for many months to come. It’s like the gift that keeps on giving.

Eating a lot when you’re pregnant is kind of awesome. You feel celebratory, justified, indulgent. Then you have a baby and lose the luxury of  having both hands free to prepare food at will and suddenly all you want to do is eat a giant sandwich and a huge pile of french fries. Every two hours.

I get crazy-ravenous in the first few months of nursing a new baby. I also have intense cravings for certain foods, usually those in the cheese, deep-fried, and chocolate food groups. Mostly, I see this as a not-too-awful symptom – I really enjoy food, and I know my body needs the extra calories while I’m nursing. But when I’m rushed and busy caring for small people, it can be hard to keep up with the appetite and make sure I’m putting halfway decent nutrients into my system as well. I’ve learned to feed myself first – before the kids – and to keep high-protein snacks and meals around at all times.

Night sweats are pretty common in the weeks following delivery (common, and yet I’m pretty sure I’d never heard of them when I had my first baby). Less common are the temperature fluctuations that can sometimes accompany the sweats (or just happen all on their own).

With my second and third babies I experienced nighttime chills in addition to the whole waking-up-soaked-in-sweat thing. I would shiver in bed no matter how many fleece layers I had on. The first couple of times it happened I was sure I had a fever and was coming down with something, because the chills felt very similar to the kind you get with the flu. But no fever, no illness. Just shivering cold.

I’ve also heard of  women having hot flashes during postpartum recovery. My doctor told me that there isn’t a lot of research on body temperature fluctuation being tied to postpartum hormones, but it is commonly reported, if not scientifically proven.

(If you had hot flashes or chills or other temperature malfunctions during the postpartum period, I’d love to hear it. This seems to have been my most uncommon symptom…)

I’d love to hear from you. Did postpartum symptoms take you by surprise? Did you have any less-common ones you’d care to share? Do you loathe postpartum hair loss like I do?