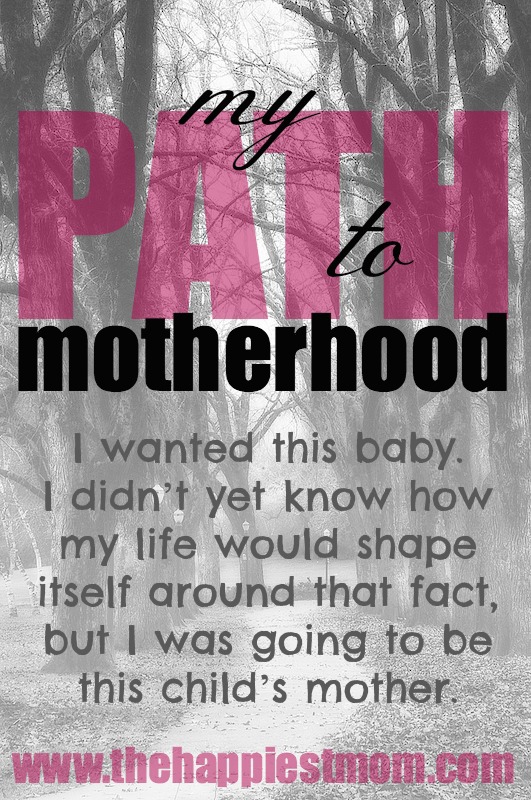 “I have to tell you something,” I said hoarsely, not at all sure how I would manage to speak the next words aloud. I’d caught a cold while I was in New York, but it wasn’t congestion closing my throat.

I was perched on the hearth of my fireplace, across from my best friend, Kirsten, who was lounging sideways across my purple love seat. My ex took the couch part of the set the previous year and I hadn’t got around to replacing it.  I was usually the only one sitting in my living room, anyway.

I was 38, divorced, and gave notice last month at the job where I had worked for the last 10 years because I was burnt out and exhausted. I was starting an MBA program in the fall but I didn’t know what would happen after that. This was the first time in my life I had not had a plan. My dreams of career, family and relationship all felt out of reach. It was terrifying but I was desperate. The last month had felt like I was teetering on the edge of a high cliff, praying my feet would find solid ground.

This week I should have been in my office telling my team I would no longer be their manager, but instead I was home, blowing my nose and worrying about my late period. 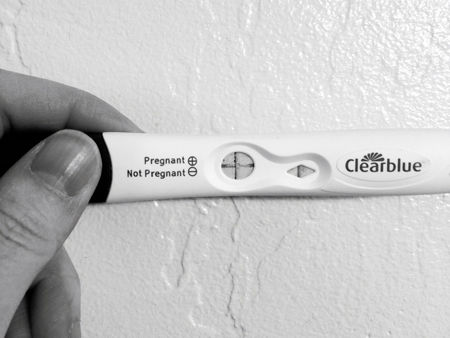 On Monday I was a week late. On Tuesday I bundled up and dragged myself to the drug store to buy a pregnancy test and more cold medicine. When I saw the blue plus sign on the pee stick I realized I shouldn’t take any more medicine. I took one last dose of NyQuil anyway because I needed to sleep more before I could process the fact that I was pregnant and about to be unemployed.

It was Thursday and I still hadn’t told anyone, not even the father of this baby, the man I can’t quite call my boyfriend. When I was in New York I decided to end the relationship. For months he had been telling me he was going to distance himself from his tangled relationship with his recent ex, but he hadn’t done it. I was tired. Tired of waiting for him, tired of being in love and not having it returned.

Kirsten arrived with a steaming Styrofoam container of tom khar gai – Southeast Asian chicken soup. It is what I crave when I’m sick and she’s the kind of friend who shows up with a vat of it without being asked.

So there we were in my living room, steaming bowls of soup in our laps and I had to tell her my news because I was scared and I had to tell somebody. She’s the person I tell everything to. But once I told her I was going to have to admit that this was really happening.

I looked up and she was watching, waiting.

“I’m pregnant.” I said, and then burst into tears. Sobbing, snotty, scared tears.

Across the room I felt her recoil just slightly before she composed herself and set down her bowl. “Oh,” she said. “Wow.”

I pushed my emotion back because that wasn’t what I expected. She knew how much I wanted a baby and I was expecting her to be happy for me, and just like that, I knew.

I wanted this baby. I didn’t yet know how my life would shape itself around that fact, but I was going to be this child’s mother.

The next conversation I had was easier. Over lunch, on a strip of lawn between a parking lot and a busy street with our sandwiches spread out on paper wrappers between us, I broke the news to Gary, my not-boyfriend. I skipped over the angst of my last week. I invited him to walk this path with me if he wanted to and he said he did. He and his 16-year-old son moved in with me a few months later and we bought a bigger couch.

Our daughter, Stella, was born two minutes before midnight into the warm false spring of early February. In my old life, I scoffed at women who said things like, “My children complete me.” But when I gazed into Stella’s eyes while she lay wet and panting on my chest I felt a piece of me that I didn’t know was missing click into place.

Driving home with her from the hospital, I marveled at fiercely blooming magnolias and plum blossoms lining the streets and reaching for the sky. My heart shared their exuberance. For the first time in a long time, my life felt alive again.

Doña Bumgarner is a mom and a writer. She lives with her partner and their two-year-old daughter in California. Her friend Kirsten was eventually happy about the baby, but the MBA never did get finished. Doña blogs at Nurtured Mama about how mothers (even of little ones) can stay sane and nourished.