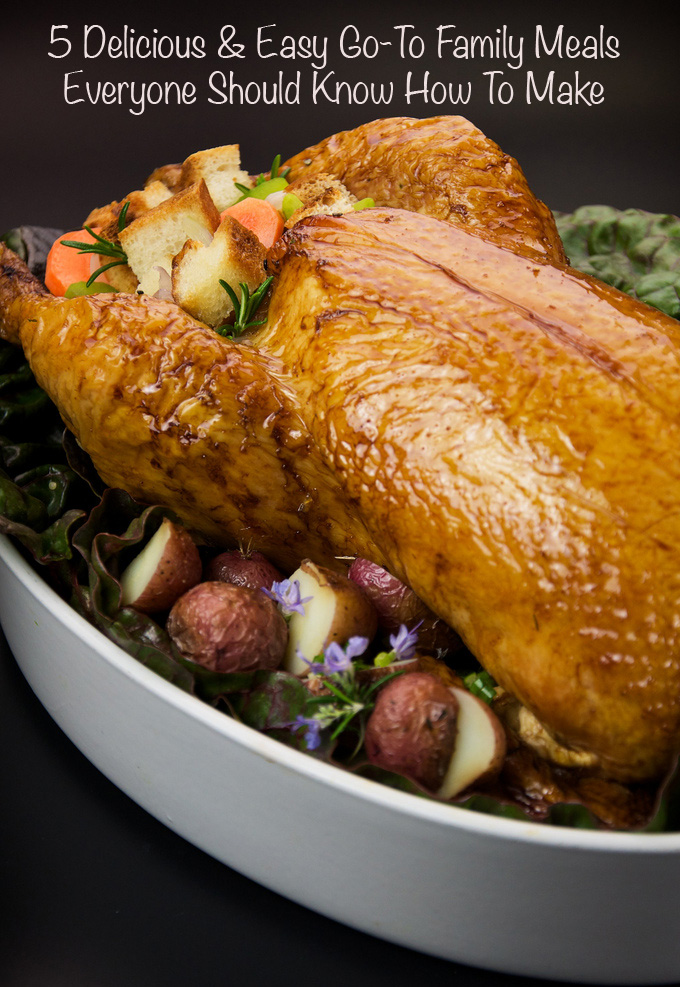 On my post last week about what my mother taught me about getting dinner on the table, a reader asked for the list of “staple” meals that are in our regular rotation. As I was writing it out I realized how many of them are the classic, meat-centric meals I grew up on. We’re veggie lovers, too; but I’ve found that simple meat-veg-potatoes dinners are the ones that go over best in our house.

I used to avoid cooking those kind of meals. First of all, I thought that I should try harder to be inventive at dinnertime. Second, I was intimidated by choosing and cooking unfamiliar cuts of meat – and all of them were unfamiliar to me when I first “set up housekeeping”.

I wrote this about my five biggest go-to meals at my Babble blog yesterday:

…When it comes to the dinners my kids will actually eat, it’s pretty clear what wins: classic, hearty, meaty dishes with simple flavorings. That’s why as my kids have gotten older, I’ve increasingly gravitated toward the kind of meals I grew up with as a kid: roasts, stews, and soups.

You don’t have to serve a ton of meat to satisfy a family – a small roasting chicken feeds all 7 of us with meat left over for soup – but just having that main dish out of the way makes it so easy to pull a meal together: roast some carrots, smash some potatoes, or even just rip open a bag of frozen green beans and some instant rice, and you’ve got a meal.