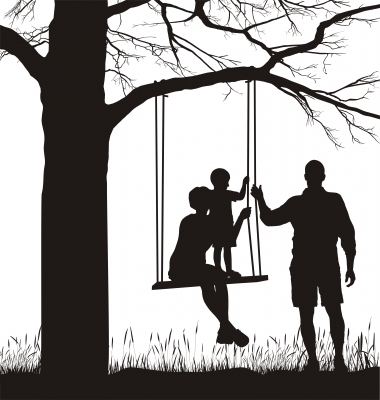 Consistency is great, but sometimes changing your mind sends the strongest message.

I read a lot of discipline books when my oldest kids were younger.

A lot of discipline books.

(As I mentioned the other day, I was having a hard time parenting my younger son.)

And though the books I read ranged in approach from strict authoritarian to gentle and cooperative, almost all of them drove home the same point: be consistent. Choose a decision, a technique, an approach, a rule, a consequence, and stick to it. (the subtext I inferred: or else you are doomed.)

Having internalized a “consistency at all costs” mindset I was convinced that any decree I passed down—whether “No way”, “Only one cookie”, or “We aren’t leaving here until you’ve put on your coat!” had to be carried through, unswervingly, to the bitter end.  Tears, pleas, and even my own change of heart could have no effect on my resolve—once something had been said, it had to be a done deal. Otherwise, my children would learn to see through my idle threats, prey on my weaknesses—basically, turn into defiant, ill-mannered monsters.

But here’s the thing: I say a lot of stuff. Much of it is grounded in deep thought and a strong sense of my values and priorities. But other times, my words are off-the-top-of-my-head reactions that don’t have much basis in logic (hey, I’m only human.) Once in a while I’m going to realize that a rule or consequence I imposed wasn’t appropriate or fair or necessary. Should I follow through anyway, just for the sake of being consistent?

Don’t get me wrong. I think consistency is great. The more my kids know what to expect, the more relaxed and better-behaved they seem to be. Consistency also helps me stay on top of my life because I don’t have to keep re-inventing the wheel if I pick a method or system that works and stick with it.

But consistency has to be tempered with common sense and the flexibility to change things up when they just aren’t working–for whatever reason. Otherwise, we wind up serving ideas, techniques, and tools instead of letting them serve us.

Sometimes I lay down the law, then realize later that my decree wasn’t very fair, or I made it for the wrong reason (I was feeling touchy about the way a stranger looked at us in the store, for example.) Often a rule that worked for one child, one situation, or one season of my life just doesn’t work for another. And once in a while, once the dust has settled, I just don’t care enough to follow through.

This lack of rigidity in my mothering rulebook used to really worry me. After all, “consistency” had been top of my mind for so long that I feared any change of mind or heart would make me look weak and indecisive. I worried my kids would learn that all they had to do was wear me down and I’d eventually give in.

After a while, I realized that wasn’t true, either. When something’s important to me–like wearing seat belts, say, or being respectful–I stick to it like superglue no matter how much resistance or begging I face.

But when something’s not that important to me, or my former approach just doesn’t make sense anymore, or I’m just willing to bend a rule once in a while, I reserve the right to say “Eh, you know what? I guess a granola bar an hour before dinner would be OK today.”

I don’t have all the answers, and I can’t fool my kids into thinking I do. Yes, I want well-behaved, polite, obedient children, but I also want to be fair, reasonable, and flexible. Hopefully, through example, they’ll learn that life is all about options. It’s never too late to change your mind, whether you were wrong to begin with or just want to try something new.  After all, isn’t that what having minds of our own is all about? I am still the boss, but sometimes even bosses change their minds.

The way I see it, by sometimes being inconsistent I’m sending my kids a very consistent message: I love you, I’m trying to do the right thing, and I’m human.

And sometimes, I believe changing your mind when something isn’t working, isn’t fair, or simply isn’t that important to you is the strongest message you can send.

Have you ever been afraid of looking inconsistent when you really wanted to change your mind about something? What did you do?