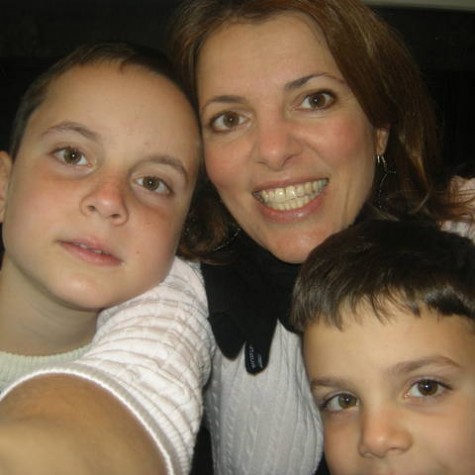 When I was growing up, I remember thinking my mom was “mean” for the following:

Though I stomped my feet and groused around the house after these displays of motherly authority, I also remember, down deep, feeling a little glimmer of respect for my mom each time she put her foot down or drew a hard line. I might not agree with her standards – or at least, I wished I could get around them – but I secretly liked that she had them.

Maybe that’s why I’ve always been such a fan of my friend Denise Schipani’s take on modern motherhood. Even though we don’t agree on everything and have somewhat different baby-rearing styles, Denise and I share a respect for a mom’s position as an authority figure in the house, a deep aversion to mom guilt, and an understanding that mothers deserve to be happy. In other words: we don’t have to do everything the same to “get” each other as moms. (Mommy wars? Pfft.)

Denise’s brand-new book Mean Moms Rule just hit bookstores last month, and I was thrilled to have a chance to interview her here on The Happiest Mom. Denise is witty, down-to-earth, and a champion of happier motherhood – you’re in for a treat!

Meagan: I think when people hear the word “mean” they sometimes think grumpy, sour, or negative. But I know you, and I know that’s not what you’re about at all. So tell us: what do you think it really means to be a “mean” mom?

Denise: Well, I can be grumpy (we all can!), but as you say, my definition of “mean” has nothing to do with that, or with being cold, unfeeling, harsh, or negative. I called my approach mean because it’s not easy to do. It takes a hard (or “mean”) line against the permissive, helicopter-y, indulgent brand of parenting I’ve been seeing all around me since well before I had kids. I call it “squishy” parenting. So, to me, “mean” is being in charge.

Mean is being unafraid of seeing my children temporarily uncomfortable (if they can’t do what they want when they want, or if they encounter one of the many life occasions that are unfair). Mean is staying true to myself, not drowning in the pool of motherhood. Mean is thinking more about the endgame of raising kids than about the here-and-now. Mean is not overprotecting my children to the point where they are unable to take a step later — as adolescents and then as men — without looking back at me (or texting me!) to see if it’s okay, or to assume I’ll fix what’s not okay.

Meagan: How has being mean made you happier, more confident and more functional as a mother?

Denise: It makes a lot of things clear, or clearer. For example, if I’ve decided (with my husband) on certain house rules, the hard part is already over. If bedtime is at 8, then that’s that. My boys may not have to be tucked up in the dark at 8 pm, but they do have to be ready for bed and upstairs doing whatever it is they do before we call for a lights out. They also know that if things get too crazy upstairs, one of us will be making the actual lights-out time earlier.

Things like this make me more confident as a mom because I’m not always bracing myself for protracted nightly negotiation sessions. It makes me happier because there’s this point in the evening where I simply need my “mom” switch to slide to the off position, you know? Not that I wouldn’t go to them if they need me, naturally (let me tell you about the times I’ve rocked a seven-year-old in terrible pain from an ear infection for hours on end).

It’s like this: When you make well-considered decisions about how you want things to more or less turn out down the line, you remove a lot of second-guessing from your life, which has translated, for me, into a greater confidence as a mother. I call it “starting as you mean to go on.” 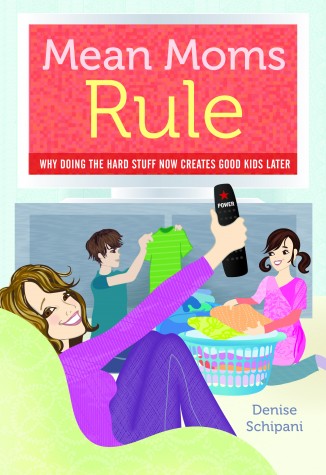 Meagan: Along those same lines, I think we’d both agree that there are certain things mothers do to try to be “nice” that can just end up making them crankier in the end…

Denise: Absolutely! I think there are a lot of very well-intentioned attempts among modern mothers to be the “nice mom,” the one who says yes all the time, who always has the ice cream, who does a lot of things that, on reflection, she may not have wanted to do.

And a lot of times it happens because she made a decision in the moment that had mostly to do with instant gratification, such as buying the toy she really didn’t want to buy – either because she doesn’t find it appropriate or it’s too expensive or because the kid already has 10 similar toys. She did it to bring that smile to her child’s face, or to head off a tantrum (when they’re tiny) or exhausting pushback (when they’re older), or to “make a memory.”

But all those zillions of yeses, those attempts to appear as the “nice” mom, have a knock-on effect, both for you and for your child. For you, well, you end up doing things (like buying the toy or allowing the violent video game or whatever) you didn’t really want to, which leaves you unsatisfied and unhappy.

And for your child, you run the risk of ending up with a child who has heard yes so many times, he expects to hear yes all the time — and not just from you. (“What do you mean I can’t postpone that college final? I’m tired!” Or, “What do you mean I don’t get to go straight from entry level to the CEO suite?”)

Meagan: When moms choose to draw firm boundaries and stick to them, it’s inevitable that their kids will think they’re mean once in a while. But not all the time, of course! When do you think your kids would say that you’re “nice”?

Denise: Um….never? Just kidding! My kids think I’m awesome, and I use “awesome” in its proper way, which is “full of awe.” Honestly, I don’t think my kids think of me as the nicest mom on the block, in the same way that I never thought my mom was the nicest on the block.

But in the same way that my mom, even though she was pretty strict, was the only mom I wanted (the other moms didn’t make good grilled cheese, for example), I think – I hope! – my kids respect me, and also appreciate what’s cool about me, even if they’re still kinda young. They know that I’m strict, but they also know that I’m someone they can look up to.

And they also know me as someone who is unbelievably silly with them. Some of my best moments are when I get silly (talking in an exaggerated British accent; making up dialog for the birds that gather in our yard in the morning) and my younger son says, “again! Again!”

I guess what I’m saying is that while I quite naturally want my sons to like (and love) me, I’d prefer that “like” to arise first from respect. Oh, that sounds so old school! But there are times old school just fits. I don’t see a disconnect between respect and love; I think there’s something we lost, collectively as parents, when we tried – over the last several generations – to be our kids’ friends. We got down on their level, and started dancing too fast trying to please them. That left a vacancy at the top, where the parents (like my mom, and her excellent grilled cheese) used to be.

Thanks so much, Denise! I hope everyone will check out her new book Mean Moms Rule. And of course, I want to hear from you: what do you think it means to be a “mean mom”?