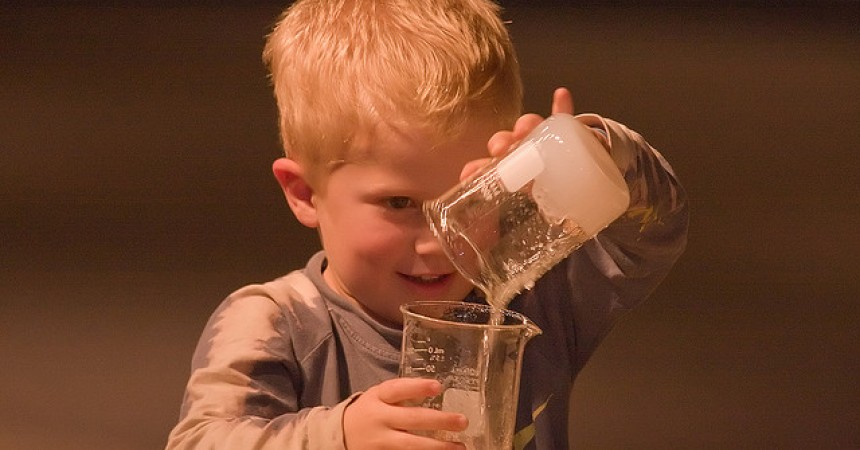 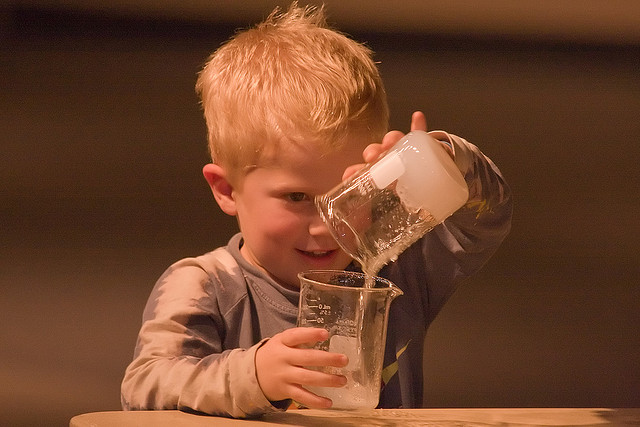 I’m always amazed when I watch my daughter sew.

She’s had almost no instruction. Doesn’t like the sewing books I got for her and her sister—she prefers to wing it. And so she comes up with her own projects out of thin air—a vest, a bracelet, a sleeping bag for a doll.

Like me, my daughter has Firm Ideas about how things should turn out in life, but in this area, at least, she likes to experiment.

Can I be honest?

Because for much of my life, I’ve tried to figure out how to do something perfectly before I ever gave myself permission to start.

Which, if we’re being honest, meant I never started.

Look, I am all for education, and careful planning, and mentors and teachers and Googling ideas, but when it comes right down to us, there’s something really lovely for just throwing yourself at something new and trying.

Because yes, you might spend all afternoon making a dress that doesn’t fit, but it also might mean you use the sewing machine in the first place.

The past few years, I’ve much more experimenting and making do, and sometimes coming up short. But often, to my surprise, I’ve discovered competency where I assumed I was helpless.

It turns out that trying new things gives you gumption.

But like a tightrope walker, it helps to have balance, right? Here are a few things I’ve learned while I’m teetering my way into a wild experiment.

So often, my grand plans for my life have been about scrimping, or tightening, or cutting things away.

What I have learned most from watching my daughter sew is that she does it just for the heck of it. She does it because she likes making things, because she is fascinated by the machine’s power, and because she has ideas leaping out of her brain.

She does it for the joy.

What in your life are you tickled pink by? What fascinates you and gives you energy? Could you play with it for five minutes every day? Could you devote just one day a week to making it a priority? You don’t have to do it perfectly or know how it will eventually pay off. Watching my daughter give in to delight every day is a study in living a fantastic life.

If a new thing is indeed an experiment, and not a grand debut, then for God’s sake, go easy on yourself.

Last year, I wrote two ebooks to sell on my blog. Yes, I hoped to sell a million copies, but in the spirit of experimentation, I tried to tone down my expectations.

I decided success wasn’t just about sales numbers. I wanted to learn more about self-publishing and marketing. I had larger strategic goals for my website. I also wanted to act more like an author.

Having a lot of ways to succeed meant the whole project stayed an experiment: quick, fun, and exciting.

If you are going to experiment, set yourself up for wild success.

Be non-judgmental about snags.

I spent my school career fighting against my natural forgetfulness and procrastination. I became really organized, and also just the tiniest bit harsh with myself.

Fear about being lazy or incompetent have hamstrung my wild experimentation for years.

Lately, though, I try to approach my forgetful, balky self with kindness.

If I ignore my to-do list, or am forgetting important details, I try asking myself questions, instead of telling myself I’m lazy.

If I’m procrastinating, do I really want to do the thing I’ve been putting off? If I’m forgetting stuff, do I need to change how I remind myself or mark things on my calendar?

As I’ve stopped immediately shaming myself for snafus, I’ve gotten a lot more effective. The energy I used to shame myself goes into troubleshooting instead.

So see yourself and your habits as a grand experiment, and have a sense of humor. If you’re procrastinating or not following through, take stock, and see if you can change up what’s not working.

It’s all too easy to see time as a millwheel that goes around endlessly, full of routine, trash collection, and taxes. But we have a thousand opportunities to experiment, try new things, and live out our dreams every day. Won’t you take a stab at one of them, this week? Just to give it a shot?

We want to thank Heather for her wonderful and wise words over the past two years here on The Happiest Home! As we re-focus a bit for 2015 we’ll be moving away from guest writers for a while, but we hope you’ll continue to follow Heather on her blog, Facebook, and Twitter. Thanks, Heather!