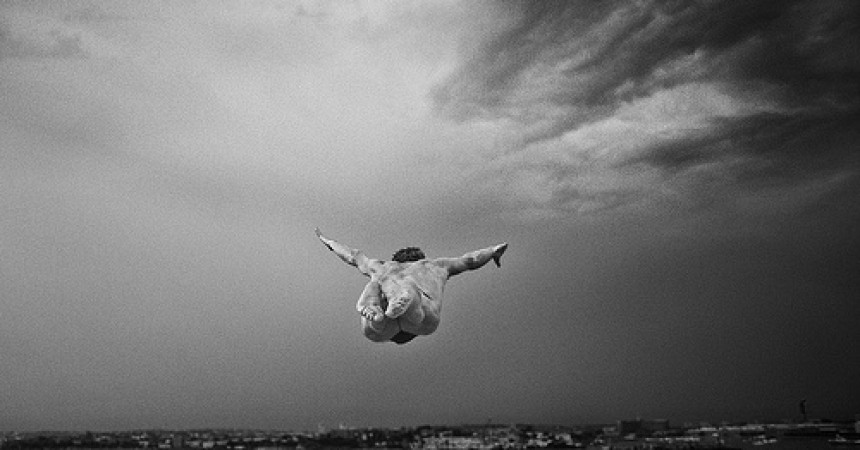 I used to define myself by what I wouldn’t do.

Dive headfirst in a pool. Duck under an ocean wave. Watch scary movies, even “scary” movies meant for children. Rollercoasters. Heights. Anything starting with the word “extreme.” I hate calling to order takeout. I hesitate, really, to pick up the phone at all. My heart pounds if I try to wear a belt as an accessory instead of a way to hold up my pants. And don’t get me started on bees.

When I started saying “yes” to things that scared me about a year ago, I thought I’d push against the fears that had defined me. In other words: extreme. I tried a balance board and nearly broke my wrist. I tried (gasp) to accessorize.

I was determined to start being brave for the first time.

That was a worthy goal, but something else happened instead.

I started realizing I was already brave. Period.

Because “bravery” isn’t something that happens only to bungee jumpers or tightrope walkers. Bravery belongs to the bookish as well as the brash. Bravery comes in as many shades as there are people.

Bravery is much simpler than I realized.

Bravery is facing one fear, no matter how small, and moving forward anyway.

By that definition, all of us has the chance to be brave right now. And all of us are probably much braver than we give ourselves credit for.

Recognizing my own bravery made it easier to move forwards towards the goals I was longing to reach. Because placing bravery well within my reach made a huge difference in my life.

Just one step forward. I could handle that.

I was scared to start a website. But spending fifteen minutes researching hosting companies made me less worried about the bigger goal.

I was afraid about being needy while living abroad. But talking to one friend about my loneliness made me realize how important it was to ask for help.

I sketched a portrait of my daughter and hated the results. But I hung it on the wall anyway, and the next morning, I was surprised to realize my effort was much better than I’d thought.

One step forward in the face of fears and internal resistance paved the way for the next steps. And it didn’t matter how inconsequential the step seemed. Being brave in the small things made me feel surer I could be brave in the larger things. The more I practiced small bravery, the more I started seeing all the ways I’d been brave, extreme sports notwithstanding.

I’m convinced that most of us are already brave.

Sure, we might not feel that way when we compare ourselves to the geniuses, artists and wily entrepreneurs that shine on TV. But there’s a quieter bravery that’s the bedrock of everyday life.

And dismissing all that bravery hurts us. If we don’t see the ways that we’re showing up, facing fears, and carrying on already, how will wee see ourselves (with love to Glennon Mellon) as warriors that can soldier on to our dreams?

The truth is, you are already braver than you imagine. You are already conquering dragons that would leave me shivering in my boots. You and me both are ready to keep on being brave in ordinary ways.

We’re ready–ready!– to start practicing the extraordinary bravery that will launch us towards our dreams.