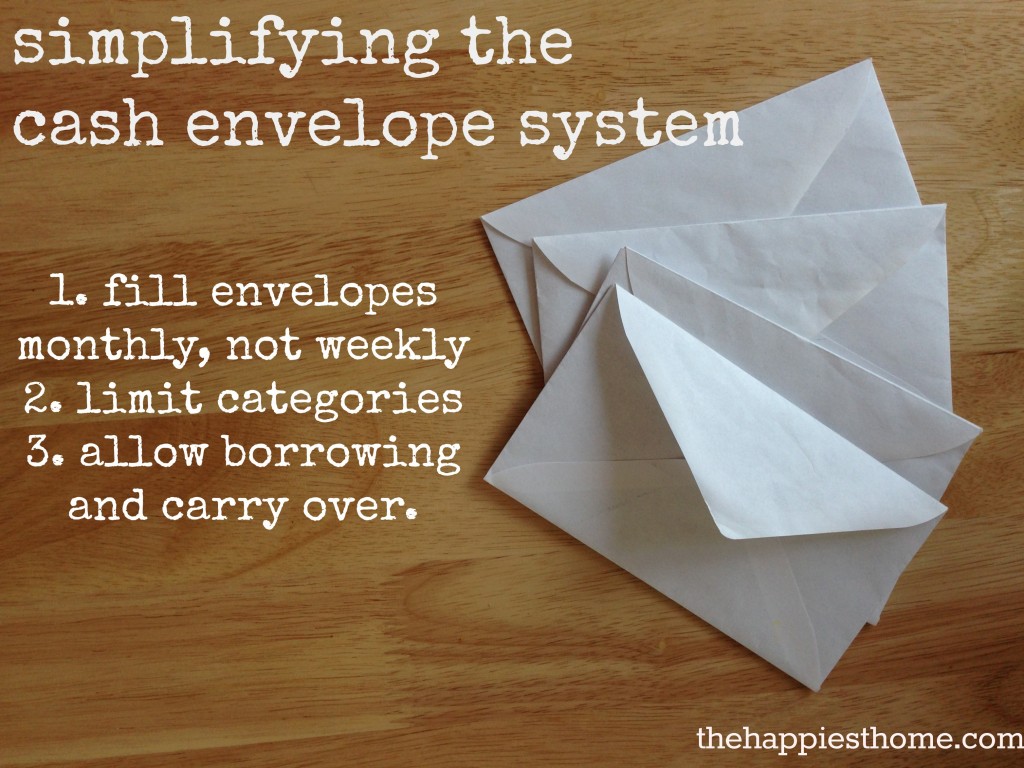 The first time we used a cash-based budgeting system way back in our early 20s, we used cash for absolutely everything.

We’d cash our checks for the week, then go to the grocery store to pay our utility bills (I’m not even sure if grocery stores still offer that option!). Then we’d get money orders for rent and any other payments that had to be mailed away, and then we used cash for absolutely everything else – including gas, which required us to leave our vehicles and enter the gas station.

As you can probably guess, this system didn’t last terribly long. But it did illustrate to us how effective and eye-opening it can be to operate with cash, particularly when it comes to discretionary funds. After all, when that stack of cash is gone, it’s just…gone. There’s no overdraft protection or “pay later” option when it comes to dollar bills.

Over the years since that first experiment, we’ve had varying levels of success getting a cash budget to “stick.” Our financial lives are much more complicated now, with a variety of automatic debits that move money to savings and pay for everything from web hosting to the gas bill; more money going out the door for kids’ activities and needs, and more discretionary income to make decisions about.

Plus, as both Jon and I are self-employed, the money shows up in a much more erratic way than it did back when we both got paid about the same amount every Friday.

I’ve always liked the idea of an “envelope system” in theory and believe that it can really help you maintain better control over spending. But the last few times we tried it was pretty much a disaster.

Looking back, I can see why.

First of all, I kept trying to set up our cash system much like it had looked in our early 20s, with envelopes for absolutely every expenditure.

But things have changed. In addition to the differences in our lives that I mentioned, prices have gone up, too. In 1998 or 1999, when we first tried the cash system, gas was hovering around $1 a gallon, and we were driving a car that held 14 gallons of gas, tops. That meant I could stash an extra $10 bill in my purse and always have enough to almost refill the tank. 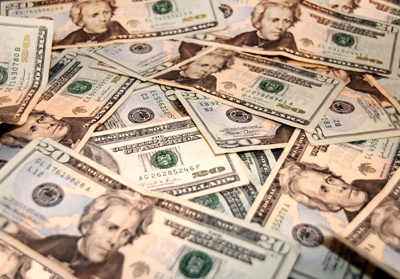 Now, considering gas hovers around $3.50/gallon and I drive a Yukon, it’s more like $100 each time I fill the tank. Plus, gas is what it is – I already don’t drive much, so there’s not a lot I can do to “save” money in this area. Using my debit card just makes more sense.

The other problem was that I always used to try to replenish envelopes weekly based on our old lifestyle of weekly paychecks. This required four monthly trips to the teller to get all the right denominations – totally not how I want to spend my Saturday mornings.

Plus, not everything can be broken up equally into four weeks – for example, my food bill can change dramatically from week to week depending on what we need and where I shop that week. A trip to ALDI is rarely more than $100, while a trip to my local grocery store could cost as much as $200. I’d end up ‘stealing’ from a different envelope to make up the difference until the next time I got to the bank, and then it would turn out I’d need that money too so I’d end up using my debit card and oh, how very confused I was.

But after giving up on the cash system entirely, when we got back on a more organized budget a few months ago I decided to give it one last shot. And this time, it’s actually…working, and working really well.

Here are the changes we made that are making it work this time around:

1) Our cash envelopes operate on a monthly, not weekly, basis. If you get paid weekly or biweekly, this can be tricky. We ended up pulling money out of savings to fund our first months’ worth of cash, and then the first income received for that month went into creating a month’s worth of cushion for the following month’s cash envelopes. Since we are self-employed we also switched to a system of paying ourselves a monthly “salary” all at once – I’ll describe that system in a future post.

2) We use a limited number of envelopes. Gas, utilities and the like are out. Now, the only cash envelopes we use are for expenditures that naturally happen in cash, and that we have a lot of control over and want help regulating. For us those are: groceries, restaurants/entertainment, beauty, and clothing.

I know some people using a cash system have a separate “blow” cash envelope for discretionary spending, but if I’m going to blow money it’s almost always going to be in one of the above categories so I decided to keep it simple and just roll it all together.

3) I allow borrowing between envelopes, and unspent cash carries over. Borrowing used to throw the whole system off, but with a limited number of a envelopes and a month’s worth of money in them, it actually works. Now I know that whatever is in my drawer in cash, regardless of which envelope it’s in, is all the money we have to spend on those four categories for the whole month.

So if I really want to order pizza tonight but we don’t have enough in the restaurant envelope, I might pull from the groceries envelope and then adjust our meal plan. Or I might decide to put off getting a haircut for another couple of weeks.

When we’re trying to plan a party or want to go to a nice dinner in a few weeks, we try to spend less so that we’ll have some money to ‘carry over’ into the next month.

Allowing for some flexibility in the plan has kept us from tossing the whole idea out the window, but bottom line: it’s still working. Here’s an example of how a modified cash system are keeping us more disciplined:

Last month I had to get some jeans and shoes for two of the boys and was going to run to Target. Before the cash system I probably would have just tossed whatever I found in the cart and used my debit card. Using magical mental rounding-down, I would have estimated that I spent “about” my monthly budget of $100 (even if it was really more like $175.)

But since I only had $100 total, I decided to check the kids’ consignment store first and found all the jeans there at less than half of retail. Even with the shoes – which I bought new – the total came out to less than $100.

Not rocket science, I know: people shop the thrift store and get deals all the time. But I had gotten so used to just using the card and lying to myself about how much I actually spent that most of the time, I wouldn’t even bother looking for a less expensive option.

That cash in the drawer serves as an important reminder that money is finite. And the satisfaction I feel at the end of the month when there’s still a little left over in an envelope is pretty addictive, too.

Do you use a cash envelope system? How do you make it work for you?