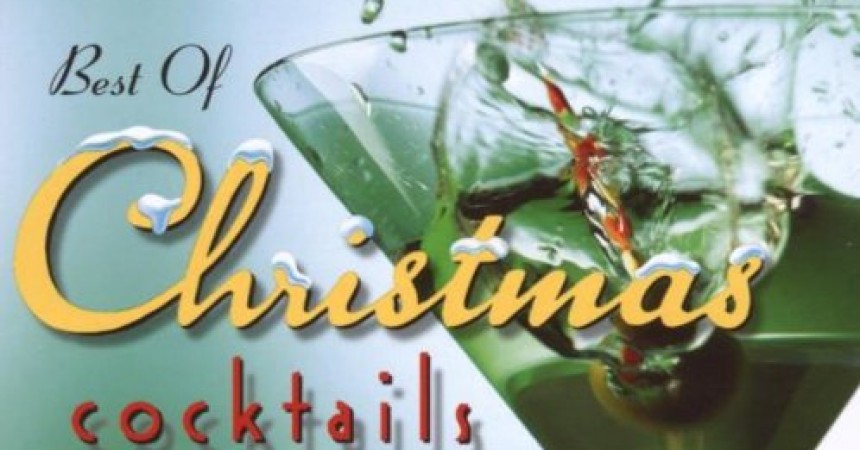 Is anyone tired of “Holly Jolly Christmas” yet? No? Well then, how about the controversial “Wonderful Christmastime” by Paul McCartney? (For the record, I’m strongly FOR that one, but I know my opinion is, ahem, not shared by all.)

As much as I love Christmas music, at some point the stuff that gets played on the radio – or even my carefully-strategized Pandora station – can become a little repetitive. That’s when I like to break out those less-heard holiday tunes that don’t get overplayed – or sometimes, played at all! – on the radio.

So Sarah and I decided to put together our list of old favorites and lesser-played tracks to get you through to Christmas. We’d love to hear if any of our current or childhood favorites are yours, too, as well as your favorite holiday tunes and the stories behind them.

Luckily it’s still not too late to pick up a new album before Christmas, and the digital version of each of these albums include preview tracks on Amazon.

Note: all links below are Amazon affiliates, which means if you click through and make a purchase it will benefit The Happiest Home at no extra cost to you.

I first heard this song on a compilation of jazzy Christmas music I bought in the late 90s. That CD has long since gone the way of, well, all the rest of the CDs I once possessed, but I  make sure to add it to my digital playlist each year. It’s such a fun, catchy tune, and I’m surprised it doesn’t get more radio play.

Another great tune from around the same era, though I think this one became popular in the 60s rather than the 50s. Definitely deserves a place on any jazz-lover’s holiday playlist.

Of all my childhood holiday favorites, none have been as neglected by radio stations and compilation albums as Harry Belafonte. My mom had a large collection of his records when I was growing up, but of all his music and all his Christmas songs, this sweet and unusual tune was my biggest favorite.

Nat King Cole gets plenty of airtime over the holidays, but I rarely hear this song playing in the grocery store this time of year. Which is too bad! Yes, “The Christmas Song” is a good one, but there’s a lot more to Nat than that! And this cheery tune was one of my go-to songs when I was little.

This actually isn’t the version I remember listening to on our record player growing up, a deep, resonant male voice, probably from the 60s or 70s. But I’ve forgotten whose version it was, so for now the Peter, Paul and Mary recording will have to do. It’s nice, but I sure do wish I could find the one I originally fell in love with!

I first became acquainted with this song when asked to perform it as a duet in church when I was about 10…and quickly regretted it when I realized how difficult a song it is to learn! But once I learned it, I fell in love with its mysterious melody and unexpected rhythms. I’m a bit of a purist about this one: I only really like choral versions. Pretty much any quality choral version will do, but you just can’t go wrong with The Mormon Tabernacle Choir!

The Lower Lights is a hymn revival group that, well, revives old hymns – in a way that feels both current and sort of folksy-old-school at the same time (imagine singing around the campfire – with really incredible singers). Both their Christmas albums are staples of my holiday listening, and I loved this song the very first time I heard it. I wasn’t familiar with the hymn, but it’s become one of my favorites to sing along to in the car.

Like a lot of classical music, about 10% of The Nutcracker score gets 99% of the air play. But as a former dancer and Nutcracker veteran, I love listening to the whole thing, and my very favorite bits are those you never hear piped through speakers in department stores. I actually had to look up the official name of this section because I think of it as “the section in between the battle and snow scenes”. If you want to add some big symbol crashes and dramatic orchestral swells to your life this season, I highly recommend these four minutes. 🙂

Okay, this might not really qualify as a lesser-played track for many of you, but somehow I missed listening to it until Pandora came on the scene a few years ago and it came on my “Christmas Crooners” station. I don’t know why exactly, but I love everything about it.

When I was in high school I sang in our school’s A Cappella choir, which was well known in our town for its Christmas concerts held in a historic old mission. The first piece of sheet music I opened on my first day of choir in tenth grade was “Go Tell It On The Mountain”, and the song always brings back happy singing memories. Truthfully, I’ll sing along to almost any version of this song, but I included a link to Anne Murray’s because my parents loved this album when I was growing up, so it’s a part of my musical childhood.

Want to listen to our holiday music playlist right now? Click any of the tracks in the Spotify player below!