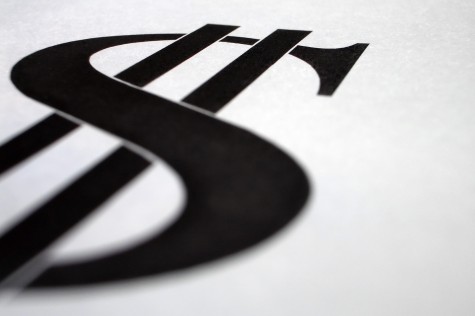 I’ve stated here before that for much of my 20s was an unqualified financial disaster. And since I’d like my kids not to repeat my mistakes – or at least, not to the same degree – it makes me a very happy mom when I see them making good choices with the meager amount of money that passes through their hands.

I talk to the boys about earning, spending, saving, and sharing and give them real-life examples of what things cost to help them appreciate the value of a dollar.

But I admit, I haven’t involved them much in shopping. Maybe because when you have five kids, going to the store with all of them at once just seems like punishment? Plus, my boys have never been too picky about what they wear, and it’s overwhelming enough trying to keep track of multiple supply lists without kids swarming around.

But this year I received a challenge from Women & Co, a financial website for women from Citi: help the kids make a back-to-school budget, take them with me to the store, and have them make some of the decisions about what to buy.

I realized that, especially as my big boys get older and pickier about what they want to wear and use, shopping together can be a great opportunity for them to learn just how far a dollar will get you.

To sweeten the deal, Women & Co/Citi provided me with 10 $50 gift cards to use and share with my readers. I gave each boy a $50 gift card for clothes, and reserved a fifth $50 gift card for supplies. I decided to take the kids in two groups – the oldest two boys, then the youngest – to keep chaos levels at a minimum.

Here’s how it went down:

One of the things I really want my kids to learn is that cheaper and more is not always better. Sure, you can pick up some school supplies super cheap, but if the cover rips off the notebook in a month or the binder completely falls apart before the end of the year, you’ve thrown away your money.

Yes, you can buy glue sticks in bulk, but if the kids aren’t going to use more than two or three this year and the rest dry out, it’s pointless and wasteful.

I was impressed with how well the kids grasped this concept. “How about this notebook?” my son Isaac asked. “The cover seems pretty tough.” He was right, and even though the notebook was a few bucks more than the ultra-cheapo version, I’m confident it will last the whole year.

A note on reusing school supplies: we do usually have a surplus of stuff at the end of the year, which I inventory before I head out shopping. I generally buy the kids new pencils, crayons, and markers, and put the used ones in our at-home art basket (which is usually in need of re-filling anyway), but we often re-use binders, folders that are still in good shape, rulers, protractors, scissors, pencil boxes and even notebooks that have just a few pages used.

This is why I label all re-useable items with our family’s last name only. I am amazed sometimes at the things that have survived to get passed down from kid to kid to kid to kid, starting with my oldest son’s Kindergarten pencil box.

Predictably, William and Owen, my two youngest boys, didn’t care much about their clothes. They each picked out a fun t-shirt and a pair of jeans (on my suggestion) at Target, and chose to spend the rest on new backpacks, which weren’t strictly needed but definitely justifiable as they’ve been using hand-me-down packs from their big brothers for several years.

They were surprised to find out that that wiped out their gift cards, as they had thought $50 was “a WHOLE lot of money”, but were satisfied with what they got.

My oldest son Jacob – who started high school this year – was intent on getting “cool” new clothes. I planned to supplement his gift card since $50 won’t get you very far in the men’s department (yes…sob….my son is now wearing men’s clothes and shoes!), but didn’t tell him right away because I wanted him to really feel the pinch. The most memorable moment was when he was considering a $35 hoodie.

“That’s more than three-quarters of your money. You’d have about $10 left,” I pointed out.

“Yeah, never mind.” He ultimately chose an equally-cool hoodie on sale for about $17. I was so proud.

My second-oldest son, who’s in 7th grade, wandered around Target and JCPenney but just didn’t get very excited about anything he saw. Because he has the big-brother hand-me-downs, he’s all set on basics (jeans, etc) but was looking for something a little more fun that expressed his personality.

By the end of the first hour I could see him getting that glazed-over look that told me he was overwhelmed with options and feeling anxious. When this happens to me, I feel compelled to start randomly tossing things into my cart just so I can be done with it all, which isn’t exactly great for the budget.

So I suggested that we shop online as it would be less pressure to buy something just to buy it, and we could spend time comparison shopping.

That turned out to be a great move. We found a novelty t-shirt site that was right up his alley, and by Googling the store’s name + “coupon code” I was able to get 20% off, plus free shipping. Isaac got three funny tees that are perfect for a wise-cracking kid like him and still had a couple bucks left over for a pack of gum or something.

When he bought the shirts, which were a little on the pricey side for t-shirts, I explained to Isaac that he could probably get 4 or 5 shirts for the same amount if we went back to the stores and shopped sales racks. “Would you rather have three shirts you love, or five shirts you kind of like?” I asked.

He chose three shirts he loved, and I think it was a smart decision.

Overall, I was really impressed by some of the choices the boys made, and how quickly they grasped the idea of quality over quantity, what makes something a good value, and how fast $50 can slip through your hands.

I guess what they need now is practice. We all need to flex that money management muscle to make it stronger, and the younger our kids start building it, the better off they’ll be. I’m picturing a lot more educational shopping trips in the future.

If you’re like me, back-to-school shopping isn’t over yet! Those needs keep on trickling in at the beginning of the year, and sometimes costs take you by surprise. To help, I’m giving away 5 $50 Visa gift cards, provided by Citi/Women & Co. Here’s how to enter:

1. Leave a comment here (scroll down to the regular comments box rather than using the Facebook commenting feature.) In particular, I’d love to hear your thoughts on one of the following:

3. For a third entry, subscribe to my email list and then leave an additional email letting me know you did. (No spam, I promise!)

Five winners will be chosen at random using the plugin And The Winner Is. Make sure to provide a valid email address in the “email” field when you comment! (email addresses are not viewable to the public.) Once contacted,  you will have 48 hours to claim your prize by responding with a mailing address. If you do not respond within 48 hours, the prize may be awarded to another entrant. This contest is open only to adults 18 and older who reside in the United States or Canada. Redemption of gift card is governed by gift card terms. Children should be supervised in the use of gift cards.

Good luck! Can’t wait to hear what you have to say about kids, money, and budgeting.