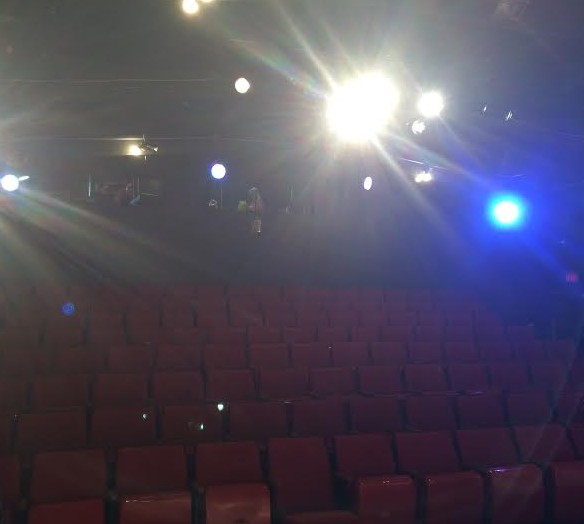 A few months ago I pushed myself past my comfort level by auditioning for a local community theater production, something I haven’t done in over a decade.

I was excited when I got cast in a small role (one of the many wives in “The King and I”) but I won’t lie…I found myself feeling a little bit ambivalent about it, too. What if I realized I just wasn’t as into the process of being in a show as I used to be? What if the production turned out to be terrible and I was embarrassed to be in it? What if I screwed up and regretted putting myself out there?

I found myself superstitiously not talking about the play much, not even telling local friends I was in it because I wasn’t sure I wanted people to come.

It was easy at first to avoid the subject, and I didn’t truly feel the level of commitment I’d agreed to until this week.  As a family-friendly amateur theater with lots of kids in the production, the rehearsal schedule was very light for the first five weeks or so.

But then we hit tech week – the last week before a production opens – and things kicked into high gear. Rehearsals went from a few hours once a week, to four-plus hours every single day.

Tech week is where the rubber hits the road, and when your dedication to the show can be seriously tested. Seven straight days in the theater, spending hours in a tight space with lots of other people, getting in and out and in and out of costumes and makeup, can be exhausting. 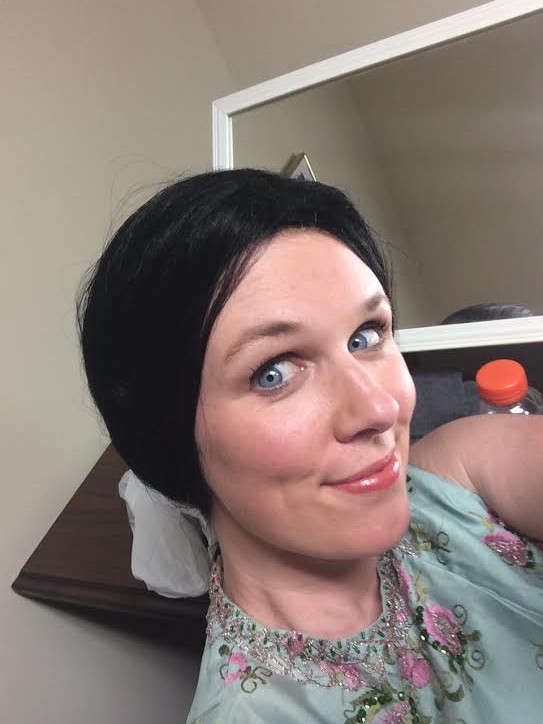 me in costume. Including a ridiculous wig.

And I admit, I waffled a bit. Was this really what I wanted? Was it worth giving up my late-spring evenings, a week’s worth of dinners with my family, and hours each weekend in June?

Still, it didn’t matter. People were counting on me, and so whether or not I was 100% sold on my decision, I’d committed, so I was all in.

On Sunday, about 2/3 of the way through an eight-hour rehearsal,  I thought: “Gosh, this is getting long.”

On Monday, right before I left the house for a four-hour evening rehearsal, I thought “Ugh, do I have to do this again? I really wanted to eat dinner at home tonight…”

On Tuesday, I thought, “Why are there so many children in this play? And why are they so loud?”

On Wednesday, I thought, “I’m exhausted, the week is only half over and this show is a mess. What have I gotten myself into?”

But on Thursday, the final dress rehearsal, when suddenly all the disjointed pieces came together and the kids in the cast were well behaved and adorable, and the women nailed a particularly difficult piece of music we’d been bombing all along,  I thought, “Now I remember why I love this.”

The Friday and Saturday performances flew by, I had fun, the audience seemed to like us, and several times I felt a touch of that high I used to get when performing.

I’ll admit it: I’m still a little ambivalent about the place the theater has in my life right now. I still love it, but am finding that I don’t have the same space in my life to make it my singular focus I did when I was younger, and feeling that conflict definitely takes away from the experience.

On the other hand, I’m still easing back in, right? Maybe I’ll try another show and see how it goes, or maybe I’ll decide there’s another way to scratch the performance itch for now.

But I never would have known any of this if I hadn’t seen this process through from beginning to end, from showing up for the audition to pouring my energy into each rehearsal to putting on the best performance I can for each nights’ audience.

Nothing is any fun when you phone it in. And there is something to be learned and gained from every new experience when you are really invested in it.

It’s a good metaphor for other things I try in life, I think. Go all in. Try something new and see it all the way through. Pour in your energy and see what comes out the other side.

It might not be what you thought it would be, and you might decide to do something different next time. But if you don’t show up, commit, and invest yourself,  you’ll never know what it could have been.

This afternoon at our 4:00 matinee, and for the next three weekends, that’s exactly what I’ll be doing. And I’m looking forward to seeing what I learn from it.