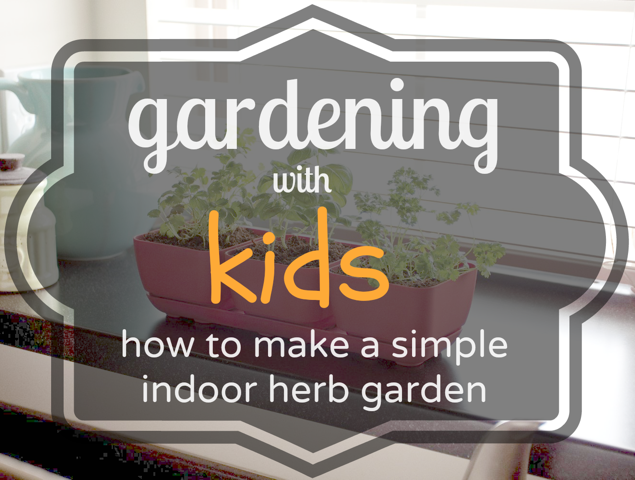 I’ve always wanted to think of myself as the kind of mom who grows herbs indoors using a DIY seed-starting kit, turning toilet-paper rolls or egg cartons into frugal mini-gardens which nurture her child’s green thumb, creativity and resourcefulness.

In reality, I’m the kind of mom who intends, every year, to start seeds indoors eight weeks before the ground is warm, or start a windowsill herb garden, but always forgets to gather the supplies or set aside an afternoon for putting together a system.

So this year, I decided to skip all the usual “Oh man, I can’t believe I never got around to that!” and make things easy on myself.

Yes, it would have been a lot cheaper to scour the garden center for seeds and soil and repurpose household objects as planters, but I decided that buying a pre-assembled kit was worth the $15 – $20 it would cost because this way, the project would actually get done, and sometimes that’s what counts most.

In fact, I decided to try out three separate kits so that I could come here and report which one was easiest to use and got the best results. Here goes! 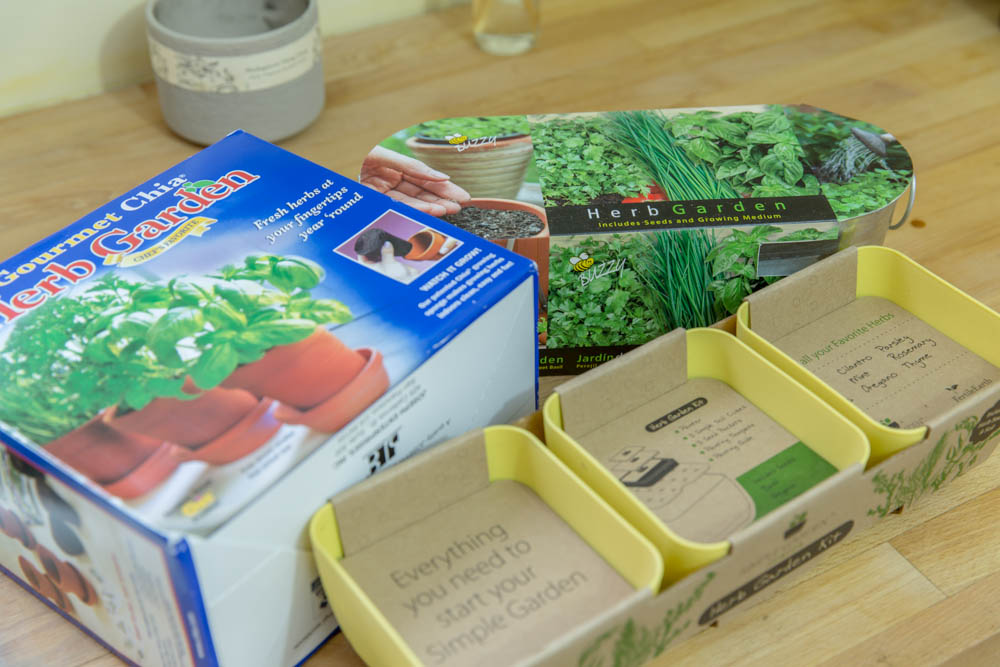 all links are Amazon affiliate links, which means I’ll earn a commission if you click through and make a purchase.

The three kits I decided to try out were: 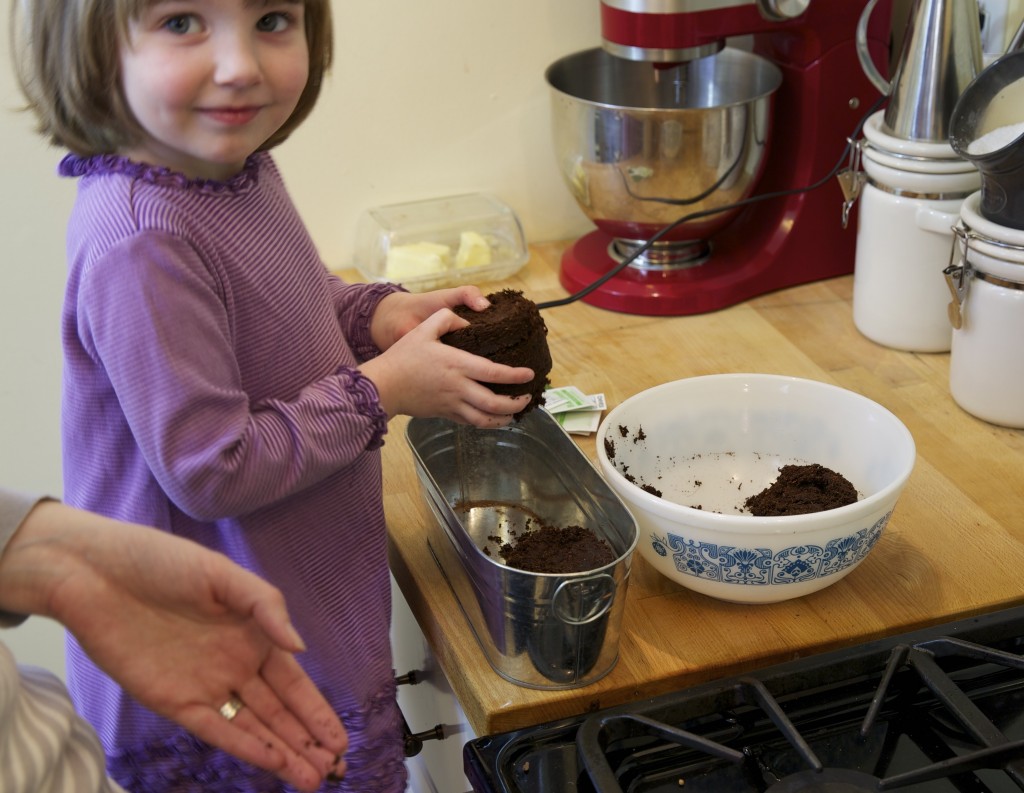 All three kits had a few things in common. Each had a bag of “planting matter” (soil mixture), seeds, and containers to plant in. All had extra seeds so you could choose which ones you wanted to start with and save the rest.

The Simple Garden Jr. and Buzzy kit (pictured with Clara, above) both required us to soak a little dried-up soil disc in water before it magically transformed into “planting matter,” while the Chia kit came with three plastic-wrapped, fully-hydrated soil packets that perfectly fit into each little terra-cotta pot.

The Simple Garden Jr. and Buzzy windowsill herb garden kit were both on the messy side since we had to hydrate each “soil disc” in a bowl of water first, but Clara didn’t mind getting her hands dirty at all, which I guess is partly the point, right? 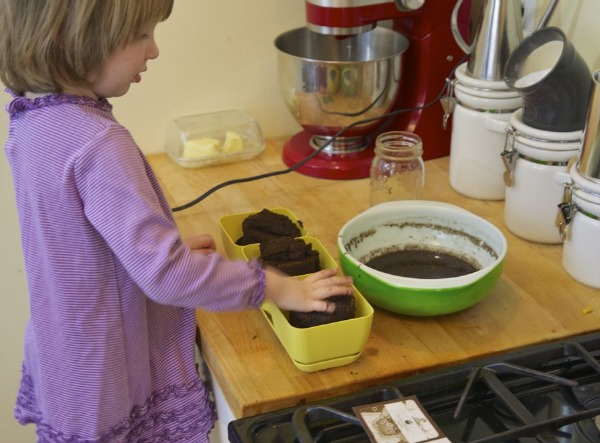 Of the three, the Chia kit was by far the easiest to use. It came with extremely detailed instructions, which I sort of felt like an idiot for needing. But when you’re dealing with a weird pre-moistened “planting sponge” instead of, well, regular dirt, it’s easy to second-guess what seems to come naturally. The Chia kit also had nice, clear markers for each plant, which ended up coming in handy when the plants were teeny seedlings.

The Simple Garden Jr., despite its name, really seemed to be the most complicated to get started. The instructions weren’t super detailed (though again, this isn’t exactly rocket science) and each container came with a little “template” you are supposed to use to space the seeds out evenly. The problem is that the cilantro seeds didn’t even fit through the holes! And I’m not convinced that the others were any more evenly spaced because of the template.

After scattering the seeds (all you have to do is sprinkle them on top of the soil, except the chives, which needed to be planted a little more deeply) and giving them some water, we covered each container with a plastic bag, then stuck them all on top of the refrigerator to germinate since it’s pretty warm up there.

Then I got busy and sort of forgot about them for a week or so. By the time I remembered to check and give them water, some teeny seedlings were sprouting up through the soil.

(Note: the cilantro seeds took longer than the rest to germinate, and appeared to look fuzzy/moldy just before sprouting. I gently pushed them down further into the soil and removed the plastic to reduce moisture, and they were sprouting within days. No idea if what I did helped or if it was just a coincidence.)

A week or so later, the herbs started growing in earnest! I moved them to a spot under the kitchen window, and rigged up a reptile lamp just above them to supplement our rather weak March sunlight. 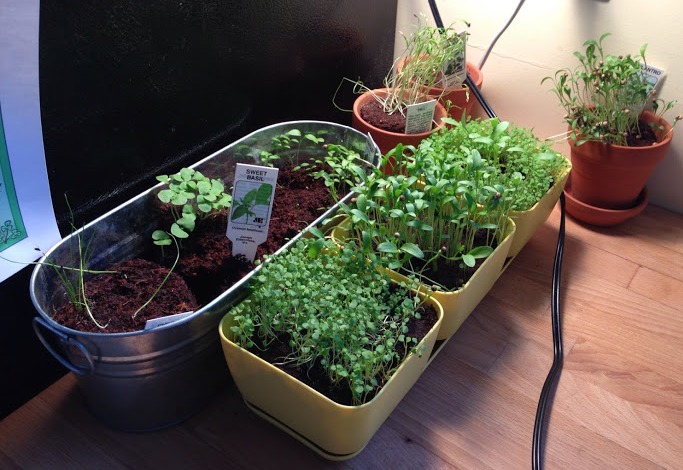 As you can see from the light, we experienced irregular results. To my surprise, the  Simple Garden Jr. did, by far, the best. All three of the “crops” in that kit sprouted up lushly. The Chia Gourmet Herb Garden Kit did pretty well, too. The cilantro and dill both thrived early, but the sweet marjoram has straggled.

The Window Sill Herb Garden kit by Buzzy really didn’t do well at all. Every time I watered the garden – mind you, a gentle sprinkling of water! – an entire layer of soil seemed to wash away, which didn’t seem to happen with either of the other two kits. It’s possible that the herbs I’ve been trying to grow using that kit, including chives and sweet basil, are simply harder to grow than the oregano, cilantro, dill, and mint that came on strong in the other kits. But the difference in the immediate success was pretty striking.

It’s too bad because the Buzzy kit has such a cute little container, but I also noticed there were no holes for drainage, which may have contributed to the lack of growth. The Chia and Simple Garden Jr. kits both have draining pots with trays underneath. (I also liked that the Simple Garden Jr. kit came in several color choices.)

Weeks later, the most thriving crops are still the oregano and cilantro in the Simple Garden Jr. kit. I use the cilantro daily, smashing it up with avocado to add to sandwiches, and sprinkling it in black beans and tacos. I’m planning to dry a bunch of the oregano, which has continued to grow in thick and lush and smells absolutely wonderful, especially now that the sun has finally started coming through and heating it on the windowsill.

But above all, the most fun part has been watching the kids’ faces when they check on “our herbs” and help me snip off cuttings to add to our meals.

Maybe I did take the wimpy way out by going with a kit (er, okay, three kits in the spirit of experimentation) rather than pulling all the materials together myself, but hey: I figure what matters is that I grew something with my kids, and that now we get to enjoy the flavors of our not-so-laborious labors.

If you want to try it yourself, here’s how I’d rank the kits we used:

3. Window Sill Herb Garden by Buzzy, around $15 – not particularly successful in my experience, but might be worth a shot, and at least the cute container will be useful for something!

If you’re in a not-quite-planting-weather yet climate like me, or live in a very hot area that would fry outdoor herbs, or simply want the convenience of a windowsill herb garden, give an herb garden kit a try! It’s an easy and simple way to grow fresh herbs, and your kids will love the process…no matter how bountiful your harvest is in the end.