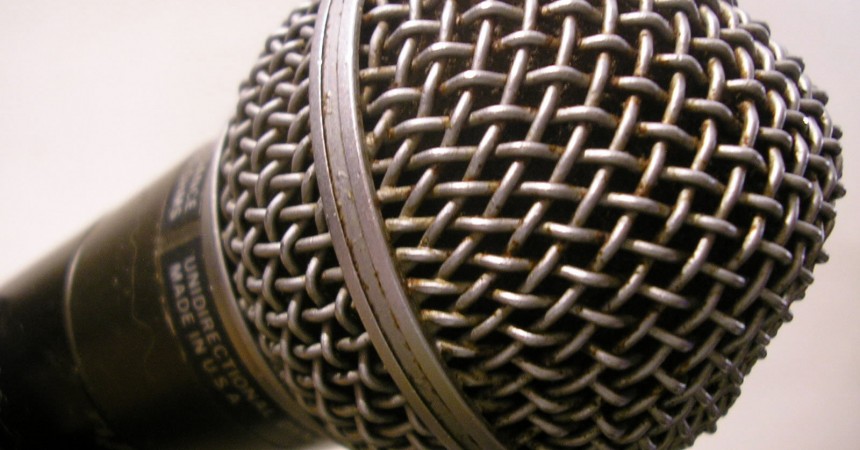 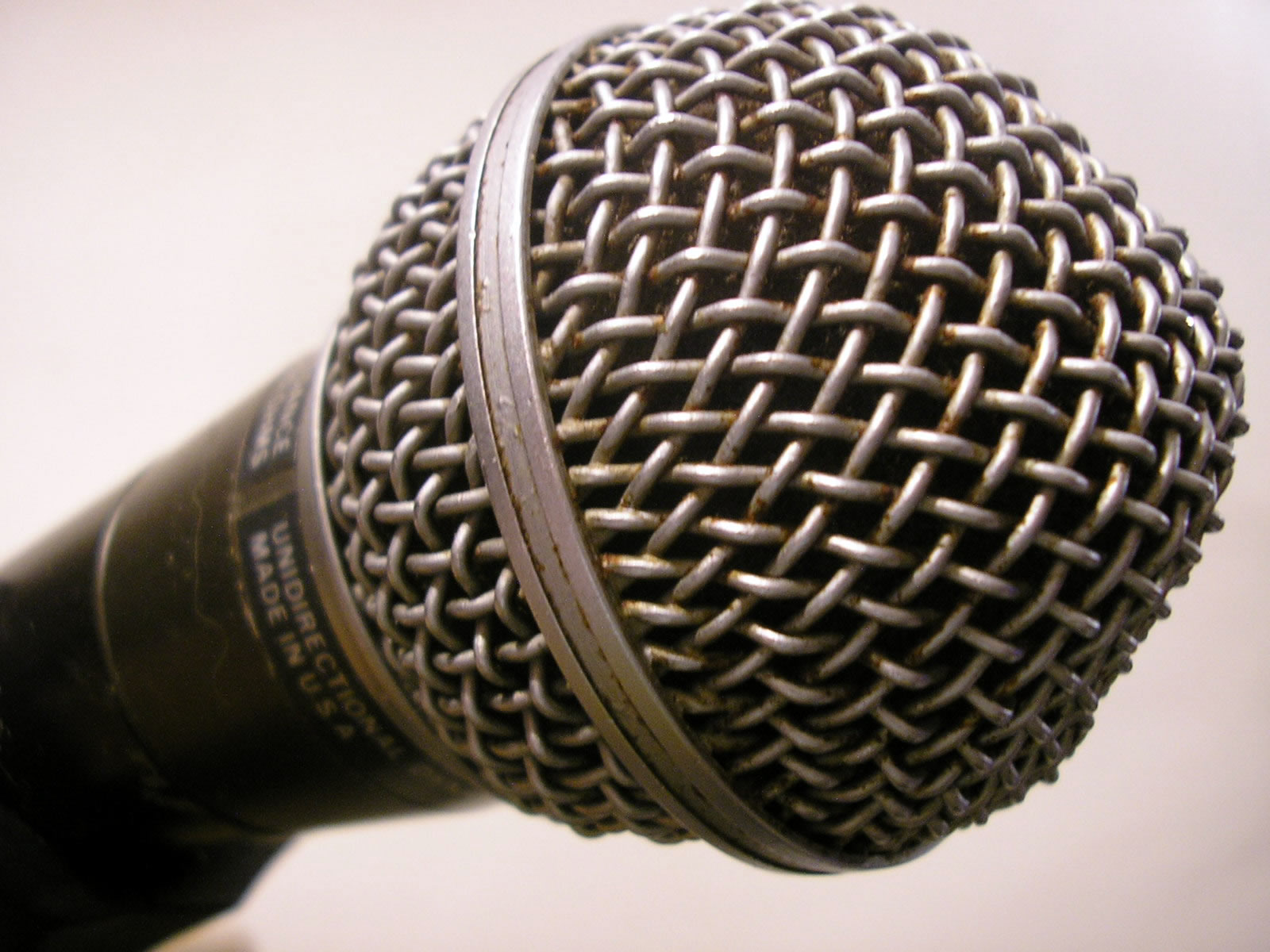 Last month I did something that scared me: I took a voice lesson.

But that was then, you know? Over the past decade and a half I’ve mostly just sung in the shower, and it’s been so long since I’ve had formal training that I couldn’t even say for sure what my vocal range is anymore.

I’ve been meaning to get back to it – either performing, or just stretching my voice on a more regular basis – for years, but have chickened out, again and again.

When I was younger, I was fearless about performing. I was the first one to grab the karaoke mic (no stiff drink needed) and didn’t even get nervous at auditions.

I guess after all those years of disuse, my performance muscle had become weak. I’ve become unaccustomed to standing in front of a room and belting out a song, and less and less confident in my skills as the time has gone by.

Plus, over the years I’ve gotten good at other things, and have forgotten what it feels like to be an ignorant beginner. Admitting that I don’t really know how to use my voice effectively, and need a lot of help and practice to be good, is harder at 36 than it would have been at 16.

But finally, I made myself do it. I contacted the music school and – gasp! – even followed up when my original email went unanswered. I deep-breathed away impending panic as the day grew nearer, and ignored the nagging voice in my head that urged me to call and cancel.

I had no idea what I should bring to a voice lesson, so I showed up on the first day of class with nothing but a smile and a check for a month’s worth of classes (so I would be forced to go back.)

And I learned a few things.

First, I can still sing! Yes, I’m rusty and need a lot of practice, but I was pleasantly surprised to realize that I haven’t been delusional all this time.

Second, there were awkward moments. Plenty of them. I kept forgetting to breathe from my diaphragm (the muscle that supports your lungs and allows you to sing more strongly and sustain notes longer). I didn’t open my mouth wide enough when I sang those sustained vowel sounds and they sounded pinched and breathy.

My instructor asked me what kinds of songs I like to sing, and for some inexplicable reason I became totally tongue-tied and couldn’t think of a single one (of course I thought of about two hundred on the drive home.)

But you know what? Awkward moments happen. Letting yourself feel silly, ignorant, and very much not on-top-of-everything puts other people in the position to help you. You get through the awkwardness and the embarrassment, and on the other side there is learning, growth and accomplishment.

On the other hand, never put yourself “out there” and you’ll never know what you might be able to do.

When we avoid experiencing discomfort, we never learn what we’re capable of.

I really don’t know what my musical future holds. Maybe I’ll be satisfied singing casually. Maybe I’ll look for performing opportunities again, whether it’s in a choir or a musical.

But either way, I’m so glad I pushed through the discomfort and nerves and forced myself to take this essential first step. Four weeks after that first, uncomfortable lesson, I’m finding my groove again, feeling more and more confident every time I walk into the studio, and – yep – singing a lot better than I was just a month ago. 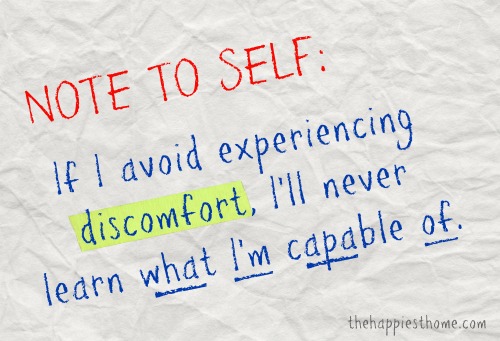 If you have a skill or talent that’s been lying dormant for a while, maybe you know what I’m talking about. There’s a first step you need to take to get on the path, but you’re afraid…afraid of failing, afraid of looking foolish, afraid of finding out you aren’t as talented as you once thought or that you lost your skills in the upheaval of new motherhood.

If you’re feeling that way, I want to challenge you to do what I did: let yourself feel silly. Just accept it as an inevitability and even laugh at yourself a little.

The nervousness, embarrassment, and awkwardness won’t last. But experiencing those feelings may be the only way to get back to that thing you love.