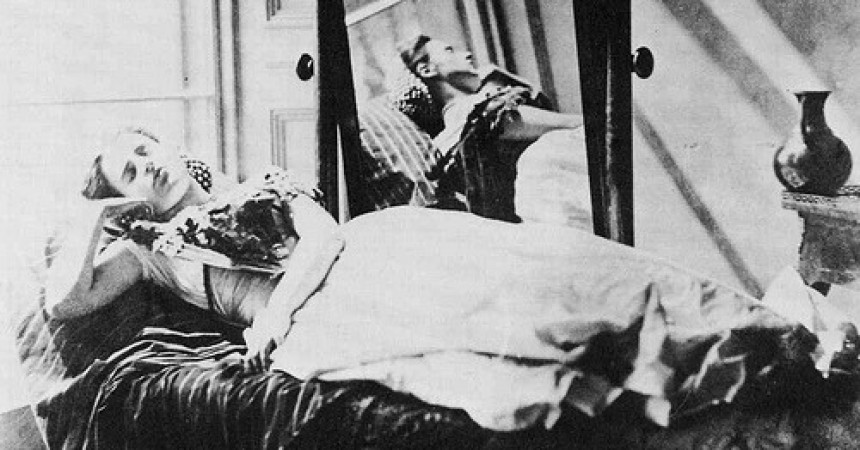 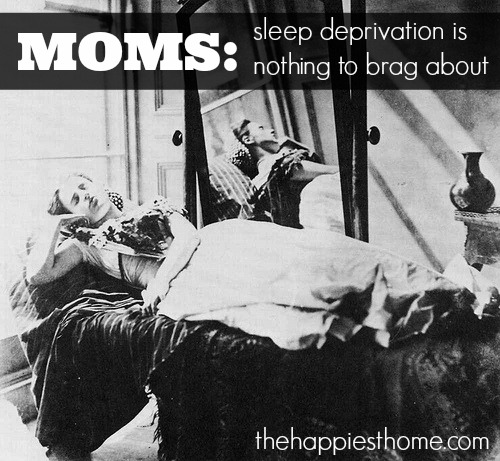 Recently I shared a “typical” (which, we all know, is really hard to define) day in my life as a work-at-home blogging mom. In the post I wrote that I get out of bed at 7:15, start winding down – mentally – around 8:30, am usually in bed by 10, and often fall asleep with my Kindle in my hand shortly after.

In response, a reader wrote this:

After wasting twenty minutes coming up with a variety of snarky responses, I dashed off a quick reply and went about my business.

But hours later, I found myself still thinking about the comment and realized it was because I know I get more sleep than a lot of people do, and I’ve always felt a little “different” because of it.

Now, let’s define “more sleep.” I log between 8-9 hours a night, (10:30ish when I fall asleep, a little before 7 when I start to rouse) but it isn’t exactly the deep and dreamless sleep of a wee babe. I still get regularly nightly visits from small people, my husband snores (sorry for outing you, dear, but I’m pretty sure everyone on our block already knows) and I often wake in the night for one reason or another.

Ever since becoming a mom I’ve been such a light sleeper that if the dog tiptoes into my room and breathes next to my bed, I wake up.

But still. Let’s just say, for the sake of argument, that I get 8.5 solid hours of sleep per night, every night. With a little extra on the weekends.

And, let’s assume that, per the above comment – and the complaints, pleas, and humble-brags of tens of thousands of mothers on social media – that most moms are getting more in the range of 6 or 7. Or maybe even less.

We all know that sleep deprivation is endemic in our culture. Women – particularly moms – just aren’t getting enough of it, and the lack affects every area of their lives: relationships, parenting, sex, health, even safety. (Yes, schlepping your kids around in your car while exhausted is downright dangerous.)

Yet there’s this puffed-up pride, this image of motherly efficiency and busy-ness, surrounding the idea of running ourselves ragged until we drop into bed at 11 PM or midnight, then getting up five or six hours later to start the whole cycle again.

I like to sleep. I always have. Since becoming a mom, sleep has been an even bigger priority for me than it was before, because I realize how much better I function – and mother – when I’ve gotten plenty of it.

Can I make it on 5-6 hours of sleep per night? Absolutely. If I push myself until I hit that second wind, I can stay up until 11 or 12 or 1 and get up early the next morning without too much effort.

But after a week of running on 6 or even 7 hours of sleep each night, something starts to change. I lose clarity and sharpness. I have a harder time carrying on a conversation with my kids or my husband. I start to lose interest in things that are important to me, like making dinner or exercising.

I start mentally sputtering in the mid-afternoon, instead of hitting a period of sharp focus like I do when I’ve got a good night’s sleep under my belt.

It’s not worth it.

So, most of the time I’m careful to get as much sleep as I need. I go to bed when I start to feel run down. I sleep later than many. (Psst: sometimes, I even go back to bed for a quick snooze after sending the kids to school. For shame!)

I know well that many women are burning the candles at both ends out of necessity or circumstances (early motherhood, hello!) and I definitely don’t want to pile on to their possible feelings of guilt or despair.

I realize that I’m fortunate to have the option of getting enough sleep in the first place. And I know that some women really don’t need more than 6 hours or so to feel good.

But neither do I like the idea that running on fumes is something to be proud of or to strive for. That it somehow equals being more productive, a better parent.

And it’s not just this one comment that’s been nagging at me, but a general sense in our culture that the more you sacrifice on “leisurely” things like sleep, the more noble, busy, needed, worthy you somehow are.

I refuse to play that game.

When I’m awake, I want to be really awake: energetic, happy, doing things that matter to me and enjoying them.

And when I can’t, I’d rather be snuggled down under the covers.

Would I get more done if I got less sleep? Maybe, though I’m not convinced I necessarily would. But I wouldn’t be a better person or love life any more. There’s such a thing as enough…for today, for a lifetime.

No matter what time I go to bed, there will always be something that didn’t get done. Personally, I’d rather face that to-do list with fresh eyes and some pep in my step.

I’m guessing most moms would. And I wish they’d give themselves permission to get the rest they need to make it happen.