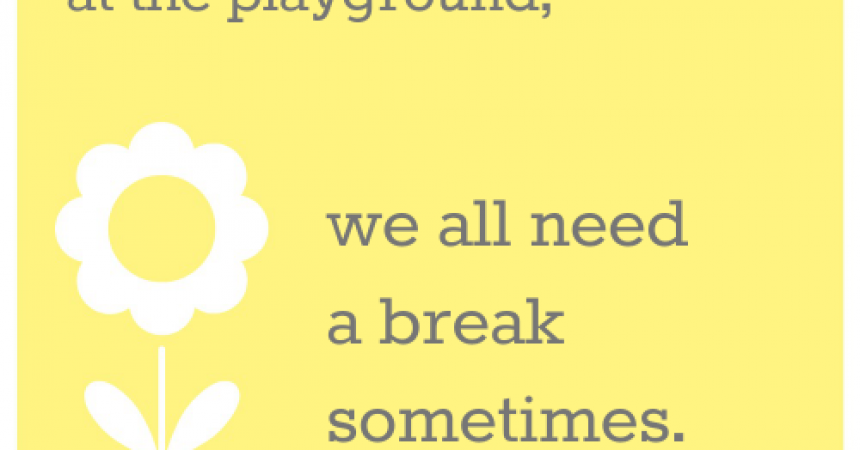 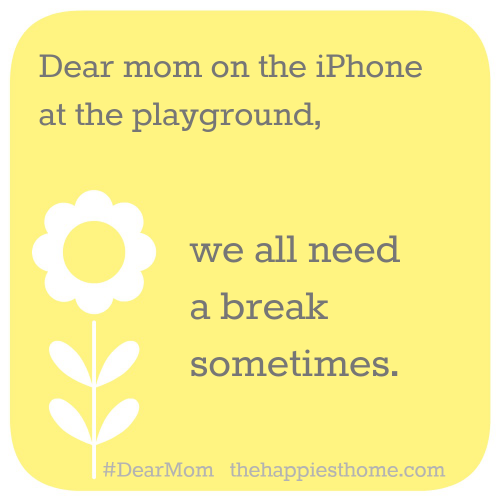 I see it every day.

“Dear mother who was on her iPhone at the playground…”

Vague, one-liner complaints aimed at random strangers have become a staple of status updates, tweets and blog posts, a way to vent frustration while also – let’s admit it – feeling a wee bit superior to other moms and dads at times.

True, you don’t have to look far to find examples of bad, sometimes dangerously bad, parenting. Sometimes another person’s actions inconvenience us, or may even hurt us or our children. So what’s wrong with venting?

I’m guilty of my own vent-y one-liner rants about random people such as the woman who sent me the bad PR pitch and the UPS guy who didn’t knock before leaving the “not at home” slip stuck to my door. And maybe, once in a while, a clueless parent who inconvenienced me.

I never gave it much thought until recently, after reading a “Dear moms who: ____” post that left me squirming in my seat and fighting off the urge to defend myself for having once done something similar. I knew the post wasn’t about me, specifically, and yet…it could have been. 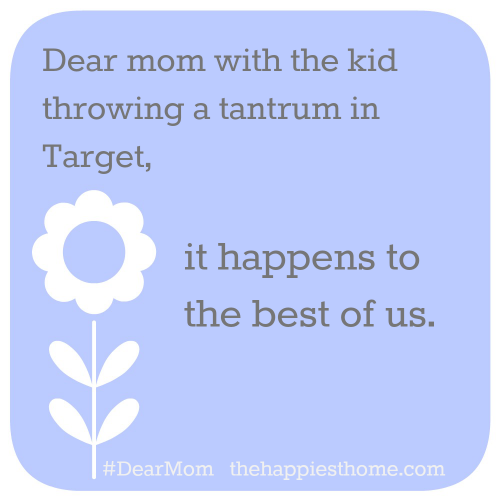 Here’s the thing: Chances are good that, at some point in time, we’ve all done something that might end up the subject of somebody else’s passive-aggressive “dear mom” post.

Sure, the writer might be addressing the specific woman she saw cutting in the school pick-up line in her post, but guaranteed, a bunch of us read it and think “Is she talking about me?”

Has my child ever bowled another over at a playground…maybe without me even noticing (maybe because I was texting!?) Probably.

Have I ever snapped at my child in the checkout line? Almost certainly.

We all do things we regret. We all mess up. We all fail to live up to our own standards. Every single one of us has harmed, or inconvenienced, or just disappointed, another person with our actions.

It sucks to be on the receiving end of bad behavior, and it can be grating to watch somebody who appears clueless or rude, even if it doesn’t directly affect you.

But venting to all 1000+ of your closest friends doesn’t do a thing to fix the situation. The person who did whatever made you angry will almost certainly not see your post (unless if you’re writing a vague post aimed at one of your friends, which is, like, passive aggression to the extreme.) Instead, a bunch of other parents, who may or may not have ever done something similar, will read it and wonder if it refers to them, or if they’ve done anything like it to deserve a vent. 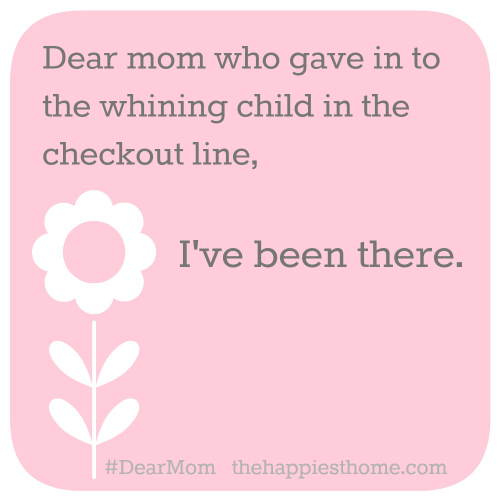 Of course there will be times that we’ll find ourselves rolling our eyes or inwardly groaning at other parents’ behavior. I think that’s only human. But we also have the ability to send a text to a friend or tell our spouses later if we really need to complain, rather than using our social networks as sounding boards.

If an issue is really important to us, we might write a detailed post educating other parents on how ______ affects our families or kids. That approach is so much more likely to start a conversation and change behavior, anyway, rather than just inviting a flurry of pile-on complaints and defensiveness. 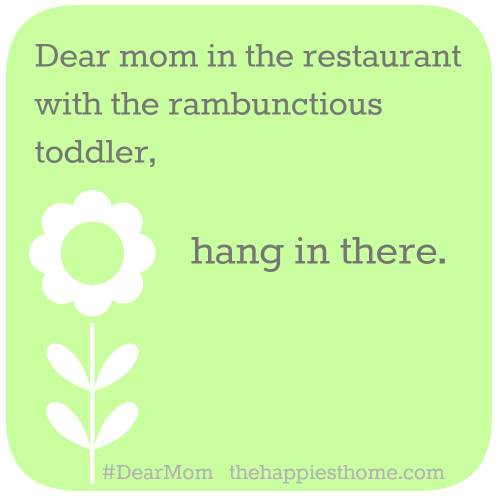 I think we have a real opportunity to create a kinder and more supportive social environment by weighing carefully what we broadcast.

And in the spirit of Mother’s Day, I would love for us to collectively change the meaning of the typical “Dear Mom…” status update.

What if we replaced those “dear so-and-so” vents with supportive messages that any mom can relate to? What if we thought back to a more difficult time in our lives – maybe one where we faced each trip to Target with anxiety over a potential meltdown or did a bad parking job at school pick-up because it always happened during baby’s nap time and we were desperate not to have to get out of the car – and remembered that sometimes, we all make choices that other people might not approve of?

What if we approached those annoying moments with compassion, a sense of empathy, and perhaps some words of support for other moms who are where we’ve been? 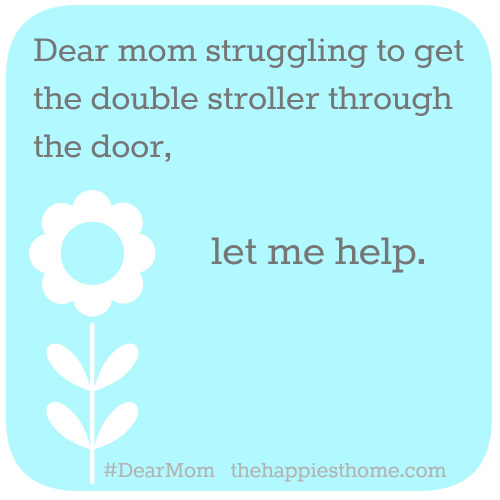 Let’s try it. This week, I’d love for you to share one of the Dear Mom graphics in this post on your social networks. Let’s turn the “dear mom…” vent on its head and open up a real conversation about the mistakes we’ve made, the things that bug us and how we can all be part of the solution. If you’d like, tag your posts with #DearMom and/or our Twitter handle @thehappiesthome so they’re easy for us to find and share!

And let’s take it a step further – why not chime in with your own supportive “dear mom” idea? You can leave it in the comments here, or in our discussions on Facebook and Twitter.

To a mom in a tough place, criticism can feel so awful, but simple words of support and understanding can mean so much. I’d love to see these helpful messages spread to counter-balance the negativity that’s out there, and with your help we can really make an impact.

You never know how big a boost they might give a fellow imperfect, but trying-her-best mother in your life.

Note: After writing this post and sharing the images on Facebook and Twitter, I stumbled across a post at The Mom Pledge with a very similar mission to this one! I really respect Elizabeth’s mission at The Mom Pledge and wanted to make sure to call attention to her post…and the fact that she used the hashtag first! If you want to write your own “Dear Mom” post, I encourage you to join in the linkup at The Mom Pledge!

Tags:#DearMom Dear mom on the iPhone