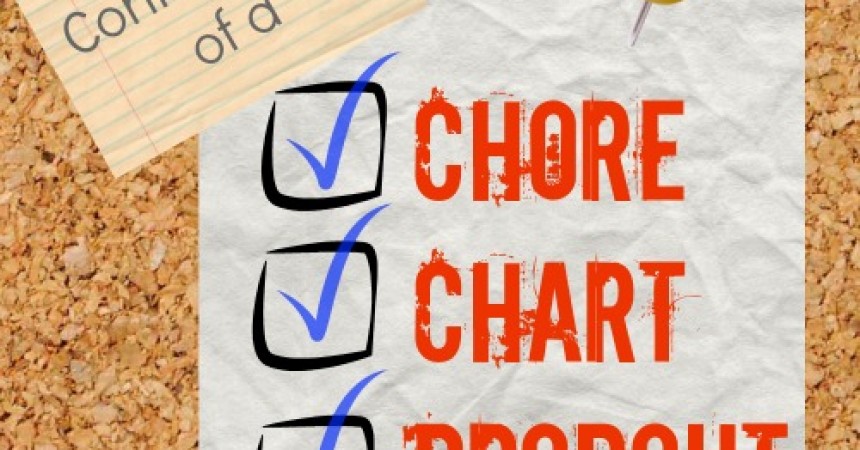 The other day a friend posted on Facebook asking for suggestions for an automated chore chart that rewards kids with points they can then cash in for screen time, etc. “Cool idea!” I said to myself. “I should look for something like that!”

And then I went about my business and completely forgot about it. Because, who am I kidding? Nearly sixteen years into motherhood, there are some tricks this dog is just too old to learn.

My problem has always been implementation. After creating said charts, I’d hang them and promptly forget their existence. The kids might check off boxes or affix golden stars for a few days, but sensing my lapsing interest, they’d soon trail off.

The chores still got done, mind you. It was the checking-off that never did. And I finally realized that it wasn’t important to me that we have a record of tasks getting done, so long as they get done!

I guess it’s just an example of the how we all have different household management styles. I’m pretty hands-on in my house. I like being able to delegate different tasks to different kids on different days, depending on my needs, my mood and which kid seems most in need of a little housework.

At the same time, I’m not much of a list-follower. I like making lists, but once a list is completed I almost immediately want to rebel against it. (I’ve made peace with my daily to-do lists by regarding them more as suggestions than directives.)

I’m also an active household manager. I like to sum up what needs to be done and delegate accordingly, and I’ve never minded having to ask family members to do chores, even if I have to ask them every day.

I guess, if our house was Downton Abbey, I’d be Mrs. Hughes and Carson rolled up into one. Everyone has certain tasks that are usually expected of them, but they might get a surprise request at any moment (and they all know it’s their responsibility to handle said tasks with aplomb and good cheer.) I delegate based on what needs to be done at any given moment, and expect my kids to go above and beyond a checklist if asked.

I know that chore charts can be useful in a lot of ways. In theory, they keep moms and dads from having to remind kids of their regular chores over and over. They can give kids a sense of ownership over “their” tasks, and a tangible way to mark off an accomplishment. And let’s face it, sometimes they’re just plain gorgeous to look at.

But I don’t think they’re necessary, by any means. And I’m a little bit embarrassed now to admit that, back when my oldest kids were young, I actually felt guilt over not having a chore chart hanging in the boys’ bedroom, wondering if I was falling down in the discipline department.

Now that my big boys are 13 and 15, I’m happy to tell you that they are both active and reasonably cheerful contributors to the household tasks. They do the dishes, mow the lawn, clean up their rooms, carry out the trash and bring in the groceries, promptly and (mostly) without complaint. The younger kids don’t have as many chores yet, but they pitch in when needed and have their own (short) list of regular chores.

My kids may not have gotten gold stars or experienced the satisfaction of moving a magnet to the “done” column. And they don’t earn money or screen time based on completing household jobs, either. But maybe they get satisfaction in other ways: from a job well done, from knowing they’re helping out, and from my sincere “thank you.”

So if you’ve never gotten around to ordering that beautiful chore chart – or bought it but still haven’t hung it on the playroom wall – don’t despair. I promise, you aren’t failing your kids if you use other methods of reminding them of how they’re needed around the house.

As far as I’m concerned, the important thing is that kids see themselves as part of a team, and recognize the value and necessity of their household contributions. Whether you remind them of their chores via a chart, a verbal reminder, or telepathy (you know, if that’s a skill of yours) seems irrelevant.

The goal is simple: kids who see themselves as valuable and needed and rise to the occasion. And if the proof is in the pudding, I have to believe I did an OK job in this area…even without chore charts.