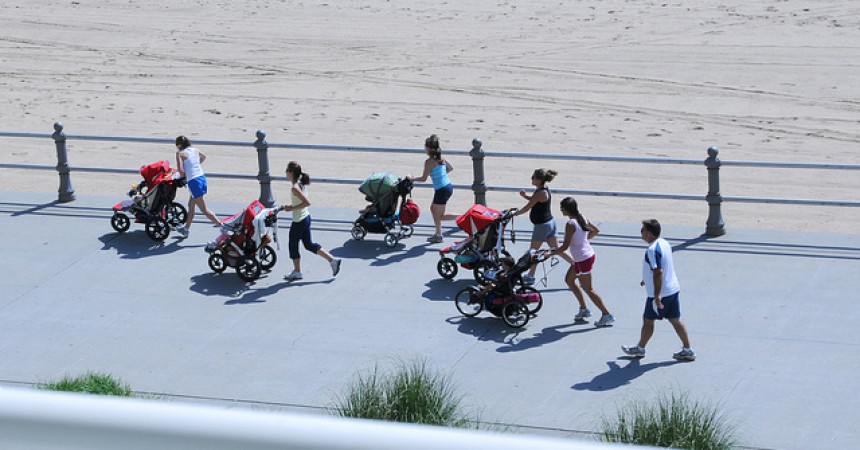 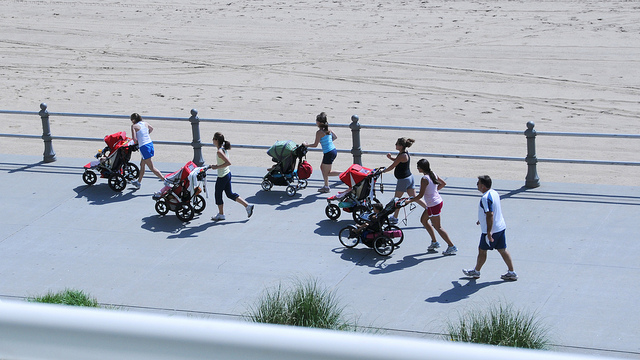 One of the most common questions I hear from other mothers is: “Why is it so hard to make mom friends?” While some of us have serious challenges to friendship (like living out in the middle of nowhere, for example), for many of us the obstacles to creating a support system are more typical and a lot less insurmountable.

But I believe your future friends are out there somewhere–and it’s worth sticking it out until you find them.  This “getting to know other parents” stuff won’t just happen on its own; it requires effort and often, a little discomfort on our part.

So how to move past the “it’s hard” stuff and forge friendships anyway? Here are five tough-love principles to help:

It’s not easy to admit that we’re needy, is it? But sometimes that’s just what we have to do to get the other person’s attention and make the best use of limited time. So say what you’re thinking, like: “I just moved to town, and don’t know any other moms yet. Do you know of any playgroups or mom get-togethers around here?” I bet you’d be surprised how readily the other mom will cough up the info. Who knows: she might be thinking the same thing and will be thrilled you took the first step.

It’s tempting to scout only for other moms who seem to do things the same way you do or have a similar lifestyle to yours. But most of the time, you can’t judge another mom’s parenting, life, or values by the few minutes you see her in public. Besides, who knows? It might seem like you have nothing in common–she drove up in her brand-new Lexus while you rattled up in your ten-year-old beater; you’re there with your laptop and a mother’s helper while she’s frolicking barefoot with her kids–but you might find a surprising amount of simpatico in somebody who, on the surface, seems like your complete opposite. Plus, even if the two of you aren’t meant to be best buddies, she might be able to connect you to a larger group. Bottom line: you have nothing to lose by striking up a conversation.

You know that mom everybody seems to know–the social butterfly who always has somebody to talk to and seems to know all the preschool gossip? I’m guessing if you watch her for a while, you’ll realize that part of her secret to social success is simply being around.It’s tougher for moms who work during the day or those of us who have multi-aged children and can’t volunteer in the classroom or chaperon every field trip, but we can still look for opportunities to be visible:

I’m going to be honest with you here: I hate ripping tickets, running concessions and waiting around outside a classroom for school to let out, so I totally understand why you might not want to sign on for those jobs. But if you’re lonely, sometimes you gotta suck it up and show up anyway.

When it’s time for one of you to go, don’t say something vague like, “Well, I guess I’ll see you around…” or “It would be great to get together again…” Trust me: it’ll never happen. Set a date, or ask for her email address so you can get in touch when you get home. And if somebody else tries to make a date with you, do your best to be available! Again, if you want to meet people, you have to show up. Also, a word for those of you who, like me, would much rather people just dropped by than trying to schedule everything: unfortunately, much of the rest of the world doesn’t really work like that. I have friends with whom I schedule get-togethers via a “Want 2 come over 4 lunch?” text message at 10 AM, but that kind of seat-of-pants planning absolutely wouldn’t work for the other 75% of moms I know. If you really want to strike up a friendship you sometimes have to play by the other person’s social rules, and that might mean–shudder–scheduling two-hour playdates two weeks in advance with somebody who lives three doors down. That doesn’t mean you can’t hang on to your last-minute come-on-over policy, of course; just that you can’t assume it’ll work for other people’s schedules or sense of propriety.

Don’t give up if your first few efforts at reaching out aren’t reciprocated. It’s almost certainly not personal. I’ve let plenty of balls drop with perfectly lovely women who I really would like to develop a friendship with…only I’m slammed with deadlines, or my two-year-old has decided she won’t nap at all if I don’t get her down precisely at 1:12 PM (and playgroup starts at 1:00), or my life is simply feeling really full and I can’t add one more thing…even if it’s just a coffee date. As a mom with a similarly full life, I’m sure you can relate. So instead of writing off that other mom as too snobby or wondering if you smell weird, just chalk it up to the two of you operating on different frequencies at the moment, try again, and if there’s still no response…move on.

Have you found that being open, persistent, specific, around, or honest has helped you make friends? If you’ve got a great support network, what’s your secret?